Jude Law has finally confirmed his wife, behavioural psychologist, Phillipa Coan has given birth to his sixth child after weeks of speculation.

The actor, 47, revealed the happy news during an interview with Jimmy Fallon on The Tonight Show on Monday. It's the couple's first child together.

When asked what he's been up amid quarantine, Jude said: 'I've been gardening. Oh! And on top of that I had a baby. So there you go." 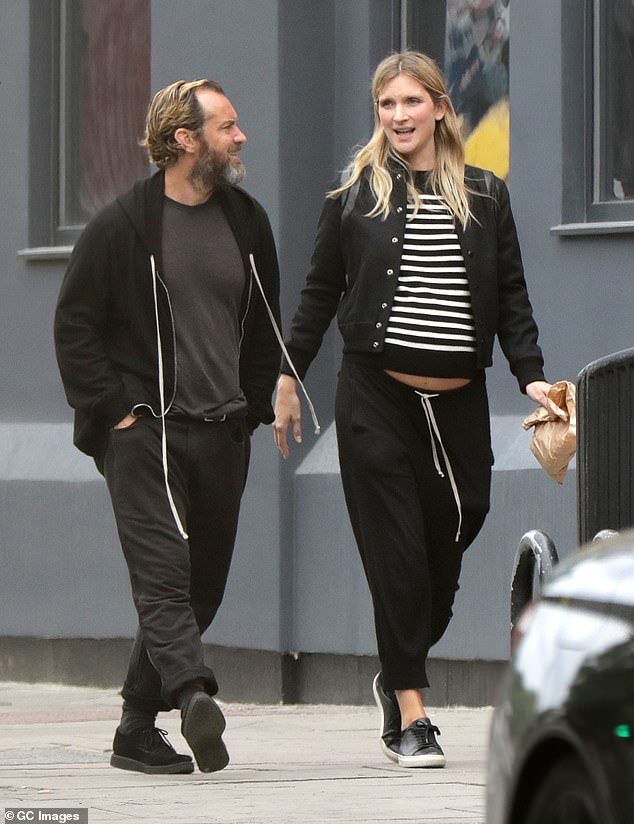 Congratulations: Jude Law has FINALLY confirmed wife Phillipa Coan has given birth to his sixth child (pictured on June 9 after the baby was born)

The actor said 'it's really wonderful' and shared that he and his wife felt 'blessed that they could just nest as a family.'

Jude and Phillipa, 33, who were first spotted

PREV Catherine Deneuve, 76, exudes elegance in a black dress and sequinned scarf
NEXT Alesha Dixon believes having BGT forced off the air could 'work in the favour' ...