Cheer star Gabi Butler took to Instagram on Friday and shared her heartbreak in an emotional response to the stunning arrest of her friend and former teammate, Jerry Harris.

The FBI arrested Harris in Chicago on Thursday and charged him with producing child pornography. According to federal court records, the 21-year-old is accused of contacting an underage boy on social media and trying to entice him 'to produce sexually explicit videos and photos of himself' and send them to Harris.

'Like most of you, I am shocked, dismayed, and deeply saddened by the recent news concerning my friend and former teammate Jerry Harris,' Butler began in her lengthy statement. 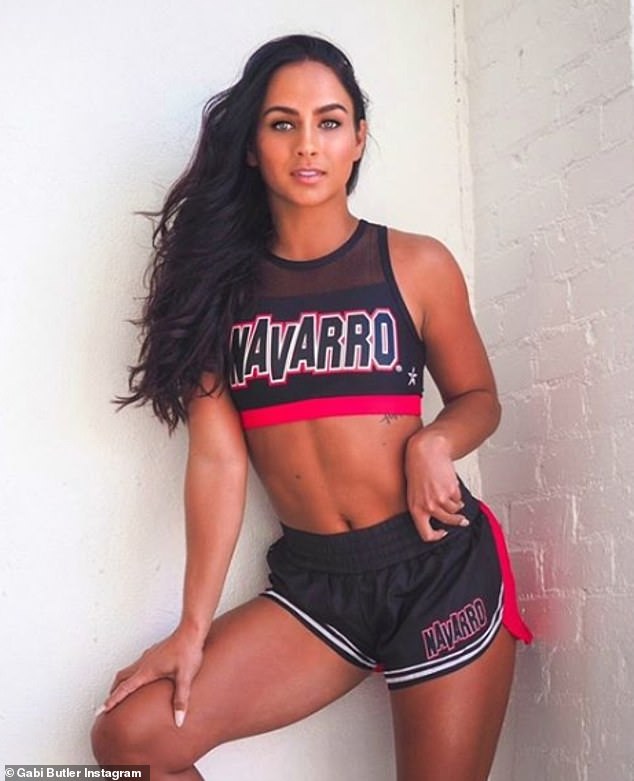 Emotional: Gabi Butler, 22, shared her heartbreak over the arrest of friend and Cheer co-star Jerry Harris on a producing child pornography charge 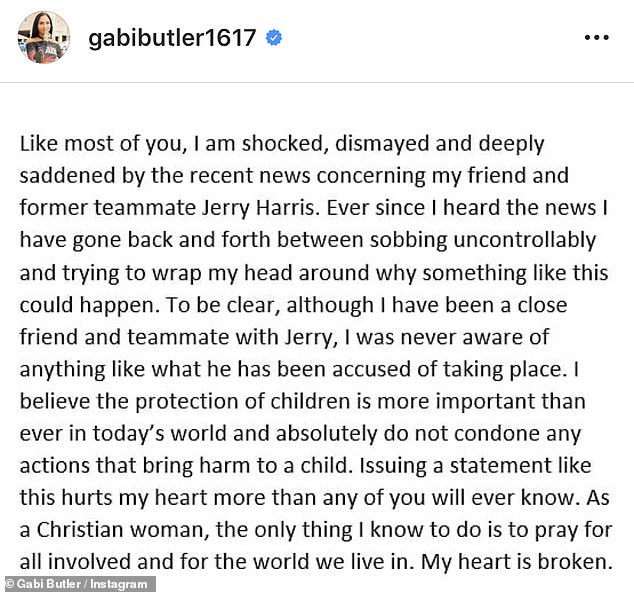 Disbelief: The Cheer star confessed she is still crying uncontrollably over the arrest of Harris and the allegations levied against him

Butler confessed she has been crying uncontrollably since learning the news of her friend's arrest and the allegations levied against him. She also shared how she's still 'trying to wrap my head around why something like this could happen.'

'To be clear, although I have been a close friend and teammate with Jerry, I was never aware of anything like what he has been accused of taking place,' the 22-year-old cheerleader added.

'I believe the protection of children is more than important than ever in today's world and absolutely do not condone any actions that bring harm to a child.'

She concluded: 'Issuing a statement like this hurts my heart more than any of you will ever know. As a Christian woman, the only thing I know to do is pray for all involved and the world we live in. My heart is broken.' 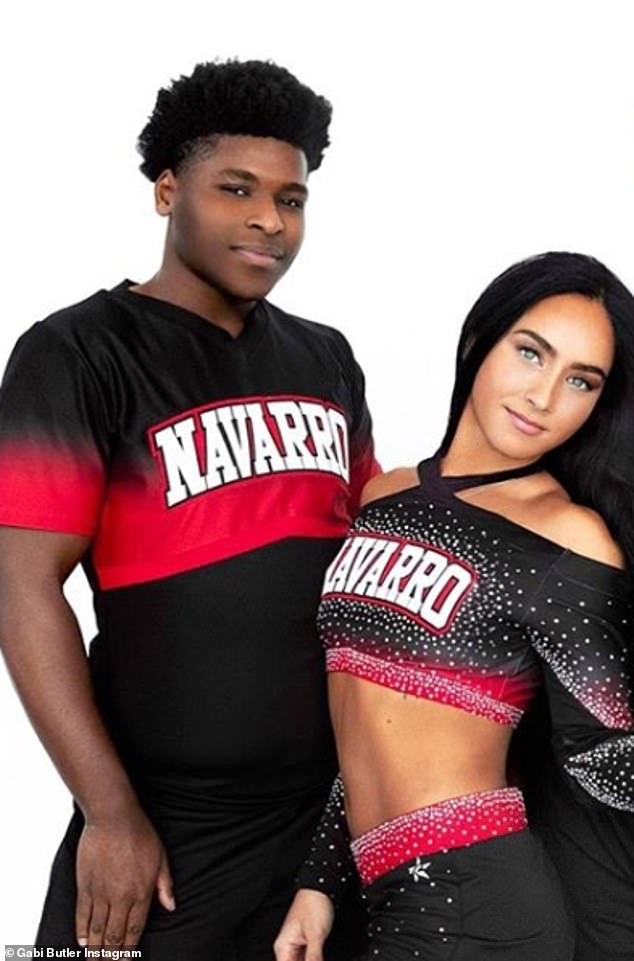 Stunned: Butler said she was not aware of anything Harris has been accused of in recent days 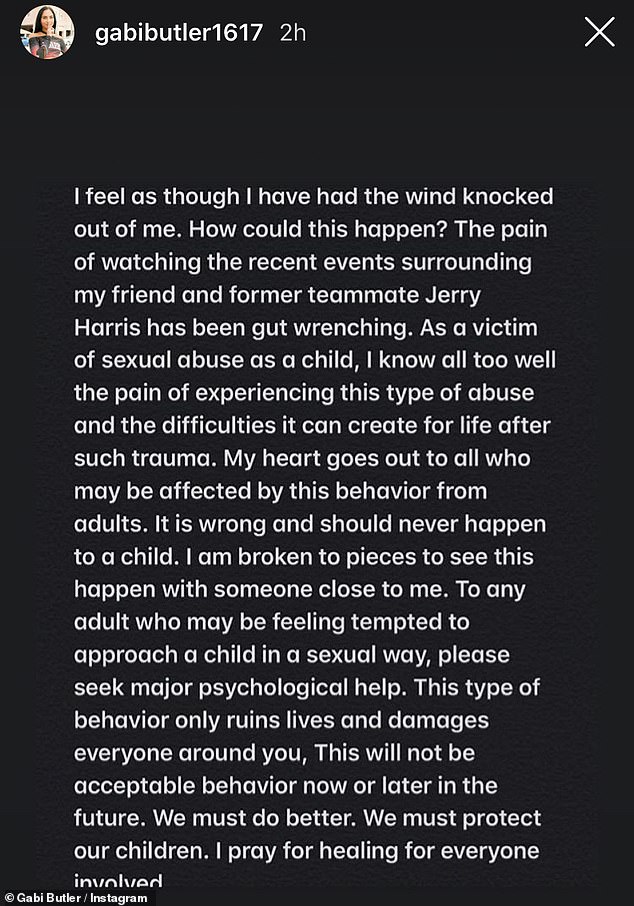