He's one of the nicest guys in Hollywood.

And Hugh Jackman, 51, proved his nice guy credentials yet again on Saturday, while walking his beloved dogs Dali and Allegra in New York.

The masked-up X-Men star happily chatted to NYPD officers as he strolled through the city's West Village neighbourhood. 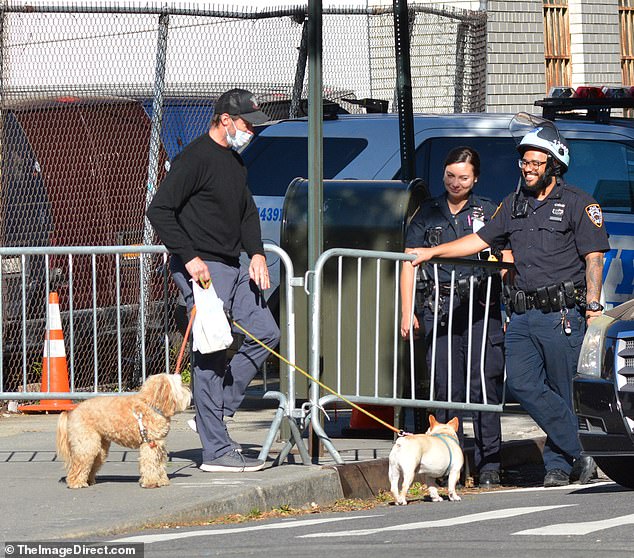 Ahead of the Grammy Awards, Hugh looked calm and relaxed as he shared a brief conversation with officers on duty.

Despite the sunny day, Hugh opted for a pair of loose-fitting blue chinos and a plain black sweater.

He finished his outfit with a pair of blue sneakers and a black trucker hat. 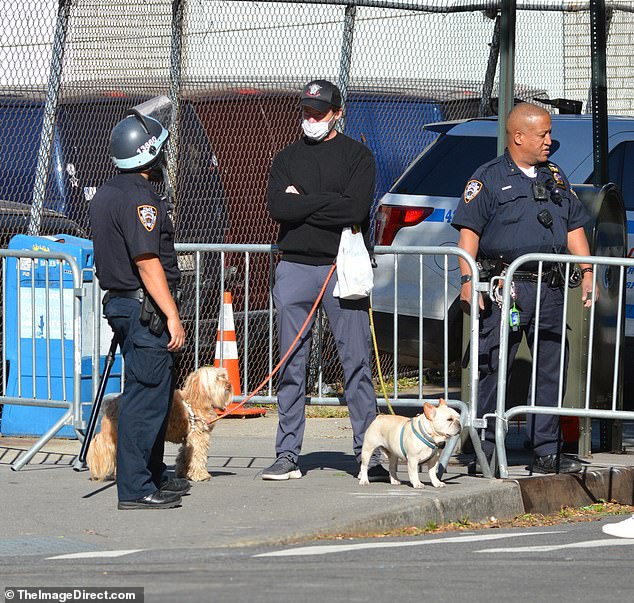 Nice guy: Hugh chatted with the officers while taking his dogs Dali and Allegra for a walk

Believed to have also been running a few errands, Hugh carried a number of items in a plastic bag.