Denise Van Outen is latest star CONFIRMED for Dancing On Ice... yet her announcement is thwarted TWICE by Linda Robson as she lets slip the big reveal on Loose Women

Denise Van Outen has become the latest star confirmed for Dancing On Ice, yet her announcement was thwarted by Linda Robson.

As they big news was unveiled on Wednesday's Loose Women, the TV icon, 46, appeared to discuss the excitement however pannelist Linda sadly pipped her to the post by confirming that she is headed to the ice.

By means of hinting, the Loose Women panel opened an array of envelopes including a picture pf Denise Welch, a transit van, and a breakfast fry up - to mark her time on The Big Breakfast - but then accidentally barked: 'Van Outen!' 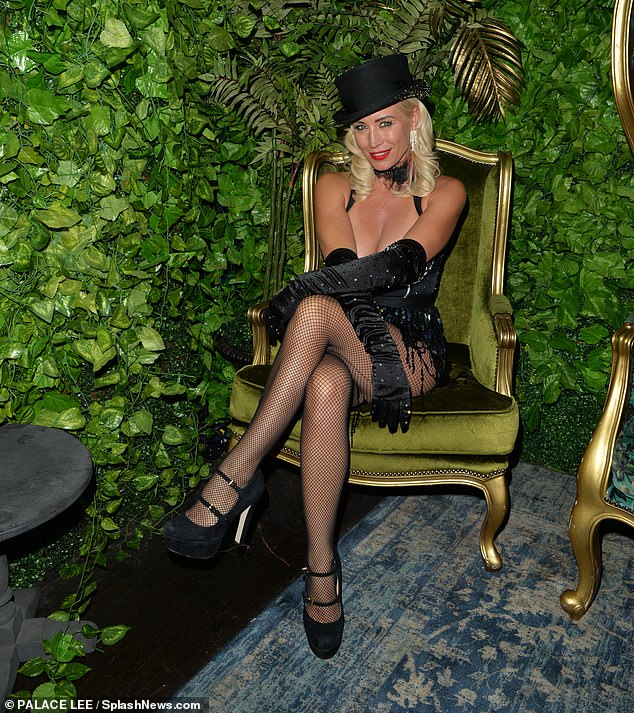 Yay! Denise Van Outen has become the latest star confirmed for Dancing On Ice, yet her announcement was thwarted by Linda Robson

Last month, it was reported that Denise has signed up to the upcoming series as a contestant in a staggering £40,000 deal.

It was alleged that she had been confirmed for the next series of the skating show and is believed to have signed a deal worth around £40k, according to the Daily Star and on Wednesday the exciting news was finally revealed.

The Cabaret star is understood to have 'jumped at the chance' to take part in the show when it kicks off in January after impressing at an audition last month.

A source told the publication: 'Bosses are thrilled to have her on board. They know she will give it her all in training and be popular with viewers.'

The mother-of-one is a