The feud continues: Kyle Sandilands takes a swipe at 2GB host Ben Fordham as he wins the AM breakfast radio ratings - a year after branding him a 'piece of s**t' live on air

And fellow radio powerhouse Kyle Sandilands couldn't help but take a swipe at his rival on Tuesday, after the first Sydney radio survey since Jones stepped down revealed that Fordham was No. 1 in the AM ratings.

Speaking on his own KIIS 106.5 show, Sandilands, 49, joked that the reason why Fordham had retained listeners was because 'most people that listen to to 2GB don't even know how to change the radio'. 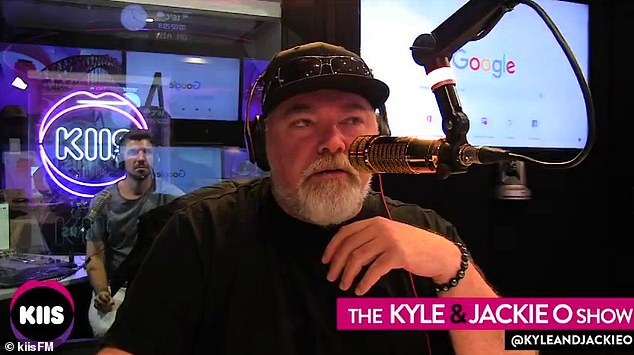 He couldn't resist! On Tuesday, Kyle Sandilands (pictured) took a cheeky swipe at 2GB host Ben Fordham after he topped the Sydney AM radio ratings

As his co-host Jackie 'O' Henderson laughed along, Sandilands added: 'A lot of them are on respirators at the moment, so it was very difficult to change the channel.'

Fordham had faced widespread scrutiny after taking over Jones' breakfast show, but came out on top when the results were released on Tuesday.

The ratings also revealed that Kyle and Jackie O were still Sydney's most popular FM breakfast show, topping the rankings for the fourteenth time.

'So well done him, well done us and suck d**k to everyone else that took a tumble in the ratings,' Sandilands added. 'That's the headline there: suck d**k!'

The two men have not seen eye to eye in recent years, with Sandilands infamously branding Fordham a 'piece of shit' during a live broadcast in April 2019. 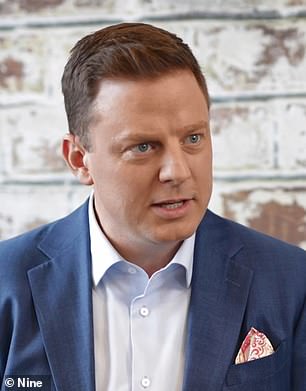 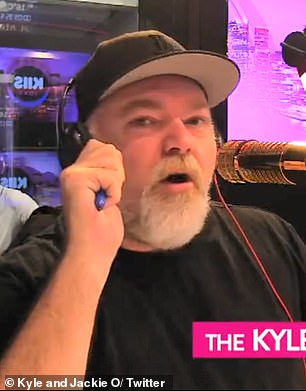 Winner! Fordham (left) came out on top on

New Zealand votes AGAINST legalising cannabis but for euthanasia in landmark ...