And Damian Hurley was once again taking to the photosharing site as he posted his latest stunning snap for his 90,400 followers on Monday.

The son of Elizabeth Hurley, 18, looked striking as he went shirtless with his trademark sleek locks pulled into a ponytail while slinging a Canon camera over his shoulder and asking how his fans' days were going. 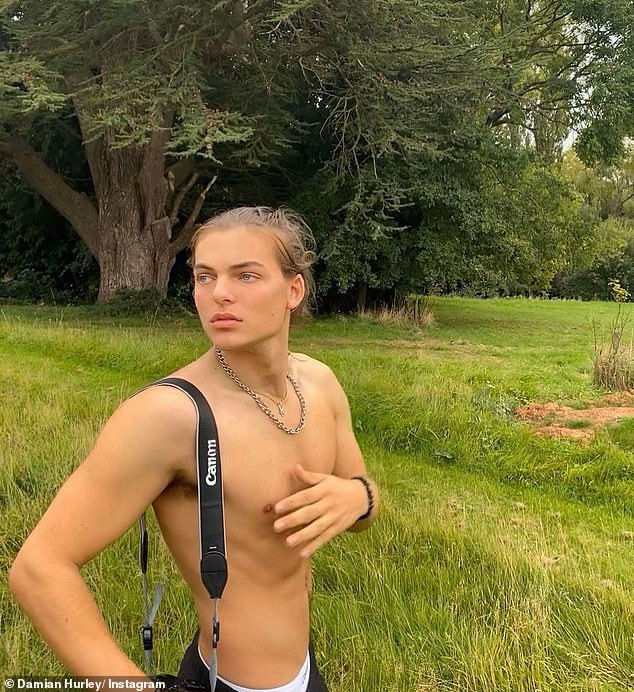 Snapping session: Damian Hurley was once again taking to the photosharing site as he posted his latest stunning snap for his 90,400 followers on Monday

Damian looked typically striking in the shot as he pulled his signature pout, which has no doubt picked up from his model mother over the years.

He looked over his shoulder and revealed he was heading on a photography expedition with his trusty camera in hand.

The superstar offspring added a caption reading: 'today on an expedition armed with @canonuk how was your day?'

Damian's latest posts come after details of his late father Steve Bing's will emerged, among them the claim that he had disinherited his two children, Damian and Kira Kerkorian, due to it being drawn up before their births. 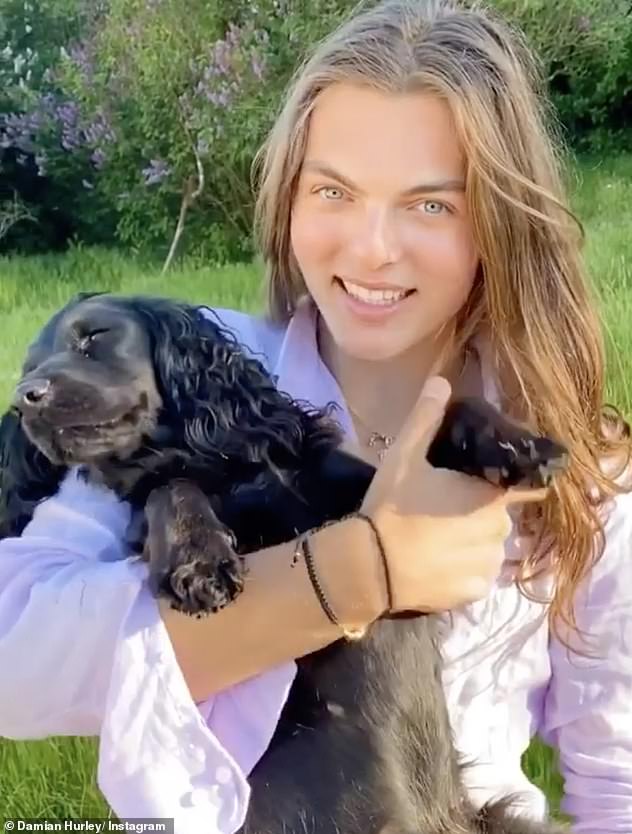 Happy days: He is a prolific Instagram user and shares snaps with his thousands of followers

The multi-millionaire committed suicide aged 55 in June, jumping from his 27th floor apartment in Los Angeles.

Steve, who received a $600million inheritance from his grandfather when he turned 18, had his will drawn up in 2001 - before he knew Kira had been born and while Elizabeth was pregnant.

Kira, 21, his daughter with former tennis star Lisa Bonder, is said to be fighting for control of his estate that was valued at just $337,000, according to documents obtained exclusively by DailyMail.com.

Although Bing notes Elizabeth was expecting a child, he declares in his will: 'Whether or not such child is mine, it is my