Plate of Origin and MKR star Manu Feildel is a doting father to two children.

And on Thursday, the 46-year-old celebrity chef shared a rare photo of himself with his lookalike son Jonti, 15.

He posted a picture to Instagram of himself with the teenager after he was named man of the match in an NRL junior development game with the Sydney Roosters. 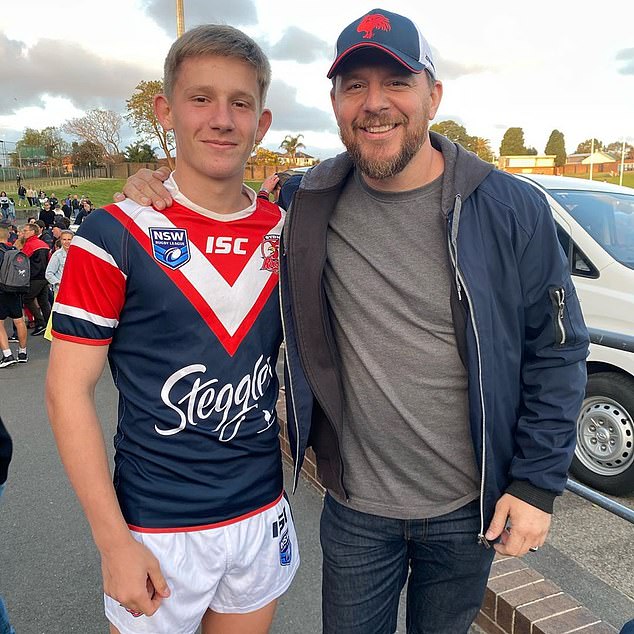 'Very proud dad': On Thursday, Manu Feildel shared a rare photo with his lookalike son Jonti, 15, after he was named man of the match in a Roosters junior development game

The Frenchman, who wore a grey shirt, bomber jacket, jeans and Roosters cap, beamed alongside his son with his arm over his shoulder.