The Dancing On Ice full lineup revealed was revealed on Friday, following the news that Billie Faiers is set to join the likes of Rebekah Vardy, Myleene Klass and Jason Donovan on the upcoming series of the show.

Former TOWIE star, 30 Billie shared a picture of white ice skates and admitted she is 'nervous but so excited'.

The show is set to begin early next year, with social distancing measures put in place amid the coronavirus pandemic. 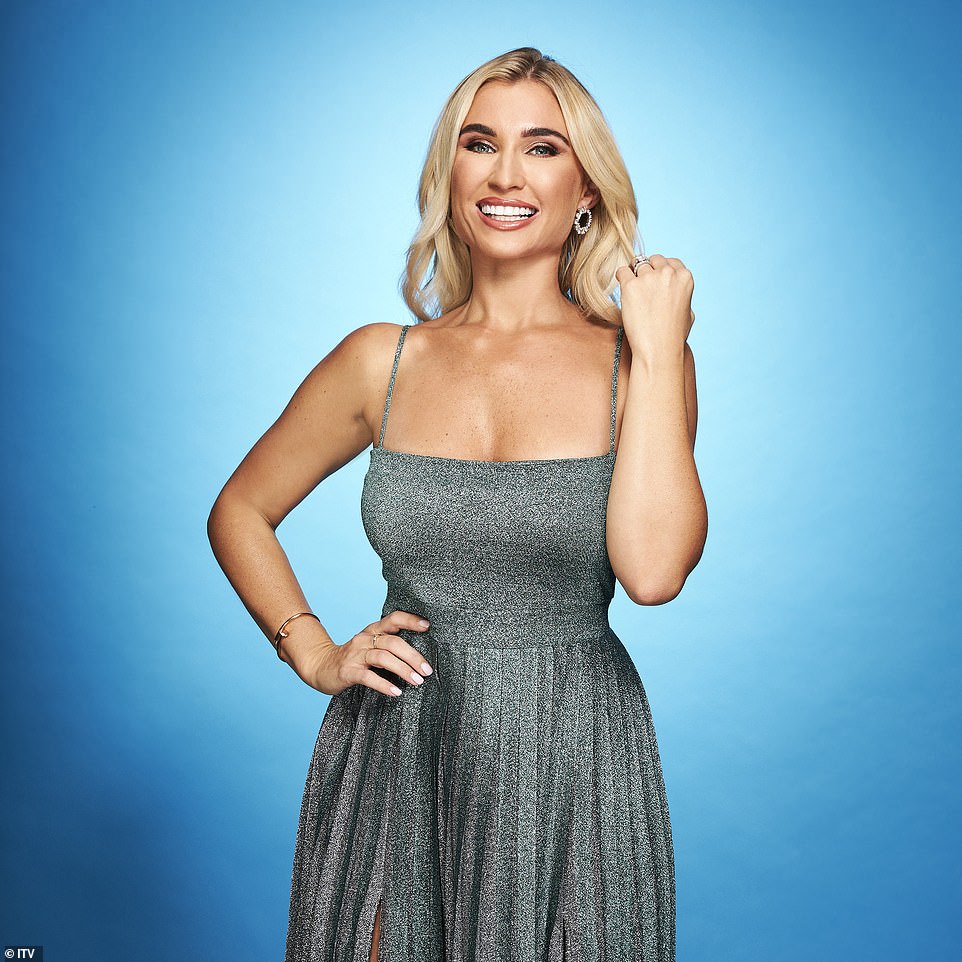 Dancing On Ice 2021 full line-up revealed... Billie Faiers (pictured) has joined the likes of Rebekah Vardy, Myleene Klass and Jason Donovan as the stars prepare battle it out on the ice on the upcoming series of the show 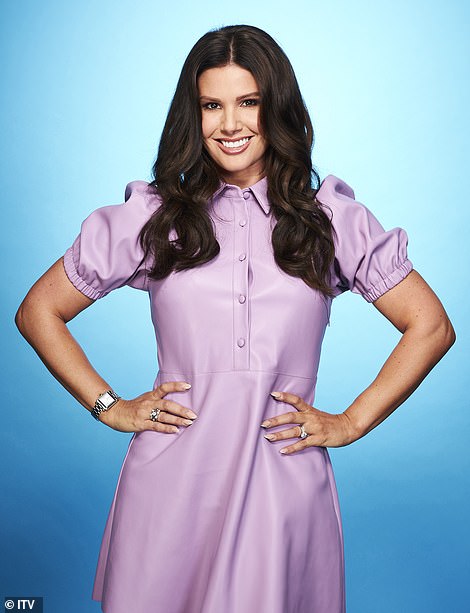 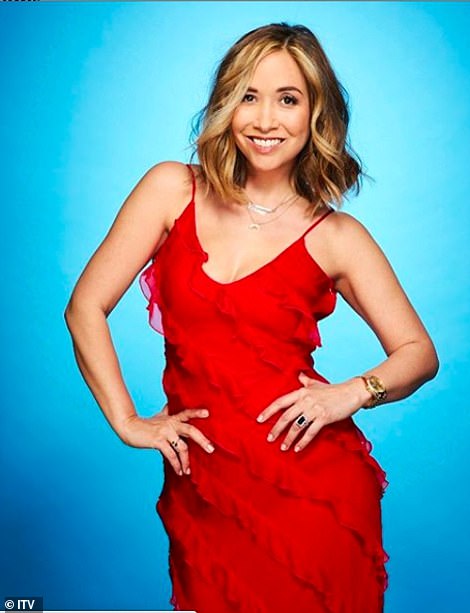 Putting her WAG war to one side: It comes just a day after Rebekah Vardy (left) was confirmed to be appearing in the star-studded line-up along side Myleene Klass (right)

In a heartfelt statement, Billie sweetly insisted that she is going to give the ITV dating series 'my all' and make her family proud.

The star also admitted that she has no dance or ice skating experience so it will be her 'biggest challenge' yet.

Billie penned: 'I am soooo excited to announce that I will be taking part in @dancingonice ❄️⛸ I still can't believe I am actually doing it !!

'I am soooo nervous but so excited ... This will honestly be one of my biggest challenges yet !! I have zero ice skating or dance experience.

'But I'm going to give it my all and make my family and most of all Nelly and Arthur proud ❤️ Wish me luck ☺️⛸❤️ #dancingonice.'

Dancing On Ice also took to their official Instagram page where they shared a stunning shot of the Mummy Diaries star.

They penned: 'This yummy mummy is trading playdates for skates! See you on the ice @billiefaiersofficial ❄️ #DancingOnIce.'

After the news was announced, Billie was seen stepping out with her son Arthur, three, and husband Greg in Essex.

The TV personality looked delighted as she flashed a smile after the exciting news was announced.

Billie cut a casual figure as she showcased her toned figure in a pair of grey gym leggings, white T-shirt and peach hoodie.

She finished the look with a Louis Vuitton rucksack, gold jewellery, black sunglasses and Nike trainers.

Billie looked radiant as she styled her blonde locks into a sweptback bun and added a slick of make-up.

After her big reveal on Friday, she was supported by her former TOWIE co-stars, Jess Wright, Georgia Kousoulou and Lydia Bright's mother Debbie, who led the comments.

While husband Greg, sister Sam and mother Suzie Wells all gushed about her upcoming debut.

While fellow Dancing On Ice 2021 contestant, Denise Van Outen, also shared her excitement as she penned: 'Billie! Im so excited. We've got such a great group of people . I can't wait to hit the rink with you beautiful lady.'

Billie rose to fame on The Only Way Is Essex in 2010 alongside her sister Sam Faiers, she left the hit ITVBe show in 2016.

The reality star has since gone on to create her own successful spin-off series with sister Sam called The Mummy Diaries.

Billie stars in the reality programme alongside her husband Greg Shepherd and two children Nelly, six, and Arthur, three.

It comes after musician Lady Leshurr was confirmed as the tenth star confirmed to be appearing in Dancing on Ice 2021.

The star, 30, joined Jordan Banjo and Perri Kiely on Wednesday's KISS Radio breakfast show to announce the news, and admitted she's already 'petrified' of taking to the rink. 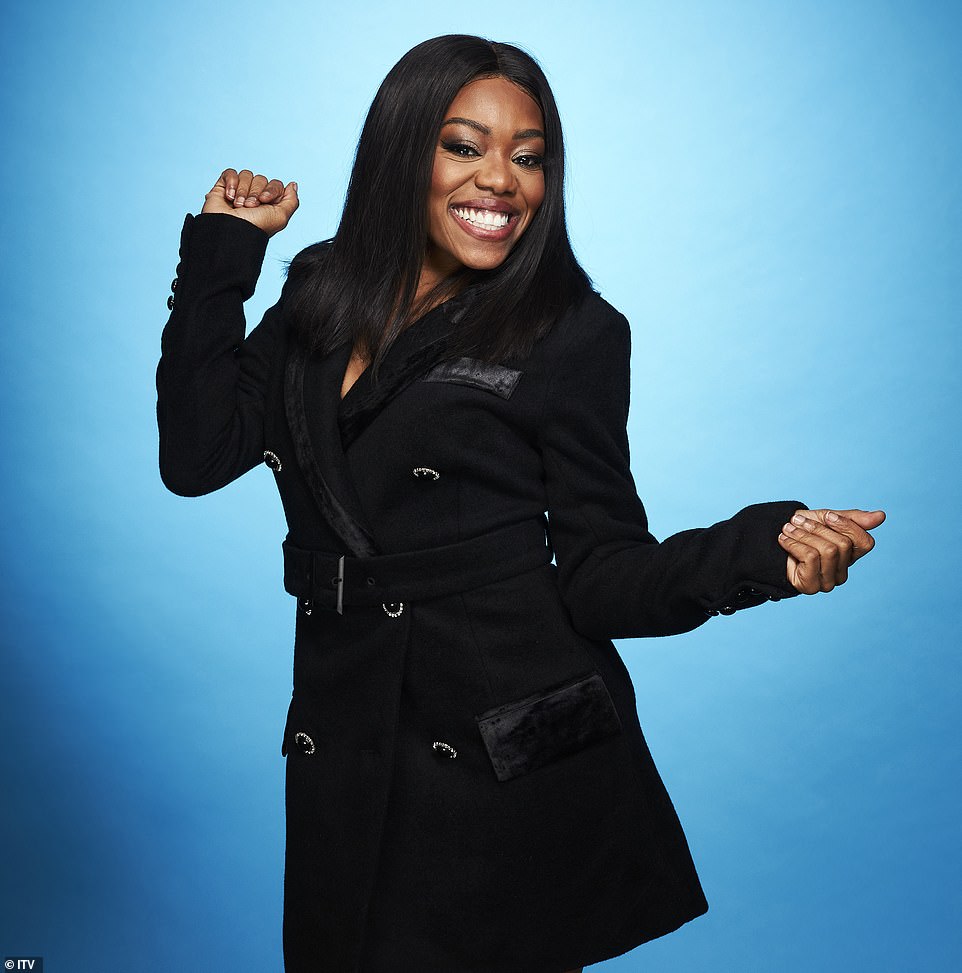 Superstar: It comes after musician Lady Leshurr was confirmed as the tenth star confirmed to be appearing in Dancing on Ice 2021

Rapper Leshurr - real name Melesha Katrina O'Garro - said: 'Oh my gosh I don't what I've got myself in for but everyone knows me to be that person to just throw myself in at the deep end and I just wing it a lot of the time

'I'm petrified, (but) I've always wanted to ice skate so what's better than doing it in front of millions of people. I'm looking forward to having a new skill, (skating) backwards and just showing off in front of my friends.'

Asked whether she had ever skated before, she told Jordan and Perri: 'I think once or twice when I was younger and even then I was petrified like I literally would sit and watch everyone else go because I would always think about the worst scenario, falling and someone running over my fingers and things like that BUT I can dance!'

'I'll be like ''Yeah turn it onto channel, whatever'', and they'll be like ''Oh my gosh!'', that's what I love to do so I always keep the secrets just in case I blow it.'

She was also quick to ask former contestant Perri for advice, after he finished runner-up last year with pro Vanessa Bauer.

He simply said: 'Whenever you can just get on the ice.'

Leshurr is most well-known for her Queen's Speech series of freestyles raps, with the fourth becoming the most popular in 2016.

Alongside performing with Olly Murs on The X Factor in 2018, she also competed on Celebrity Masterchef earlier this year.

It comes just a day after Rebekah Vardy was confirmed to be appearing in the star-studded line-up on Tuesday.

The WAG gushed that she was 'so ready' for the glam squad as she prepares to take to the rink next year, but her husband Jamie is hoping she doesn't 'fall over.'

Rebekah said: 'I'm so ready for the sequins and the full glam squad. After months of lockdown it'll be nice to get the glam on.'

Speaking about the news on Tuesday's Good Morning Britain in the midst of the daily school Rebekah revealed she'd learned to skate from a young age.

She said: 'I just think I want everyone to laugh at me really!

'My dad taught me how to stand up on a pair of skates when I was about 7 years old, we used to go skating a lot when my mum and dad split up, we would go with him to the local ice rink.

'I'm really excited actually. The only time I've been ice skating since is when we take our kids to the rink.'

Rebekah added that she decided to sign up for the show as she wanted 'everyone to laugh at her,' and revealed she is due to start training 'in a couple of weeks.'

She said: 'I'm really looking forward to getting my teeth into that and get going with it. I'm going to give 100 per cent effort throughout. And I hopefully won't knock my Shergar teeth out.'

She said: 'Look, we tried to sort things out amicably, it just didn't work. I understand people think it's ridiculous, but what was I meant to do? I need to clear my name.

'I want to clear my name. I will do whatever that takes. I hope it's going to be resolved soon. It's just one of the things that has to go through the process unfortunately now.

'I found it really tough. But to be fair Piers, in comparison to what some people have gone through with COVID and things like that, it's incomparable.'

The news comes as Rebekah is set to head-to-head with Coleen Rooney, after sources claimed their High Court battle is due to begin in a matter of weeks.

According to The Mirror, Coleen, 38, and Rebekah, 38, will face off in November – one year after the former accused the latter of leaking stories about her to the press.

Rebekah, wife of footballer Jamie Vardy, is seeking substantial damages in the subsequent libel trial, as she claims to have suffered 'severe and extreme hostility and abuse' in the fallout after the claims were published on Instagram.

A source speaking to the publication claimed: 'Coleen met with her lawyers and they've told her they need to continue putting together more evidence.

It comes after British Olympians Colin Jackson and Graham Bell both confirmed they're set to compete on the upcoming series next year.

Former sprint and hurdling athlete Colin, 53, and veteran skiing ace Graham, 54, announced the news during a joint appearance on BBC Breakfast on Saturday.

Talking to hosts John Kay and Sally Nugent, five time Olympic skier Graham said: 'Ice doesn't scare me, it's the dancing, whereas I know you can dance, Colin.' 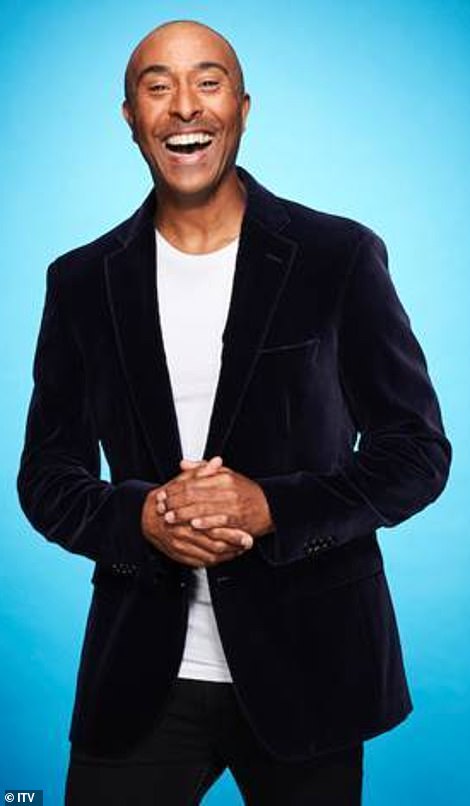 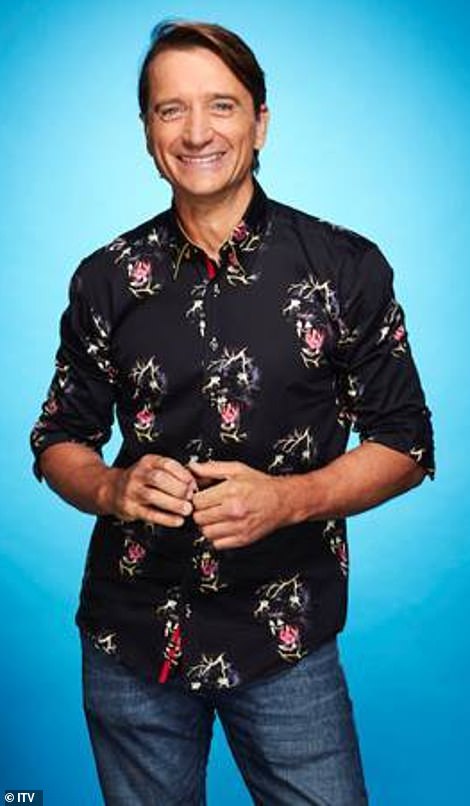 Heading for the ice: (L-R) British Olympians Colin Jackson and Graham Bell have confirmed they're set to compete on the upcoming series of Dancing On Ice next year

He admitted the extent of his dancing experience was confined to 'dancing on tables, wearing ski boots in après ski. It's not graceful and elegant!'

Graham joked that Colin might be so competitive, saying: 'Colin's probably called up Katrina Witt and flown her over from Germany and hired her as a private coach!'

The two sportsmen know each other well, with Graham telling the hosts: 'Colin is an excellent pupil because I actually coached him on Ski Sunday in 2007 and he's one of the trainees that takes on information so well.'

Whilst he no doubt believes Colin to be a big contender, the seasoned skier did admit that the 'transferable skills of edge control, balance' in his sport would be useful on the ice.

For his part, Colin said of preparations: 'The first thing for us all is to get used to our boots. I don't know if you've tried ice skating boots but they are pretty tight so we've got to get our feet in there and start getting used to balancing on them.

'We won't get onto the ice fully until the middle of October.'

He added: 'I can do a little bit of skating. I think with sport in itself you've certainly got a bit of balance and that will be transferable in this circumstance. How much dancing we'll do, who knows? We'll see how the choreography goes.'

The star went on to say: 'I'm going to try and that's the most important thing. You go out there, you enjoy yourself and you learn a new skill and to hone the skill of skating will just be a huge, huge plus. I'm looking forward to it.'

PREV Kate Beckinsale reveals she secretly lost a baby 'years ago' as she supports ...
NEXT Steve McQueen says he battled 'institutional racism' at school