April Love Geary and fiancé Robin Thicke have yet to confirm they're expecting their third child together since rumors began to swirl more than month ago.

During that time Geary has not been shy in showing off her seemingly growing midsection in form-fitting ensembles while out in public and on social media.

And on Thursday she stepped out once again, this time in a tight, brown-patterned minidress during a trip to the grocery store in Malibu. 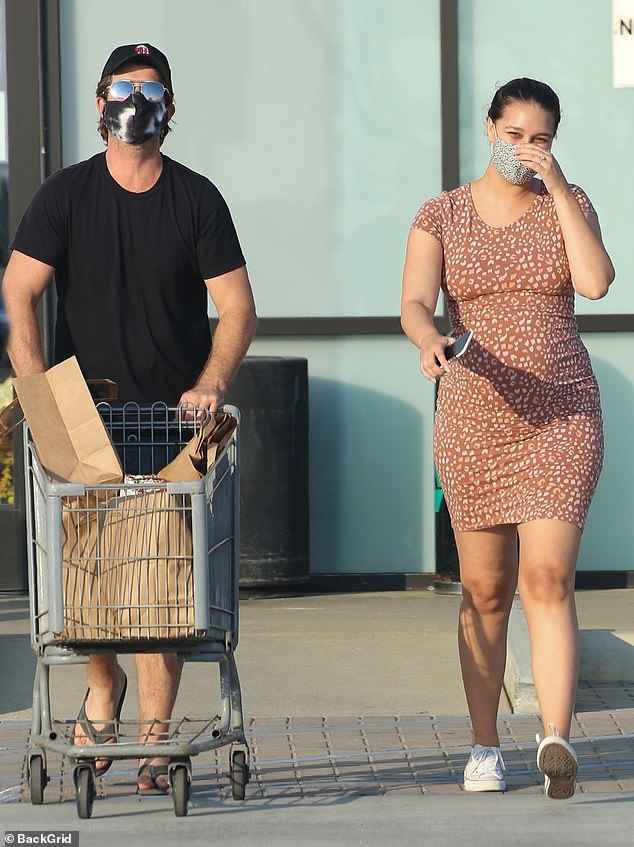 Food run: April Love Geary, 25, and Robin Thicke, 43, were spotted during a grocery run in Malibu On Thursday

The couple were spotted moments after leaving Vintage Grocers, during their walk to their car.

Geary, 25, matched her minidress with white sneakers and pulled her dark brown tresses back into a bun. 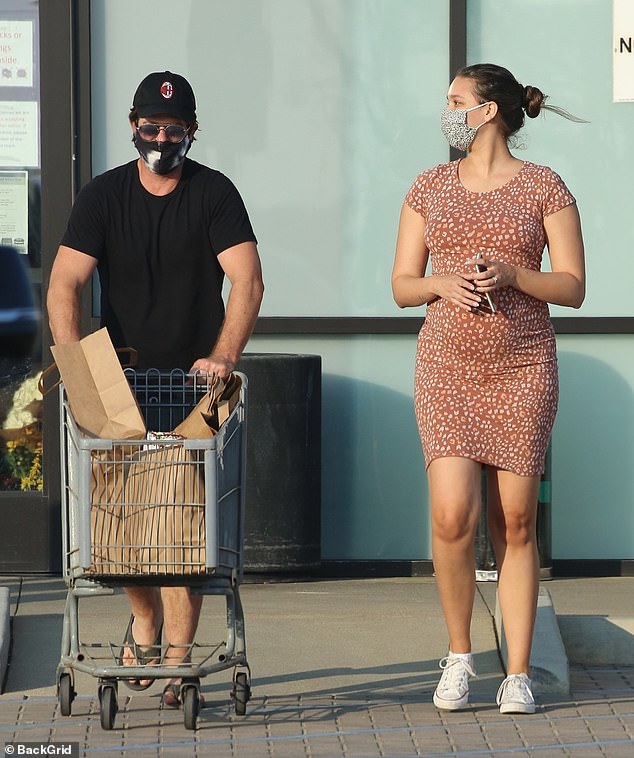 On the go: The singer pushed a cart full of groceries as Geary showed off her figure in a tight, brown-patterned minidress

They both wore protective masks in