It was a wild boy's night out for Machine Gun Kelly, Mod Sun and pals at Saddle Ranch in West Hollywood, California on Thursday.

After an evening of frivolity, a very drunk MGK, whose real name is Colson Baker, decided to create a ruckus for the waiting paparazzi and managed to crack the windshield of Mod's Mercedes G Wagon.

It didn't end there, later in the night the 30-year-old proceeded to completely kick out the entire windshield while heading home. Luckily Mod didn't seem too upset. 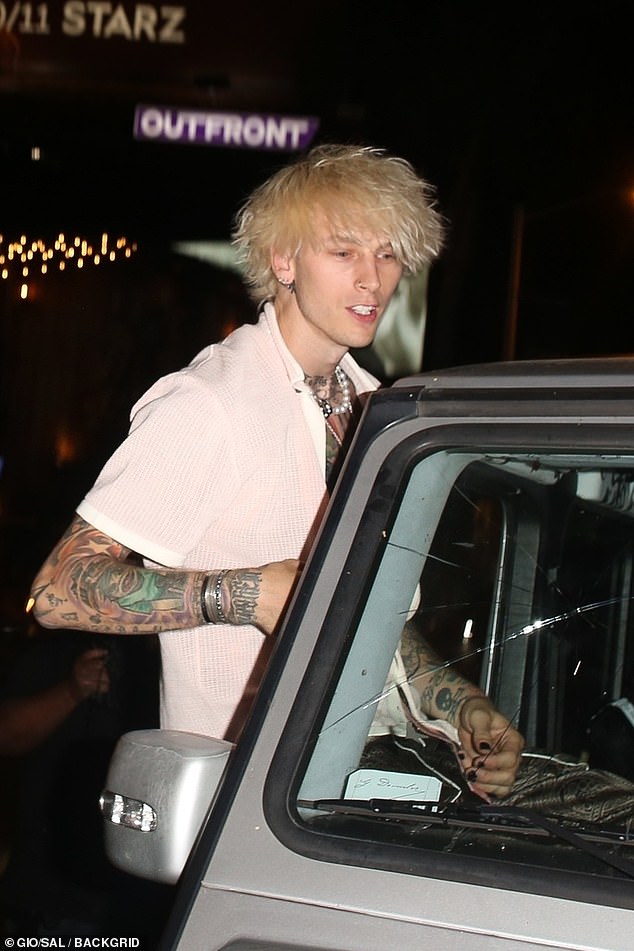 What a mess: After an evening of partying, Machine Gun Kelly destroyed the windshield of rapper Mod Sun's Mercedes G Wagon on Thursday night in West Hollywood

The whole mess began as the group was seen leaving Saddle Ranch after a long night of partying.

Due to COVID-19 restrictions the popular hot spot is currently an outdoor establishment and Machine Gun Kelly was spotted having a blast with his friends.

At one point he was even seen cracking up with laughter while enjoying a cocktail in a gigantic metal martini glass topped with a fluffy tuft of pink cotton candy.

But, things got out-of-control though when Mod Sun began to drive the group out of the parking lot in his expensive G Wagon with Machine Gun Kelly in the passenger seat. 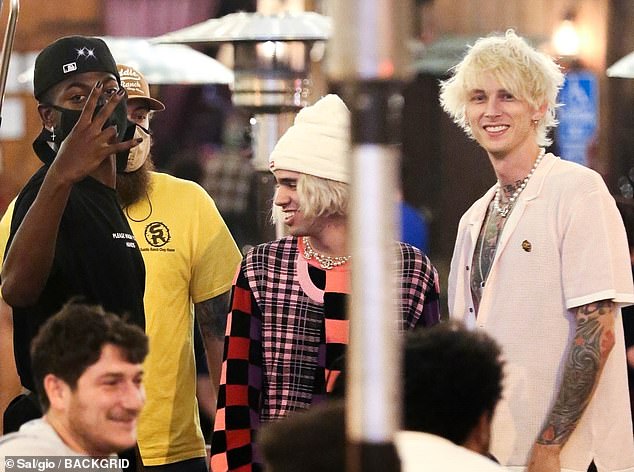 Party time:It was a wild boy's night out for Machine Gun Kelly, Mod Sun and pals at Saddle Ranch in West Hollywood 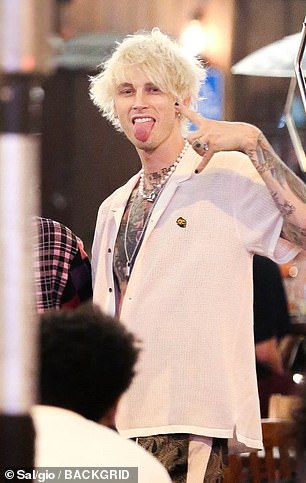 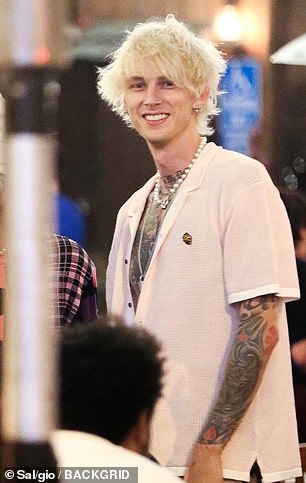 Having fun: Machine Gun Kelly, whose real name is Colson Baker, was spotted having a blast with his friends 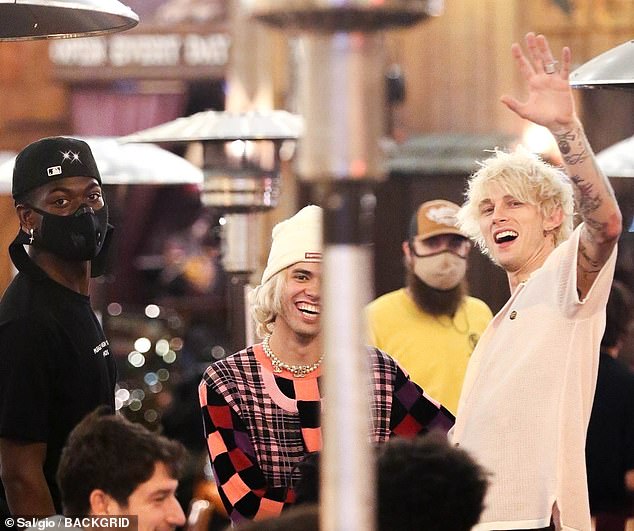 Fun and games: MGK was playing it up for the paparazzi all night and waving at the cameras

Music was blaring in the car and MGK was slamming his hands wildly on the dash and head banging to the beat of the song.

As they were pulling out slowly, the inebriated rapper stopped to greet fans and sign autographs.

It should be noted that there was no social distancing and no one in the car was wearing a mask. 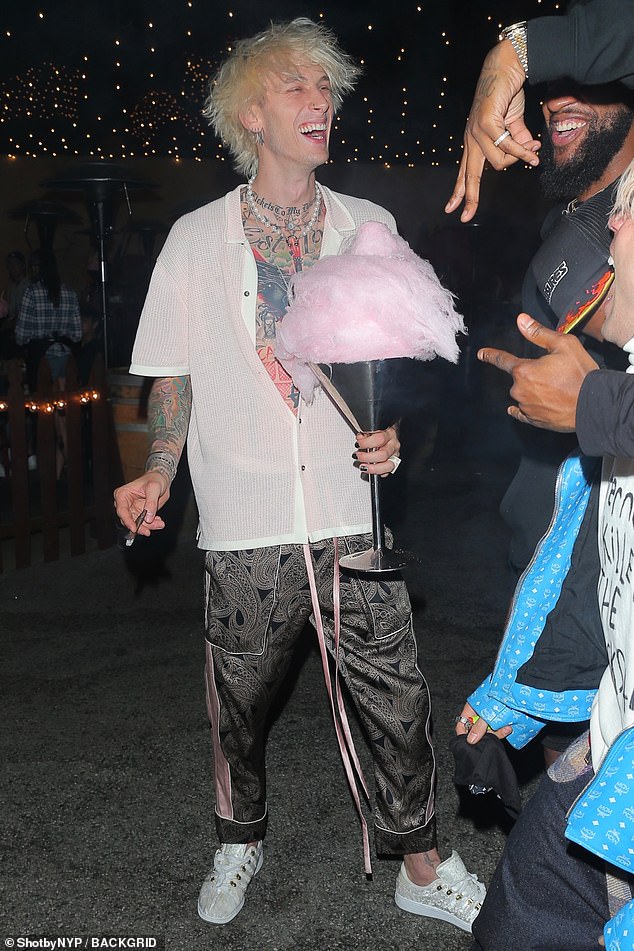 Bottoms up: At one point he was even seen cracking up with laughter while enjoying a cocktail in a gigantic metal martini glass topped with a fluffy tuft of pink cotton candy 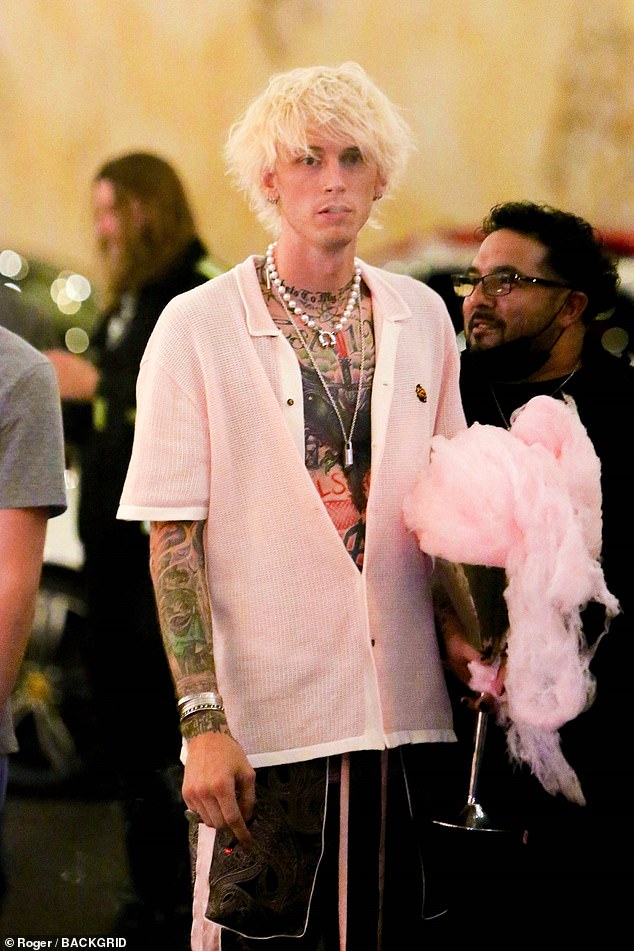 Over indulged: Later in an Instagram Live, the rapper admitted to being very 'f**ked up'

While the car was moving, Colson pulled himself out of the window to sit on the car door and kept banging his hands on the vehicle which caused a huge crack in the windshield.

For his part, Mod Sun, was smiling and laughing along during the whole ordeal. And, MGK clearly did the damage accidentally.

He continued to hang out of the window as the car pulled onto a busy Los Angeles street and then slipped back inside. 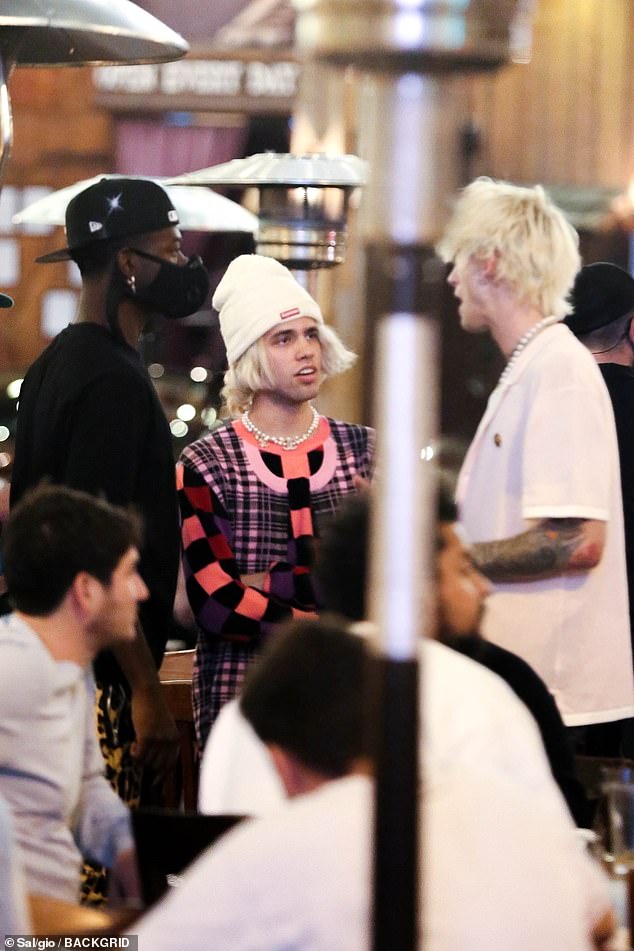 PREV Myleene Klass catches the eye in a check suit and camel coat as she heads to ...
NEXT Steve McQueen says he battled 'institutional racism' at school

sport news England can wait for Exeter's Big Chief! Rob Baxter has his sights set on an ...

Inside the Rose Bay mansion previously owned by Barry Humphries as goes on the ...