On Saturday, the Swedish stunner, 31, stepped out with her boyfriend of five years, and father-to-be Tom Daly in New York City.

The good looking duo — who quarantined together in Los Angeles — hit the city streets in search of brunch, as they strolled arm in arm. 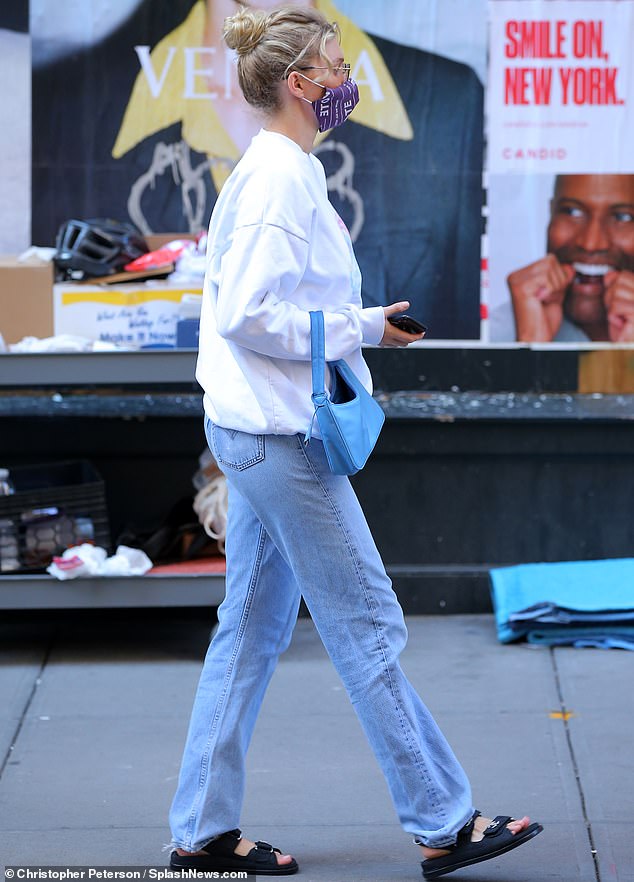 Baby on board: Pregnant Elsa Hosk, 31, stepped out on Saturday with boyfriend Tom Daly in NYC as the two grabbed breakfast. The Victoria Secret model hid her burgeoning baby bump under a rainbow adorned sweatshirt as she strolled with her man arm and arm

Elsa hid her burgeoning baby bump under a white sweatshirt adorned with a rainbow.

She paired the oversized crew neck with light washed Levi's and a pair of Chanel 'dad sandals' in black, carrying a baby blue silk Prada purse as she walked.

Making sure to hammer in the importance of the upcoming election, Elsa rocked a purple 'vote' mask as she played it safe in New York.

Earlier in the day, Governor Cuomo mandated that the city step up it's enforcement of mask wearing, or the city could incur fines upwards of $10,000. 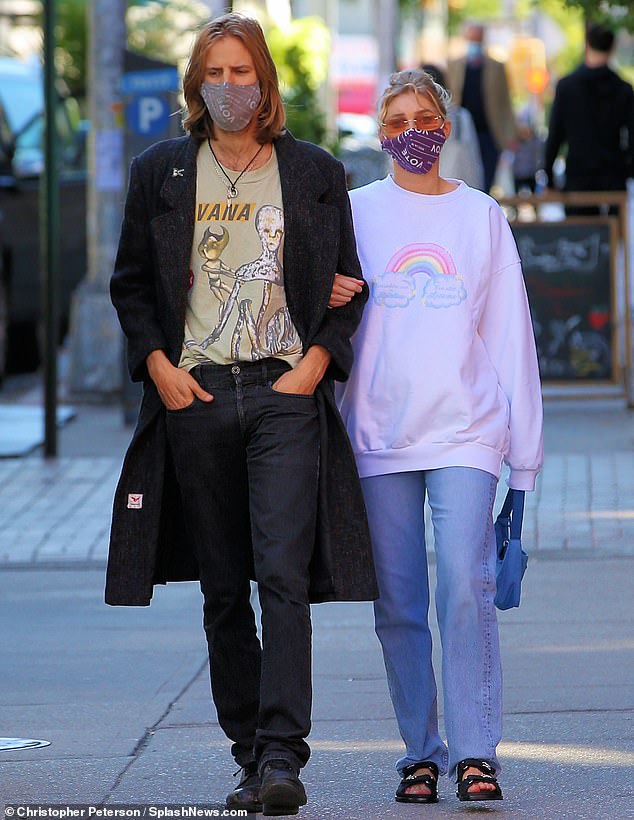 Vote: Elsa and Tom wore matching 'vote' masks as it was revealed Saturday that Governor Cuomo would fine the city upwards of $10,000 if they did not enforce mask wearing 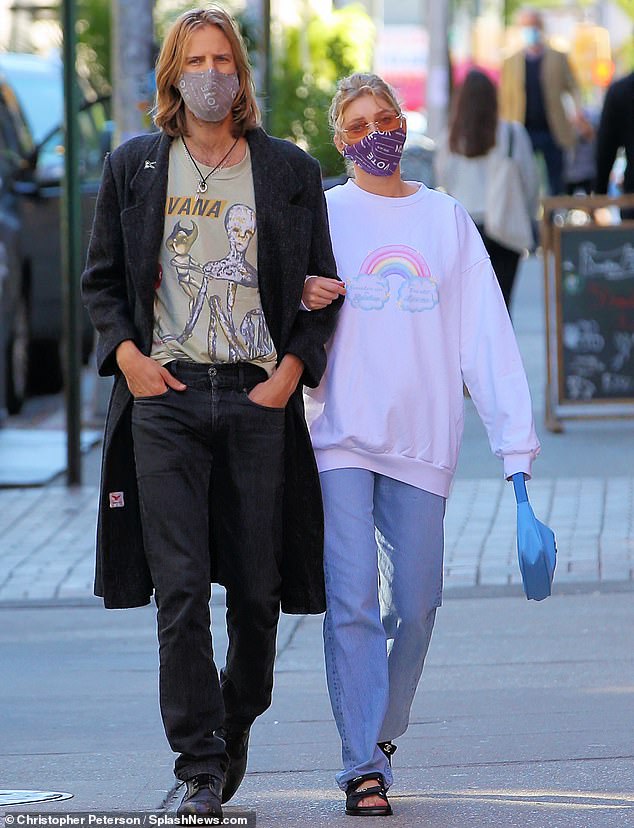 Stylish pair: The couple embraced the cooler NYC weather as they dressed for fall. Tom was quick to throw on a long coat and Elsa hid her bump under a crew neck sweatshirt

Elsa kept her blonde tresses tied up in a top knot as she threw on a pair of orange colored glasses.

Tom cut an equally stylish display as he walked next to his supermodel girlfriend.

He embraced the fall weather in a dark grey tweed coat, that he wore  with a beige Vana shirt and a pair of dark washed jeans.

The Running Vision creative director wore his seventies-inspired locks down and rocked a matching 'vote' mask in grey. 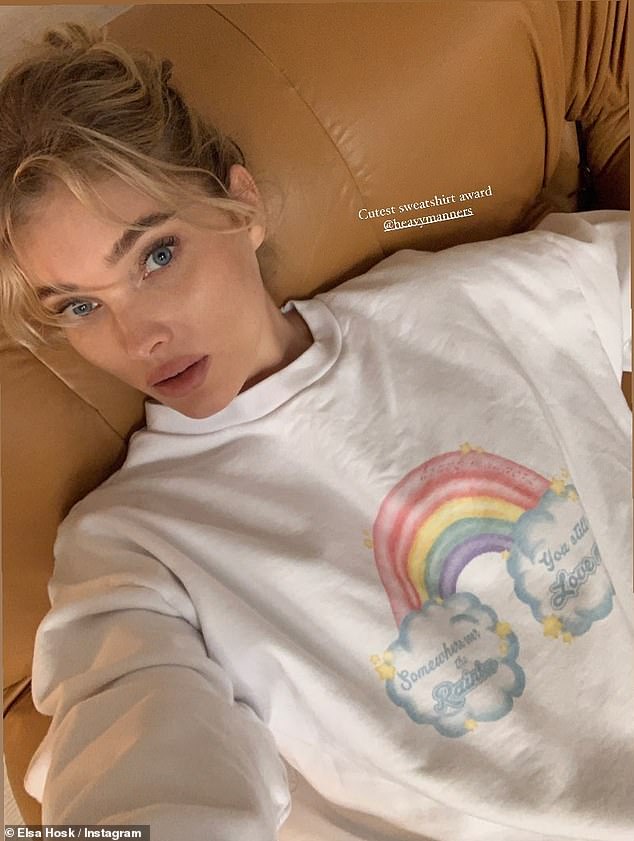 Cozy: The Swedish stunner took to her Instagram story to show off her cozy sweatshirt as she sported a bare face and light mascara in the stunning snap

The pair looked content to be in each other's company as they walked back to their place.

Upon arriving home, Elsa took to Instagram to share a closer look at her cute sweatshirt, crediting brand Heavy Manners for the cozy digs.

The model, now in the safety of her own home, layed on the couch without a mask as she showed

PREV Chrishell Stause is red hot in a strapless gown as she arrives at DWTS ...
NEXT Steve McQueen says he battled 'institutional racism' at school