Channel Seven has developed a clever way to film its new show Beat The Chasers despite COVID-19 restrictions.

The program (a spin-off of Seven's popular quiz show The Chase Australia) was previously scheduled to be filmed at Seven's studios in Melbourne, but Victoria's lockdown rules have since made this very difficult.

In response, producers cleverly relocated the program's set to ITV Studios at Carriageworks in Sydney, while keeping the Beat The Chasers' control room in Melbourne, as reported by TV Tonight. 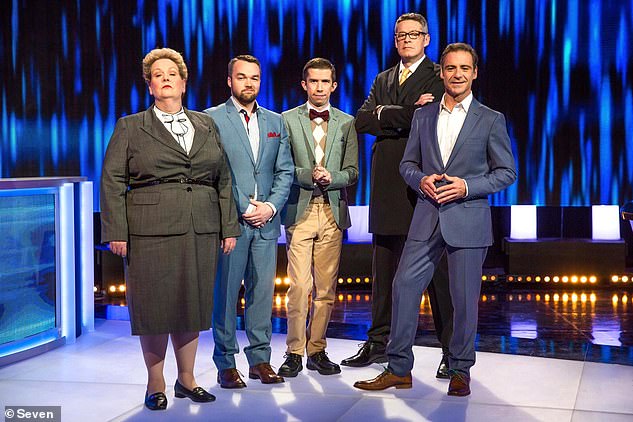 Safety first: Beat The Chasers' set has been relocated to Sydney while the control room remains in Melbourne.  Pictured left to right is: 'The Governess' Anne Hegerty, 'The Shark' Brydon Coverdale, 'The Supernerd' Issa Schultz, 'Goliath' Matt Parkinson and Andrew O'Keefe

'All of the contestants, the Chaser, the host, everyone is there. But the game engine, 'the control room crew, and the questions are all in Melbourne,' ITV Executive Producer Deb Steward told the publication on Sunday.

Ms Steward did admit she

Five years ago, Angela Merkel threw open her borders to more than a million ...