Big Brother's Jessica Graf and Cody Nickson have officially welcomed one more to their family.

The reality TV couple, who met on Season 19 of the competition show in 2017, announced the birth of their daughter, Carter York, on Monday.

With the addition of their new daughter, the Nickson family now makes four, as the couple have an 18-month-old daughter, Maverick. 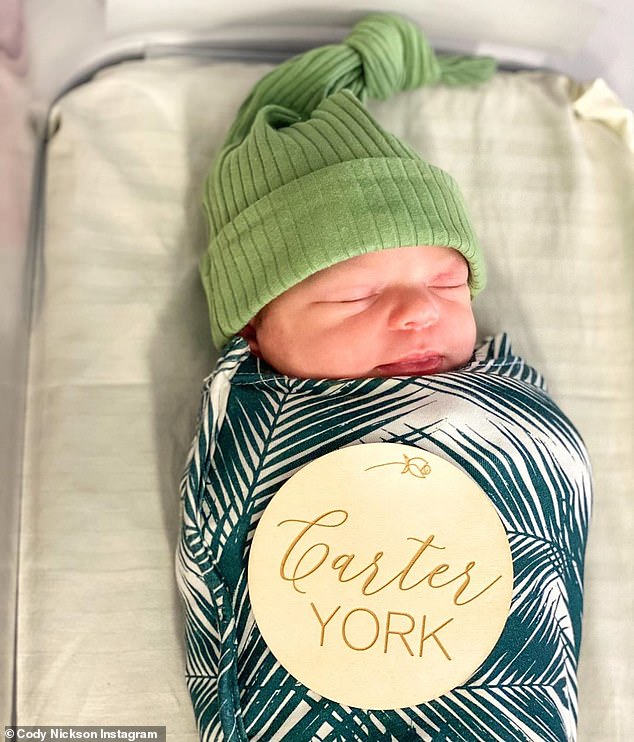 Taking to Instagram, Jessica, 29, shared photos and video of her day at the hospital, while preparing to welcome their new daughter into the world via c-section.

Carter, who already has her own social media account, weighed in at seven pounds and two ounces.

In the photo shared of their newborn, Carter was swaddled in a white blanket with green palm leaves.

The angelic newborn had her head wrapped in a pea green beanie, as she laid in the medibay. 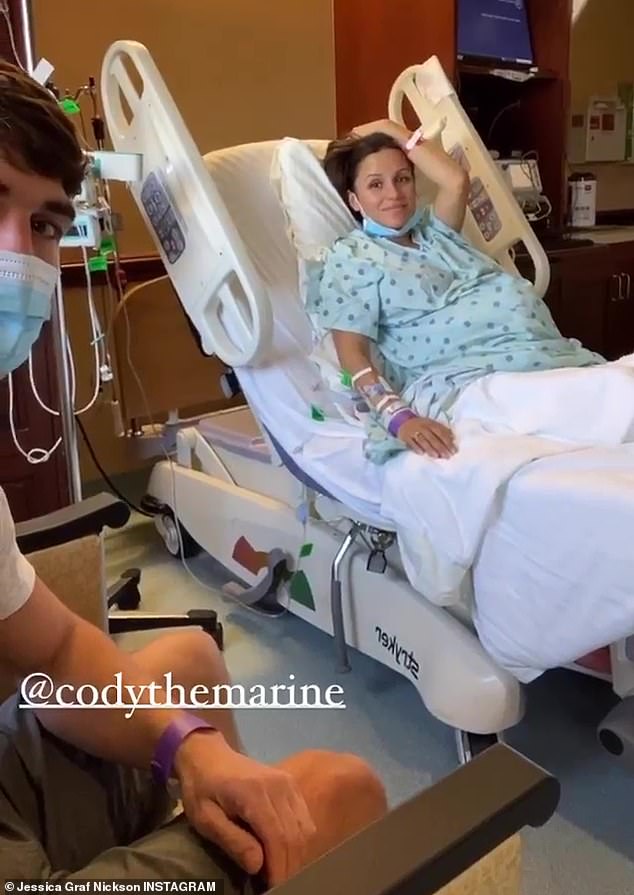 Hunger pains: Cody and Jessica talked candidly about their hunger to the camera as the mother-to-be told her husband she wanted him to eat so he was less tense in the delivery room 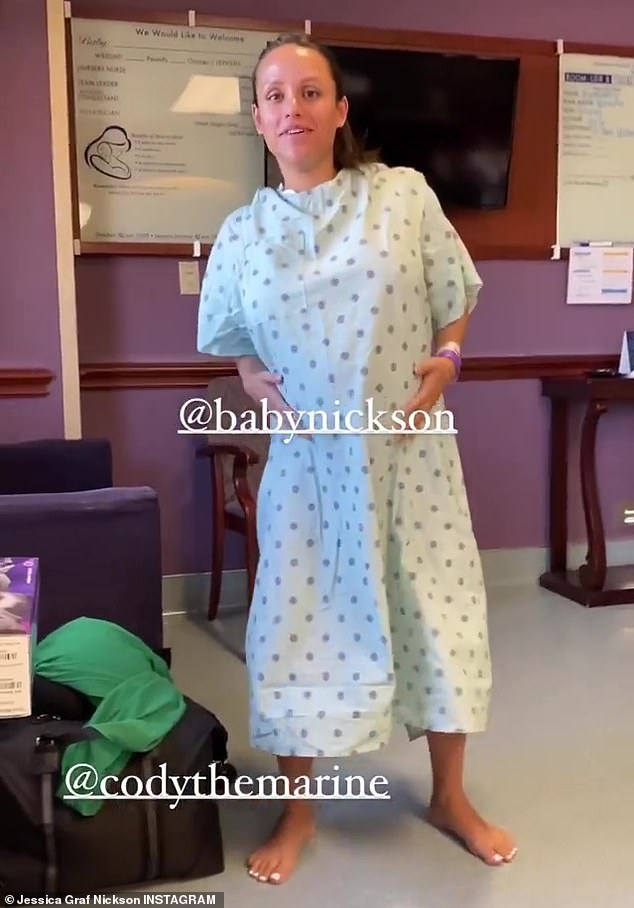 Baby on the way: Jessica walked around the hospital room briefly as she rubbed her belly while preparing to give birth 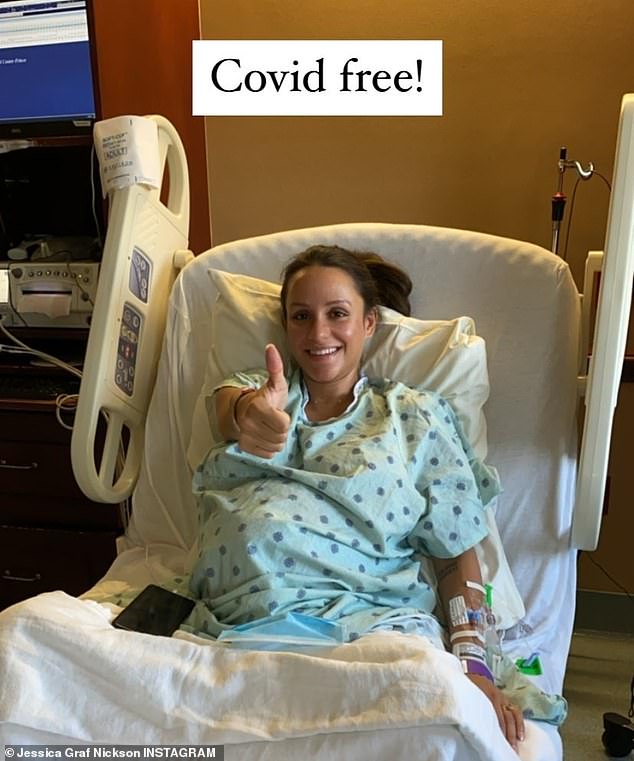 Covid free: Jessica shared that her Covid test results came back negative as she prepared for her c-section

Before the birth, Jessica spoke about her hunger levels as she laid in the hospital bed, telling Cody, 35, that she wanted him to eat so the environment was less stressful.

The pair sat in the hospital room watching the NFL on TV, as Nickson shared that they were 35 minutes out

PREV Naomi Campbell and her fellow 'supers' to star in new docuseries The Supermodels
NEXT Tom & George Burgess' partners post on Instagram after the family held crisis ...