Sunday, 12 and Faith, nine, were spotted arriving in a private jet with their father, Keith Urban.

The singer, 52, and his two daughters had spent the weekend visiting Nicole in Byron Bay, where she is filming her $100million TV miniseries Nine Perfect Strangers. 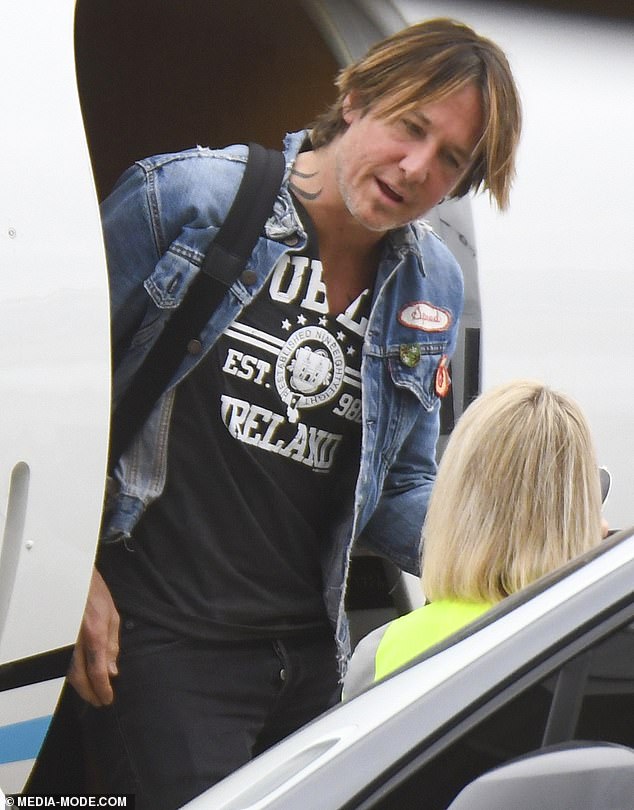 Back home: Nicole Kidman's daughters Sunday Rose and Faith Margaret looked all grown up as they travelled back to Sydney with their father Keith Urban (pictured) on Tuesday

Keith looked stylish in a pair of black jeans, a black T-shirt and a denim jacket for the flight.

Meanwhile, filming for Nine Perfect Strangers began on August 10 and will run for 19 weeks.

Based on the 2018 novel by Big Little Lies author Liane Moriarty, the eight-episode series will tell the