Bebe Rexha is ready to release her next single, Baby I'm Jealous, teasing a behind the scenes look at wardrobe on Wednesday.

The music video and single, which both drop on Friday October 9th, features chart-topper Doja Cat in an epic female-fronted collaboration.

The 31-year-old singer, who dyed her hair red for the video, showed off an equally fiery ensemble while getting fans excited for her latest project via Instagram. 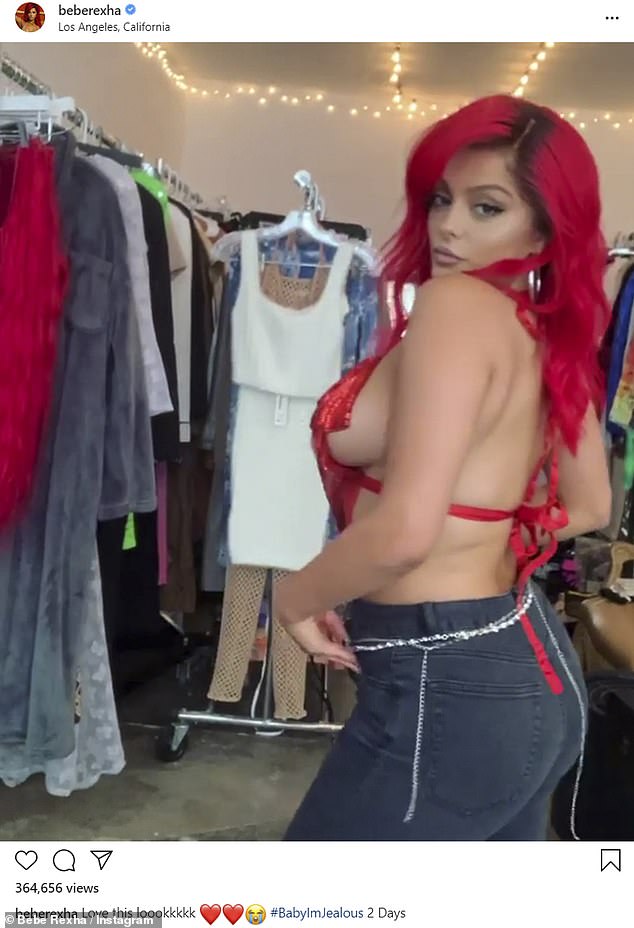 Hot stuff: Bebe Rexha teased a sizzling look from the video for her new single Baby I'm Jealous, a collaboration with Doja Cat, on Instagram Wednesday

In the video, Bebe wore a red sequin triangle top that offered an alluring look at her decolletage and midriff.

The halter top, which tied in the back like a string bikini, perfectly matched her fire-engine red locks and revealed some major sideboob as she showed off multiple angles.

Continuing the look, The I'm A Mess singer enhanced her already jaw-dropping curves in a pair of dark grey jeans that had 'Jealous' on the legs.

Adding more sparkle to the daring look, she a rocked two chains that hung around her hips like a belt. 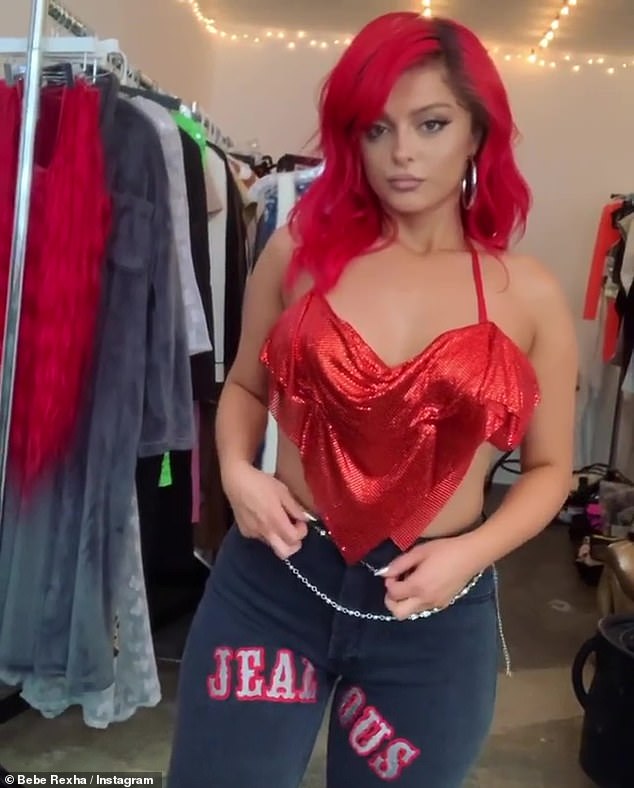 Sparkle: In the video, Bebe wore a red sequin triangle top that offered an alluring look at her decolletage and midriff 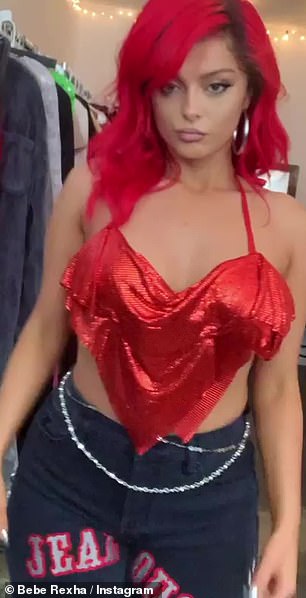 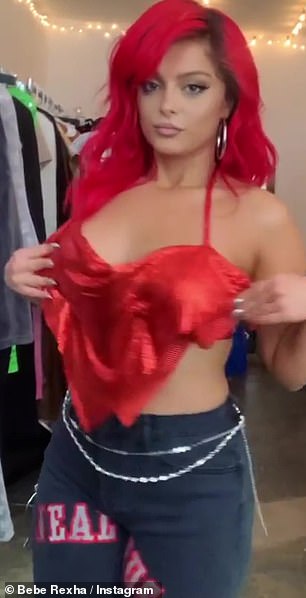 Dazzle: Sparkles: The singer added more sparkle to her already shiny look with the addition of two chain belts that hung around her waist 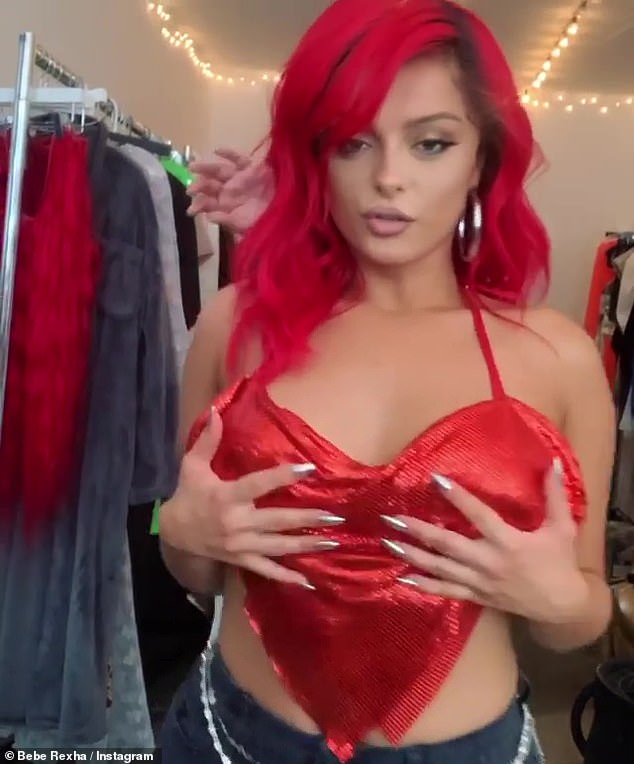 Support: Bebe was cheeky as she grabbed her ample assets while adjusting her shirt and jiggling her cleavage, in the shirt

The singer showed off every inch of her outfit,