These two longtime friends, who became fathers just months apart, shared a darling look at one of their sons' first in-person playdates on Friday.

While Anderson Cooper, 53, and Andy Cohen, 52, initially introduced their little boys on a virtual episode of in June, the New York City-based media are now pushing their strollers down the same streets of Greenwich Village.

'Playground Dads!' Cohen captioned a selfie of himself beaming next to the CNN anchor, who welcomed his first child, Wyatt, via surrogate in April. 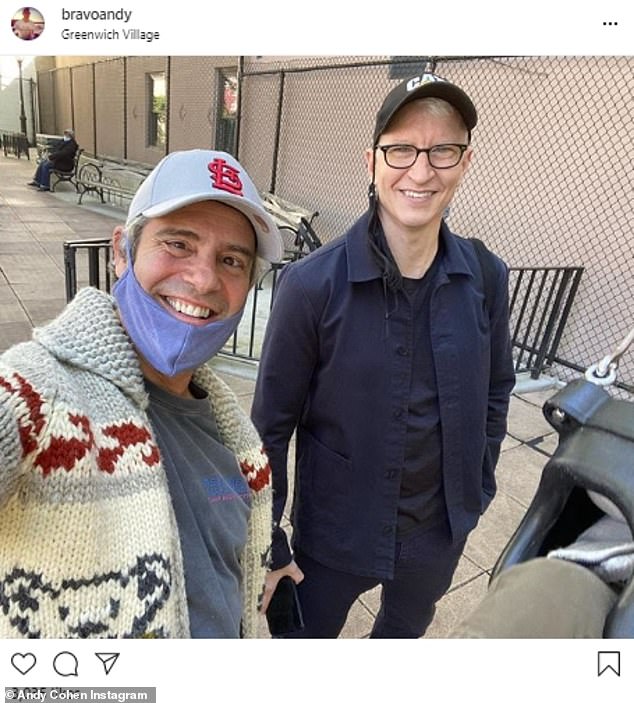 Passing down their friendship: Andy Cohen snapped a selfie with his longtime pal Anderson Cooper, as they enjoyed an in-person playdates with their sons

On their outing, the doting dads both flashed bright smiles, as they momentarily slid out of their CDC-recommended face masks to take a picture.

The WWHL host, who is a single father to his one-year-old Benjamin Allen, sported a cozy knit sweater over a grey t-shirt and a purple face mask, made by RHONY alum Jill Zarin, 56.

The pair have been vocal about fostering a friendship between their babies, with  Cohen previously joking that if his toddler likes Wyatt 'half as much as' he likes his father, they're 'going to be great' pals. 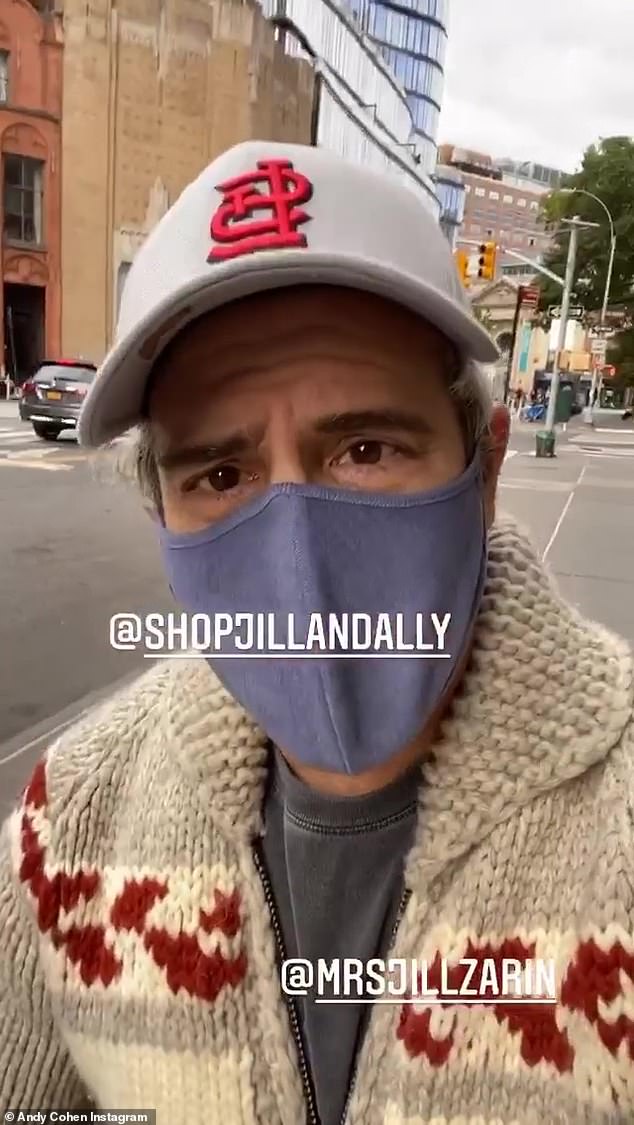 Doting dad: The WWHL host, who is a single father to his one-year-old Benjamin Allen, sported a cozy knit sweater over a grey t-shirt and a purple face mask, made by RHONY alum Jill Zarin, 56

Due to the ongoing coronavirus lockdown, the little ones were not able to meet up for months.

The tots' fathers, however, appear to be making up for lost time, as playgrounds sites reopen with social distancing across New York City.

Cohen's post certainty delighted his more than four million Instagram followers, as the picture hit more than 50,000 likes in under an hour. 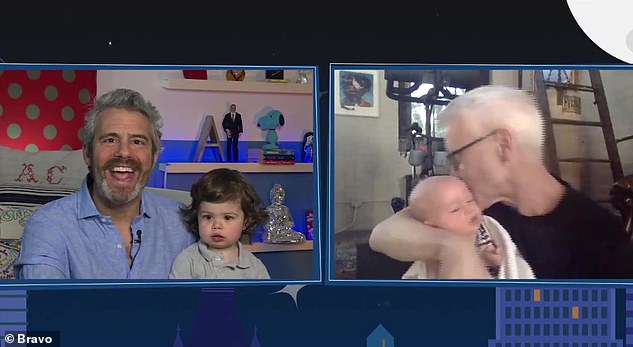 Fatherly love: Cooper, 53, and Cohen, 52, first introduced their little boys back in June, on the Bravo host's show, Watch What Happens Live

While neither of their sons were pictured, they are both fixtures on their respective fathers' Instagram accounts.

Earlier this week, Cohen posted a very autumnal photo of Ben wandering through an expansive

PREV Justin Bieber and wife Hailey enjoy a date night at West Hollywood's ritzy ...
NEXT Katharine McPhee, 36, debuts her baby bump as she steps out with David Foster, ...