PR guru Roxy Jacenko says she doesn't care if viewers 'LOATHE her' on SAS Australia amid rumours she quits within days... as she reveals the contraband she snuck in to filming

She's the PR guru who has made a career on being a no-nonsense entrepreneur.

And it appears Roxy Jacenko took that approach on board during her stint on SAS Australia, which airs on October 19.

On Saturday, the reality star, 40, told Perth Now she 'really doesn't care' if people 'loathe her' on the show and claims her appearance was simply a 'business transaction' - amid rumours she drops out within a matter of days. 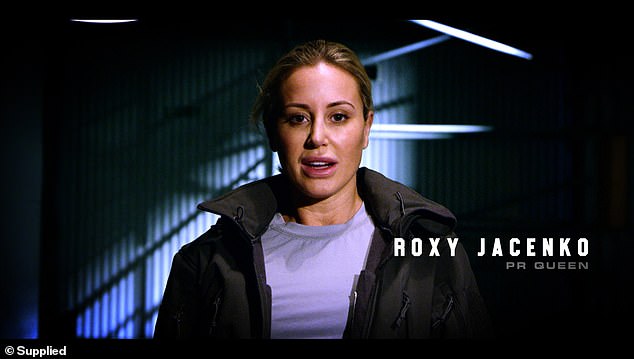 Not bothered! Roxy Jacenko, 40, (picured) said she 'really doesn't care' if people 'loathe her' on the show  SAS Australia, which airs on October 19

'It's not about trying to make the public like me… I don't actually care what everybody thinks because the people with opinions know nothing,' she said.

'It was a business transaction, not about fame - they either like me or loathe me and if they loathe me, I don't really care.'

Despite harsh rules banning any contraband from being brought into the gruelling challenge show, the glamorous blonde also revealed the one thing she just couldn't resist

PREV Lily Allen shares a kiss with husband David Harbour as they FINALLY reunite in ...
NEXT Steve McQueen says he battled 'institutional racism' at school