He rose to fame thanks to his 'mastermind tricks' while competing on this year's season of Big Brother Australia.

And on Friday, Kieran Davidson was reunited with former housemates, Allan Liang and Marissa Rancan, as they enjoyed fun day out at Sydney's Luna Park.

The 21-year-old videographer couldn't wipe the smile off his face as Marissa, 61, was seen instructing him how to drive. 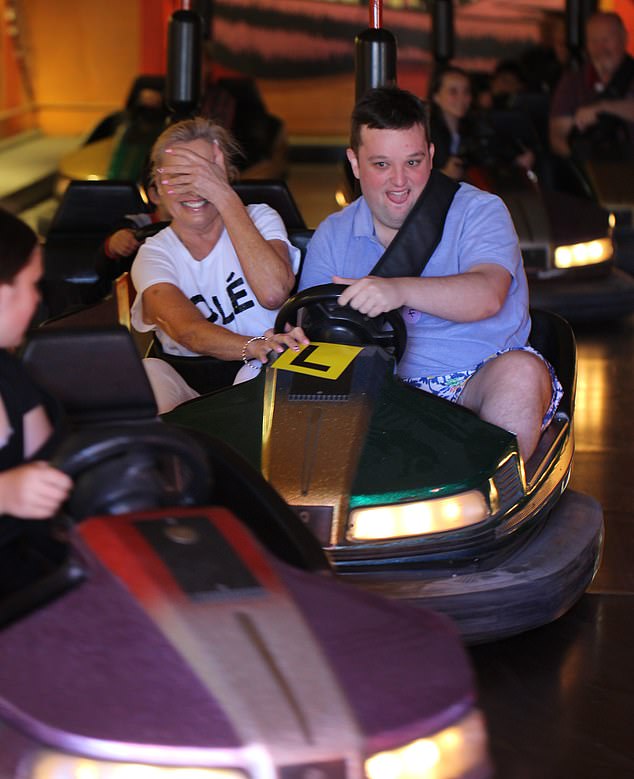 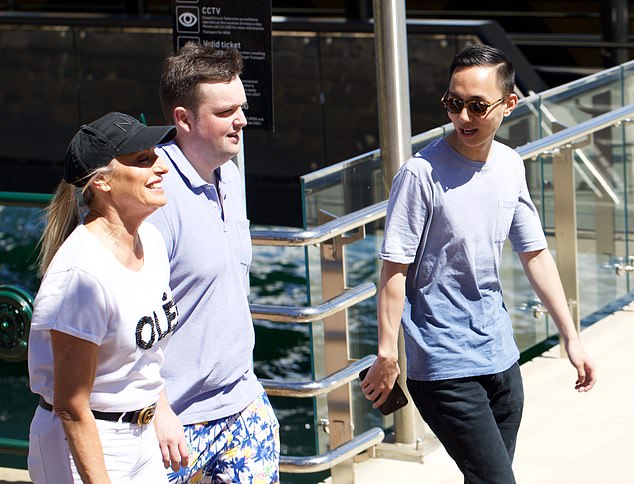 Fun: The reality star trio were seen filming a series of videos for their social channels before making their way into the Sydney amusement park

And it appears Kieran's driving was too wild for the former aerobics star to bear, with the blonde choosing to cover her eyes instead.

She completed her look with a black Gucci belt and metallic sneakers. 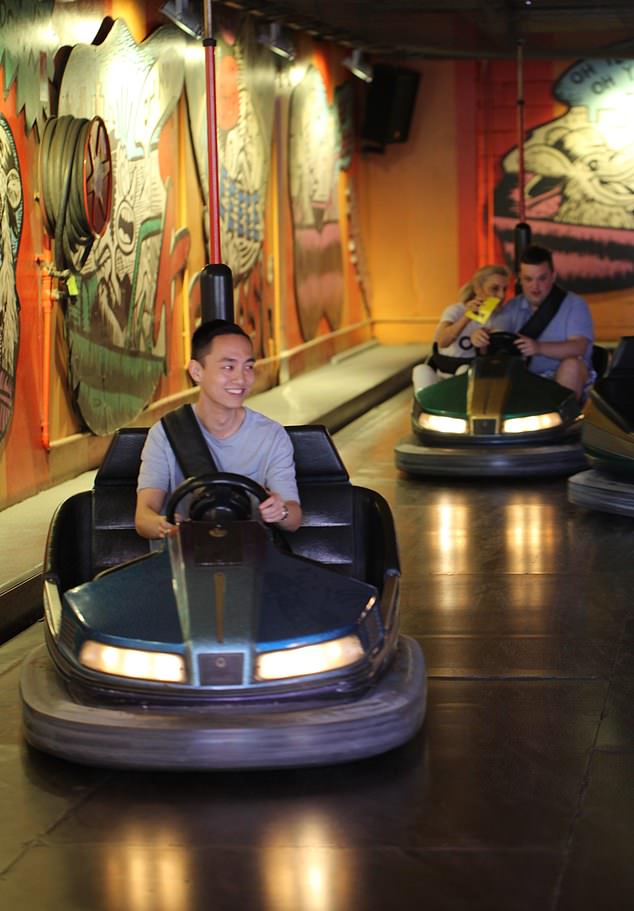 Learning to drive? Allan couldn't wipe the smile off his face, while Marissa was seen instructing Keiran how to navigate