Filming for the 2021 season of Married At First Sight is under way, with the latest batch of participants spotted arriving on set in Sydney's Lilyfield on Thursday.

The couples were spotted arriving for a dinner party shoot, with a fleet of black Suzukis ferrying them to the location from their apartment complex in the CBD.

The brides and grooms were preparing for the show's third dinner party, which means they are about halfway through filming the series. 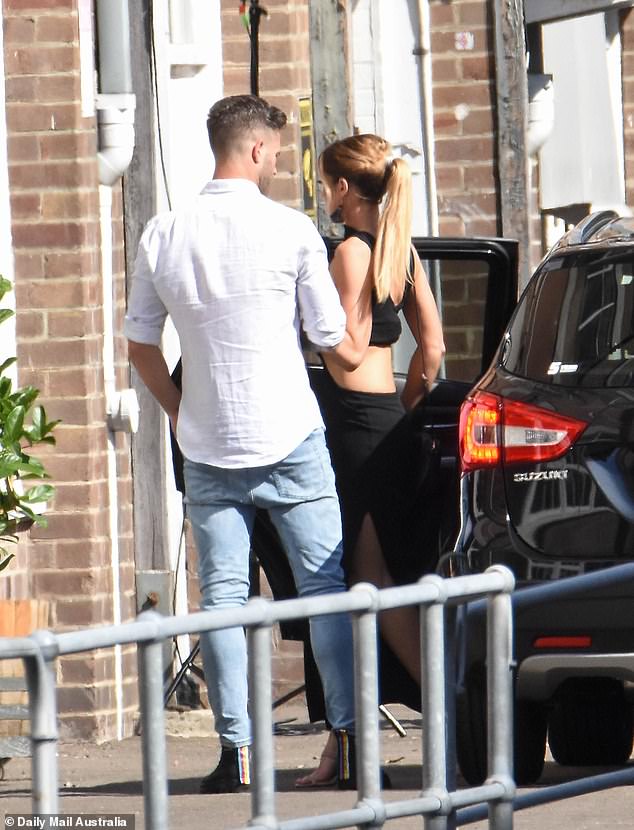 Action: Filming on the 2021 season of Married At First Sight is underway, with the latest batch of participants spotted arriving at one of the show's notorious dinner parties 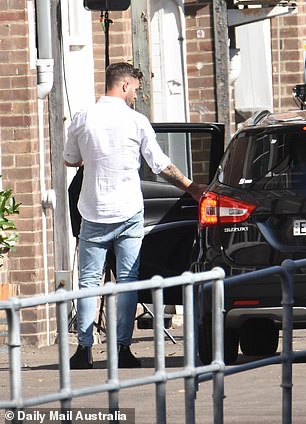 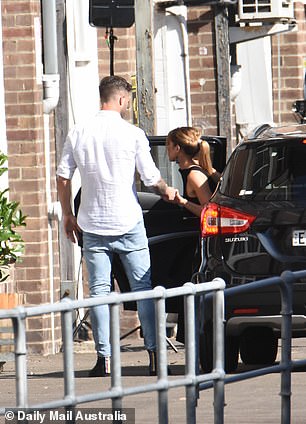 The show's cast was spotted arriving at a factory in Sydney's Lilyfield on Thursday, with a fleet of black Suzuki cars ferrying them to the location. Pictured: Jake Edwards [L] with his bride [R]

While the participants are yet to be officially announced, some of the upcoming stars have already been identified.

Proving himself to be quite the gentleman, former rising AFL star Jake Edwards was seen helping his bride out of the car.

He held the door open for his partner, before then closing it as she walked slightly ahead of him. 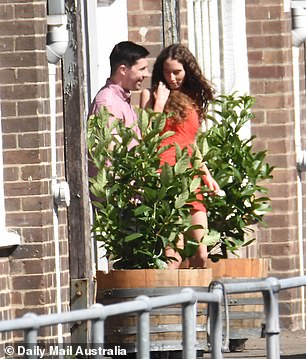 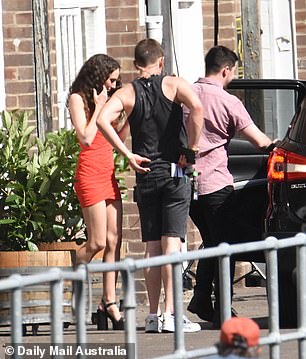 Red hot couple: Second to arrive, a yet-to-be-identified camera-shy brunette, who put on a leggy display in a figure-hugging red dress and black heels

Second to arrive was a yet-to-be-identified (and rather camera shy) brunette, who put on a leggy display in a slinky red dress and black heels.

Her partner, whose identity is also unknown, opted for a red shirt and black jeans.

When the third couple arrived, they swapped roles as the bride opened the car door for her handsome groom. 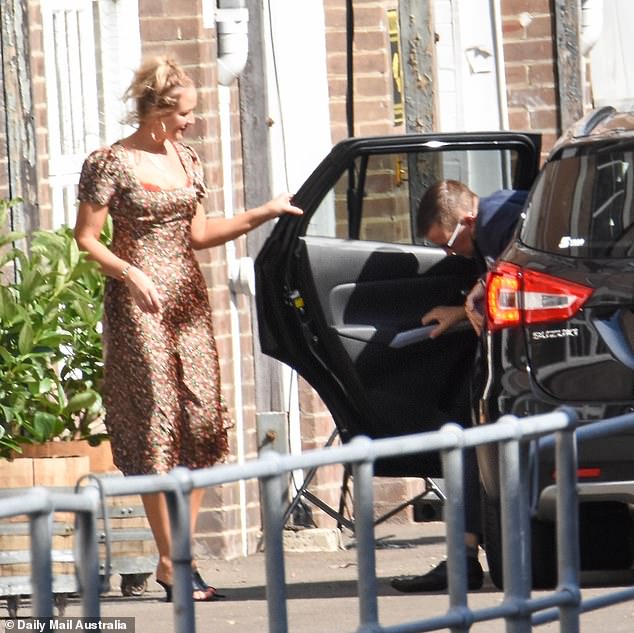 Chivalrous: A third couple's arrival saw one bride hold open the door for her groom, who was seen making his way out of the car 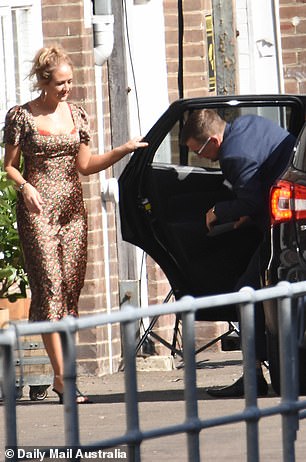 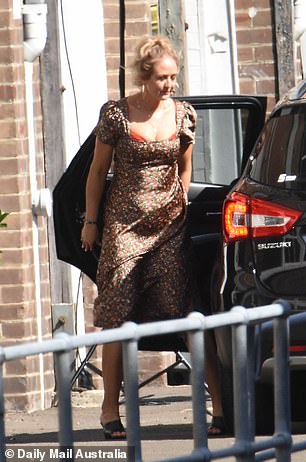 Sweet: The yet-to-be-identified blonde was all smiles as she hoped out of the car and held open the door for her television hubby

Later, a trendy-looking couple were seen filming multiple takes as they stepped out of their car and walked inside.

The brunette bride put on an eye-popping display in a sparkly, semi-sheer jumpsuit and red strappy heels.

Her on-screen husband opted for a black T-shirt and pants, which he paired with a brown leather jacket. 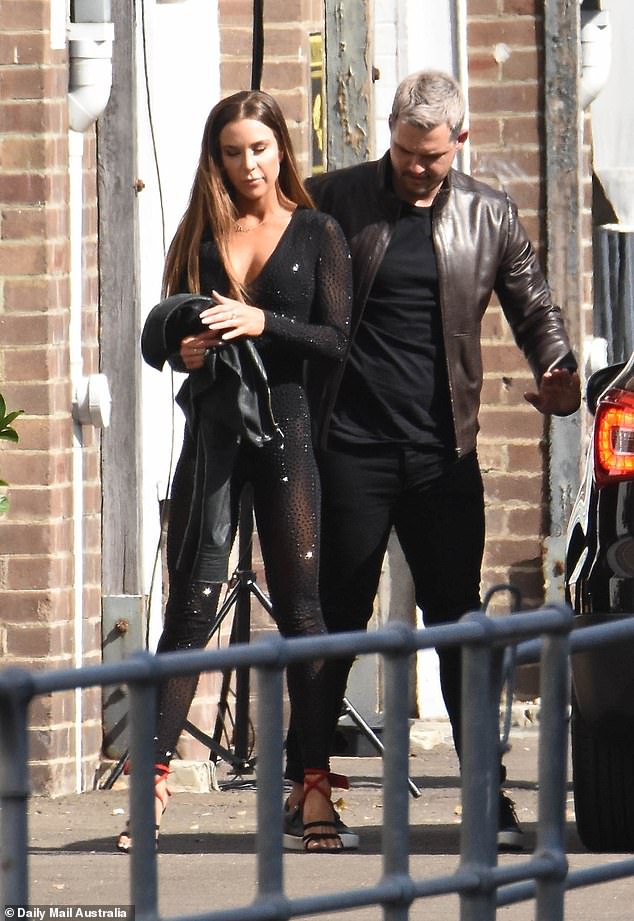 Perfect match! At one stage, a trendy couple were seen filming multiple takes while exiting their car

Raunchy: The brunette put on an eye-popping display in a risque black mesh sparkly jumpsuit and red strappy heels 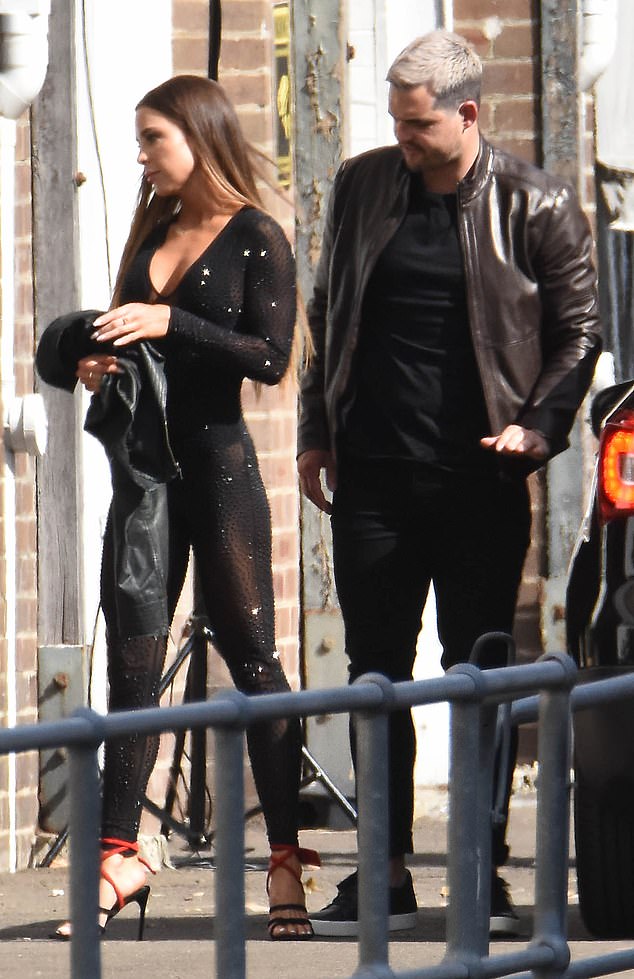 She styled her long, blonde hair in loose waves and carried her belongings in a black handbag.

Her yet-to-be-identified groom opted for a smart-casual look in a white T-shirt,