Bella Hadid ensured all eyes were on her as she put on a busty display during an outing in New York City over the weekend.

The model, 24, displayed her ample assets in a Michael Kors trench coat dress that featured a plunging neckline as she took part in a photoshoot for the brand.

Showcasing her jaw-dropping figure, Bella also sported a pair of black flat shoes and white ankle socks during the shoot. 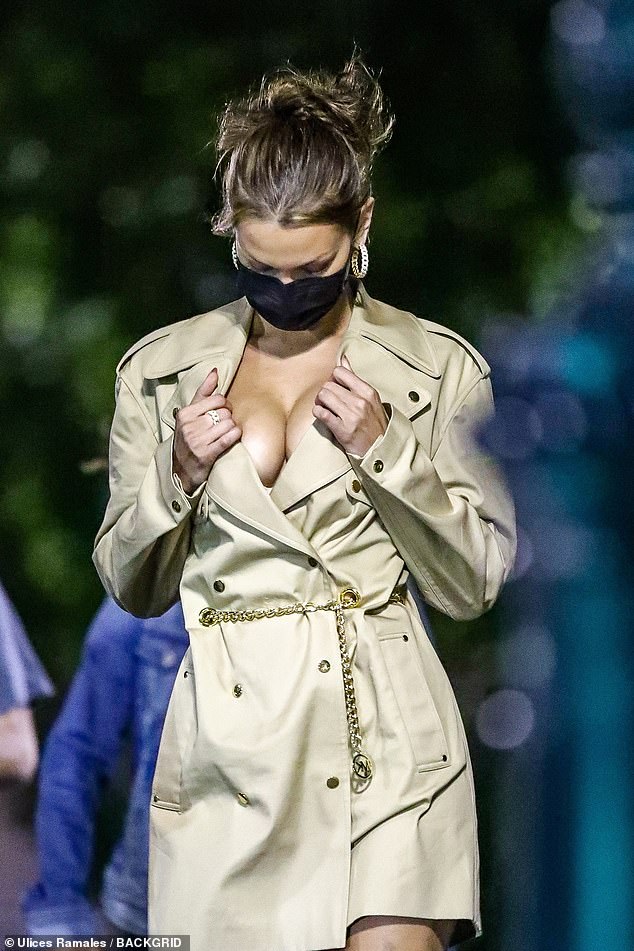 Wow: Bella Hadid, 24, ensured all eyes were on her as she put on a busty display during an outing in New York City over the weekend

The fashion icon put safety first with a black face mask while she styled her brunette locks into an updo.

Wearing a light pallet of makeup, the star added to her look with a pair of gold hooped earrings.

Bella, who is one of the modelling industry's most in-demand stars, was seen modelling other looks from Michael Kors earlier in the day.

Bella rang in her birthday last week by taking a yachting vacation to a sunny destination with her pals Devon Lee Carlson, Jesse Jo

PREV Justin Bieber heads out for his SNL appearance in NYC as his wife Hailey steps ...
NEXT Steve McQueen says he battled 'institutional racism' at school