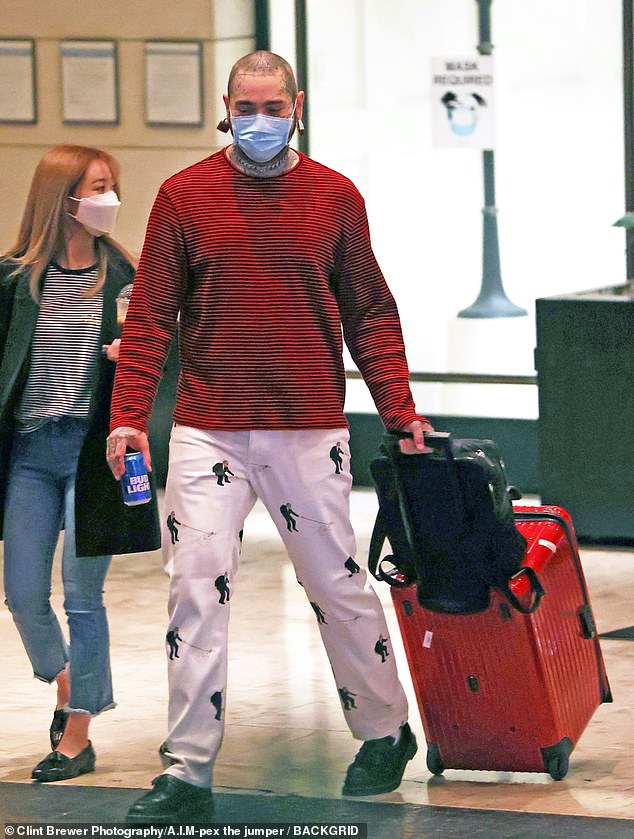 Rockstar life: Post Malone headed out of the London Hotel on Hollywood's Sunset Strip carrying a beer and pulling luggage full of designer duds on Friday

The Rockstar singer and rapper, 25, lived up to the title of his hit 2018 song decked out on white-patterned pants, a red and black striped shirt and black leather shoes.

He also sported a newly shaved head that helped showcase his array of head and face tattoos as he pulled some luggage reportedly full of new purchases and carried a Bud Light beer.

After their friendly greeting, Post took some time to chat with Ty Dolla, who