Delta Goodrem's future on The Voice Australia's coaching panel has been in question since Seven acquired the franchise from Nine in September.

And as she graces the cover of The Daily Telegraph's Stellar magazine this week for a high-fashion photo shoot, the 35-year-old addressed whether she's set to return to the red chair.

The Born to Try hitmaker, who joined The Voice nine years ago, kept mum on her next move, only saying that after every season of the show, she takes time to reflect. 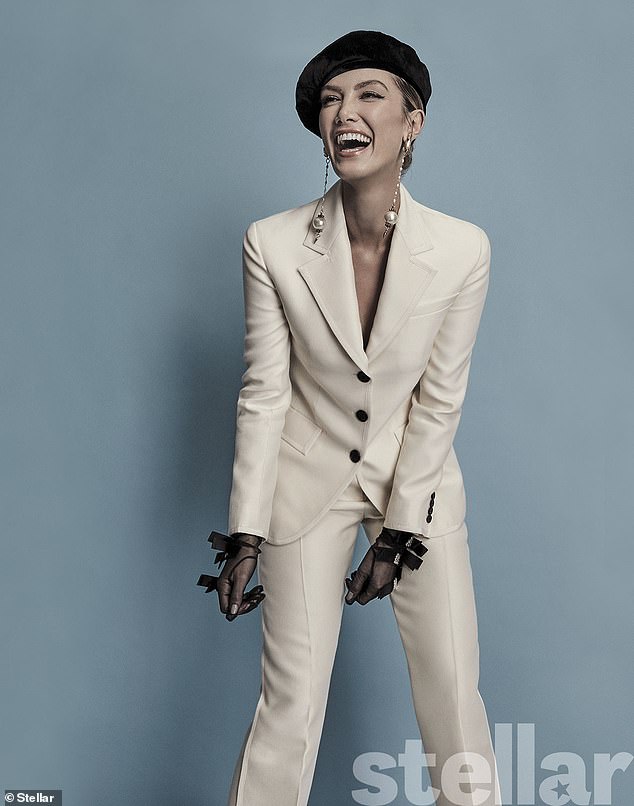 Set to return? Delta Goodrem, 35, FINALLY addressed her future on The Voice as the show jumps ship from Channel Nine to Seven, in a high-fashion photo shoot for The Daily Telegraph's Stellar magazine this week (pictured)

When asked matter-of-factly whether she's joining The Voice on Seven next year, Delta responded with a laugh: 'I love the show. It's such a wonderful experience and is something I've been a part of since day one.'

The songstress went on to explain the 'step-by-step' process behind her decision-making as an 'ever-evolving artist'.

'I say after every season - because everybody asks every year - that, as an artist, I take in each moment and appreciate the year that's been and all the different things I've been a part of.

'Then looking ahead, I step into every role and every decision for my next chapter as an ever-evolving artist, and it's always a step-by-step process of looking at my goals and planning the year ahead,' she continued. 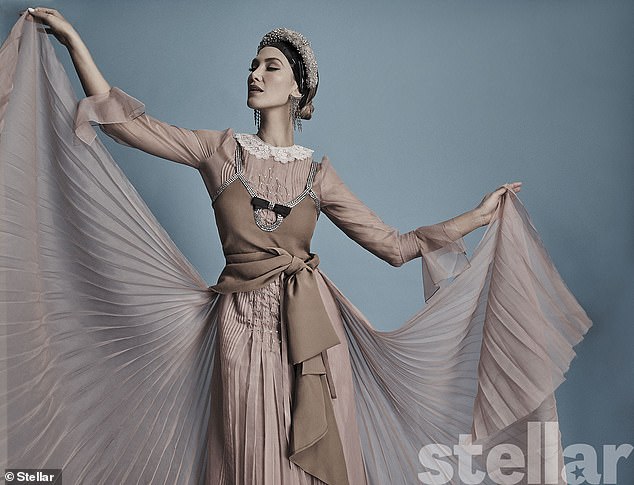 Coy: The Born to Try hitmaker, who joined The Voice nine years ago, kept mum on her next move, only saying that after every season of the show, she takes time to reflect

Delta's comments run alongside a stunning photo shoot that sees the star pose in high-fashion garb for her role as Friend of the Victoria Racing Club for Lexus Melbourne Cup Day.

For one look, Delta highlights her trim figure in