Olivia Attwood's reality series has been thrown into chaos thanks to Manchester's COVID-19 Tier 3 status.

The show - which is airing currently on ITVBe but still has finale scenes to shoot - is being heavily disrupted due to the heavy restrictions on the northern city.

'Going into Tier 3 just before the end of filming obviously has been a bit of a nightmare,' Olivia, 29, said, as reports The Sun. 'We only have a week or two left to film so it’s not ideal. 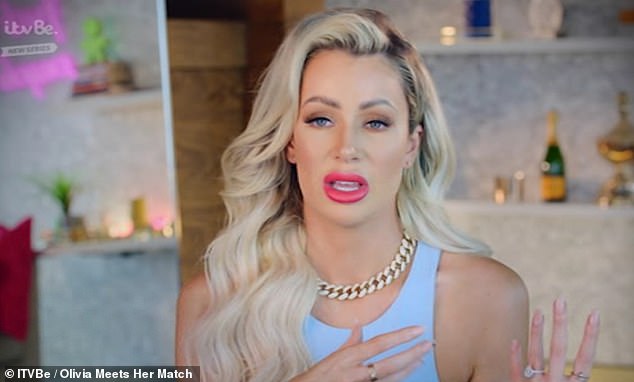 Not going to plan: Olivia Attwood's reality series has been thrown into chaos thanks to Manchester's COVID-19 Tier 3 status

'It means we are constantly having to change plans and scale things down but we are making it work the best we can.'

Olivia, who also appears in The Only Way Is Essex, added: 'I was planning to go back to TOWIE to film the Christmas special as well but that’s looking highly unlikely now too.'

The plan was for Olivia to say farewell to TOWIE over the festive season, as she is said to be leaving the show for good.

But with Manchester in Tier 3 and Essex in Tier 2, it seems impossible. 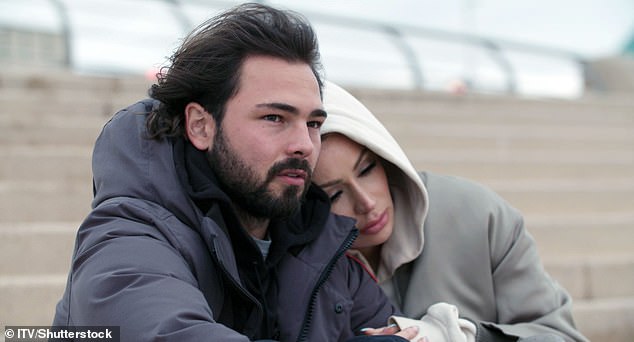 Up in the air: Olivia films the show with her fiancé Bradley Dack

Whether she will return at all, following the easing of rules next year, is yet to be determined.

Olivia revealed she checks her fiancé Bradley Dack's phone every night after he goes to bed on the debut episode of Olivia Meets Her Match.

The Love Island personality threatened to check Bradley's phone messages in front of him during a playful tiff, admitting she does it at nighttime anyway.

'I'll go down your phone if you want to play that game, Sonny,' she said.