Rebel Wilson has lost a staggering 20 kilograms as part of her 'year of health'.

And the 40-year-old proved she isn't shy when it comes to flaunting her new physique as she attended a Halloween party in Los Angeles on Saturday.

Dressing up as a 'coronavirus  killer', the slimmed-down star wore a skimpy black leotard which featured a midriff cut-out and silver material across the bust. 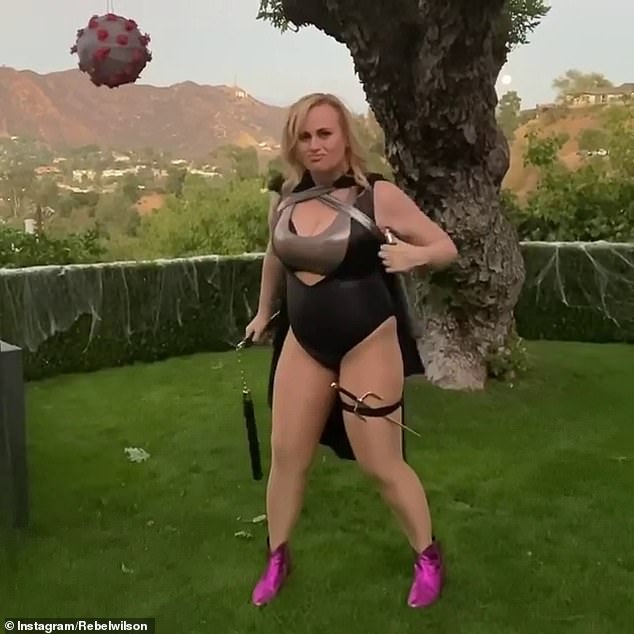 If looks could kill! Rebel Wilson, 40, (pictured) flaunted her incredible 20 kilogram weight loss as she donned a skimpy black leotard while dressing as a 'coronavirus killing warrior' for Halloween in Los Angeles on Saturday

Rebel paired the outfit with a black cape as well as metallic purple ankle boots.

She finished her look with a strap elastic around her thigh, and armed herself with a small toy sword and nunchucks.

'Just call me: RONA (Warrior Princess) ...destroying 'rona wherever I go,' Rebel captioned an Instagram video of herself flipping the toy nunchucks around - a clear reference to the hit TV show Xena: Warrior Princess.

Ready for battle! Rebel paired the outfit with a black cape as well as metallic purple ankle boots. She finished her look with a strap elastic around her thigh

Rebel later uploaded a video of herself doing a warrior-themed dance with her sister Annachi, TV presenter Marissa Montgomery and stuntwoman Meredith Richardson.

At one point, Marissa performed an impressive flip as the women strutted and flipped their nunchucks in the background.

'TOGETHER WE ARE: THE NUN-CHICKS,' Rebel wrote in the caption. 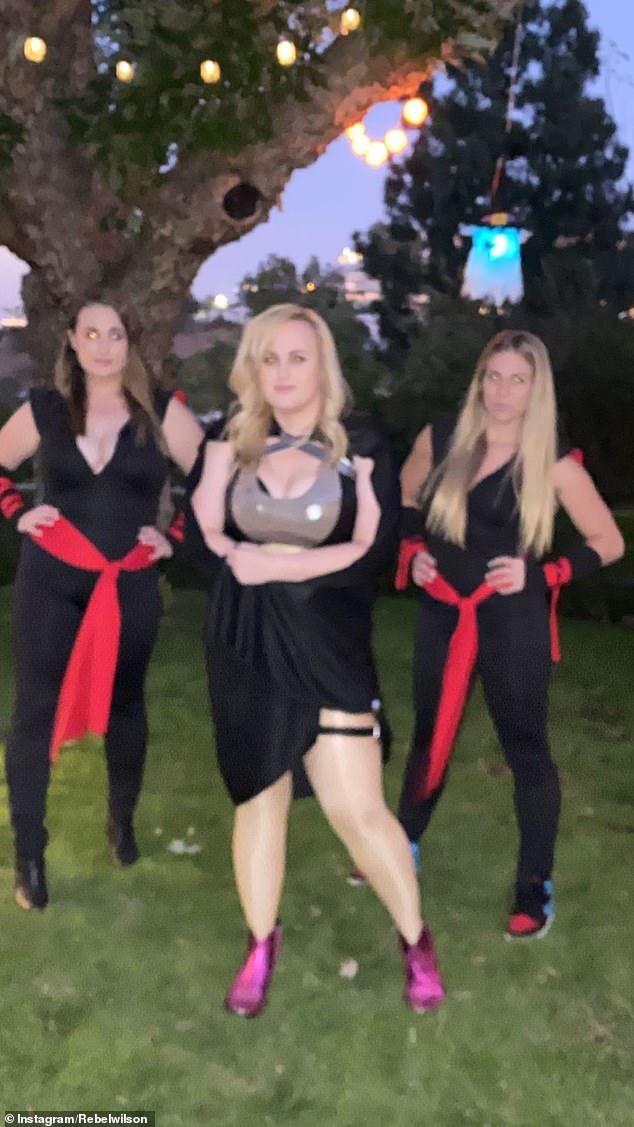 Rebel later revealed that the filming for the festive clip actually didn't take very long for the girls.