The 34-year-old actress looked to be in great spirits while hiking with a friend and her dog in Southern California.

Depp, 57, sued The Sun for an article describing him as a 'wife beater' following multiple domestic violence accusations waged on him during his two-year marriage to Heard. 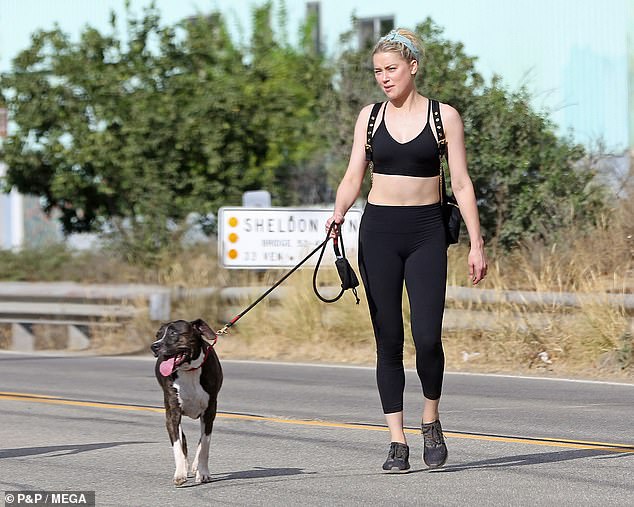 Out and about: Amber Heard stepped out for some fresh air in Los Angeles on Tuesday afternoon after ex husband Johnny Depp lost a 'wife beater' libel suit

Mr. Justice Nicol wrote that Heard's claims were 'substantially true' in a written statement through the UK Ministry of Justice.

The judge concluded that Depp had beaten Heard a dozen times, beginning in 2013 when he slapped the actress across the face when she made a comment about a tattoo on his arm that he changed from 'Winona Forever' to 'Wino Forever' when he split up with Winona Ryder.

'For those of us present for the London High Court trial, this decision and Judgment are not a surprise,' Heard's US counsel, Elaine Charlson Bredehoft, said in a written statement.

In his ruling, the judge found Depp attacked his ex-wife a dozen times and said he accepted that the Pirates of the Caribbean actor became a 'monster' when he binged on drink and drugs. 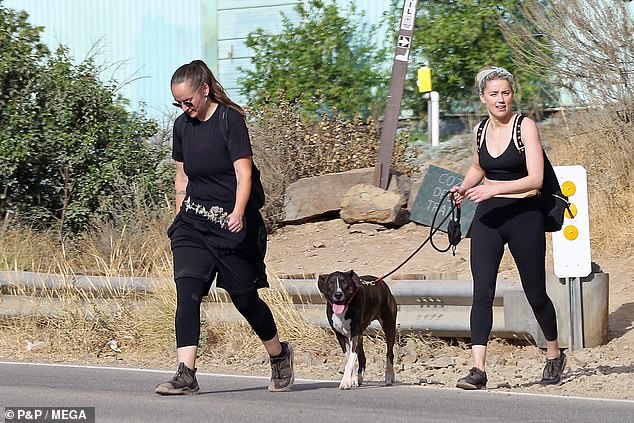