Channel 10's last attempt at a breakfast program, Wake Up, was axed in 2014 after just six months on the air.

And on Thursday, the show's former host James Mathison revealed why it was 'the most disastrous thing I've ever been anywhere near'.

James, 42, told TV Tonight it was an uphill struggle to get talent to the studio at Queenscliff Surf Club at Manly Beach in the early hours. 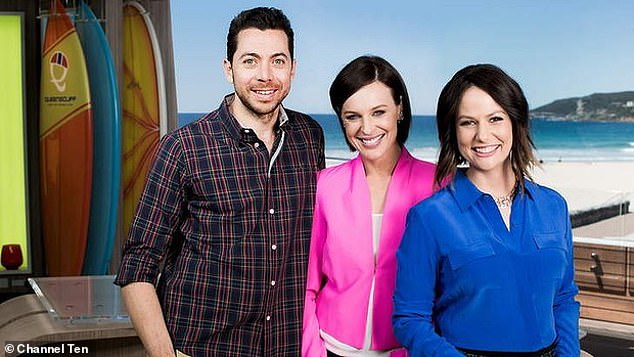 'Getting out to Manly at peak hour… what we would do in the middle of winter, there's a book in that!' he said.

James, who presented Wake Up alongside Natarsha Belling, added: 'It was like the Frontline of breakfast TV, the sequence of events around that.'

PREV The Bachelorette: Clare Crawley gets ENGAGED to Dale Moss and Tayshia Adams ...
NEXT TALK OF THE TOWN: It's Granny Hall! Supermodel Jerry, 64, greets her first ...