She has been hard at work rehearsing for the upcoming 2021 series of Dancing On Ice.

And Faye Brookes took a break from training to take her Pomeranian puppy, Bear, out for a walk with her boyfriend on Tuesday.

The former Coronation Street actress, 33, and her fitness instructor beau looked smitten with the new addition to their family as they strolled through Manchester. 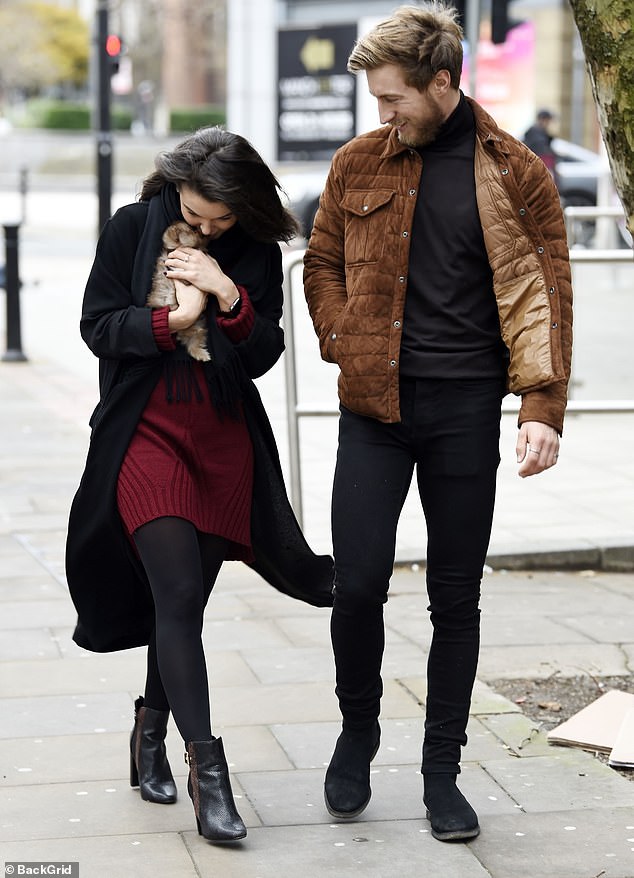 Furry friend: Dancing On Ice's Faye Brookes held her sweet Pomeranian puppy, Bear, during a stroll around Manchester with her boyfriend Joe Davies on Tuesday

Faye cut a casual figure in a crimson knit dress and a cardigan which she paired with black tights.

The actress added height to her frame with black boots and she styled her raven tresses in a straight style as she cradled her fluffy bundle of joy.

Her boyfriend looked effortlessly stylish in skinny jeans and a black top,

Joe completed the look with a brown quilted jacket and suede boots as he smiled lovingly at Faye and their new pooch. 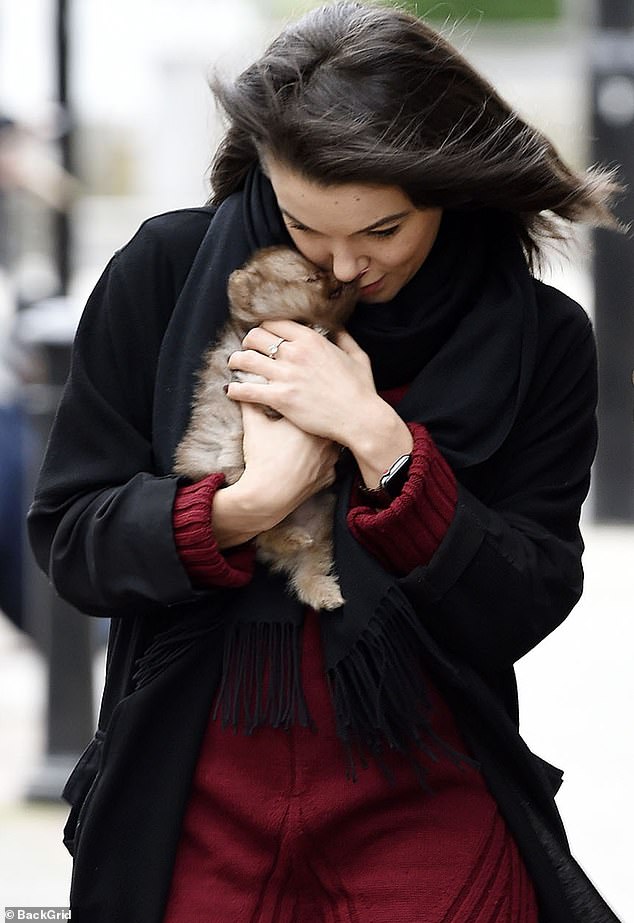 Delightful! The former Coronation Street actress, 33, looked smitten with the new addition to her family as she walked through the city and shielded him from the chilly November weather 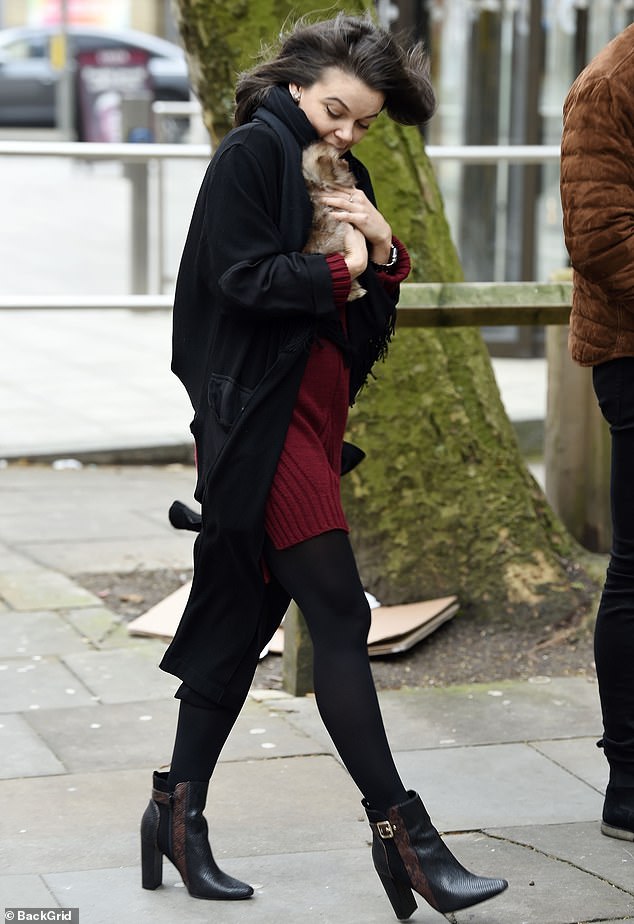 Autumnal chic: Faye cut a casual figure in a crimson knit dress and a cardigan which she paired with black tights

She cuddled her puppy once more and wrote: 'Our little family just got a whole lot bigger ...Here is our Bear.

'And our hearts are bursting! Christmas came early for us thanks to @iamjustjoe for making it