The radio host, 49, performed the uncanny impersonation on the breakfast show on Tuesday, which she co-hosts with Jamie Theakston, 49.

They were talking with showbiz reporter Ashley Roberts, 39, about the new series of Netflix's The Crown.

Getting into character, Amanda said: 'I really like her [Gillian Anderson] as Margaret Thatcher.'

Ashley then responds: 'Oh my god, that's so good!'

The former Wild At Heart actress explained: 'I used to do that when I was eight - only with Gladys Pugh from Hi-De-Hi.'

Amanda explained that every word Thatcher said was 'measured' and added it was with a 'slight head tilt'. 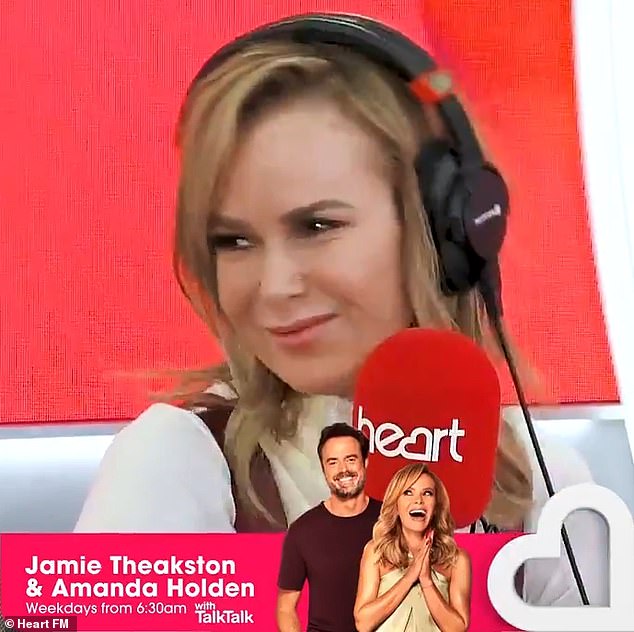 Over the weekend, Amanda celebrated the success of her new album Songs From My Heart, which was released in October.

Writing on Instagram, she said: 'Thank you everyone for making "Songs From My Heart" the biggest selling debut album by a female artist this year so far!!!'

She cryptically added: 'I've got a little surprise that I can’t wait to share with you in a couple of weeks...'