Joanna Burgess' in-laws Sam and Phoebe Burgess are currently making headlines as they battle it out in court following their bitter divorce.

But the interior designer, who is married to Sam's younger brother George, doesn't seem to be worrying about the unpleasant family drama.

Taking to Instagram on Wednesday, Joanna remembered her own wedding day by sharing a series of throwback photos from when she tried on her bridal dress at the Pallas Couture boutique. 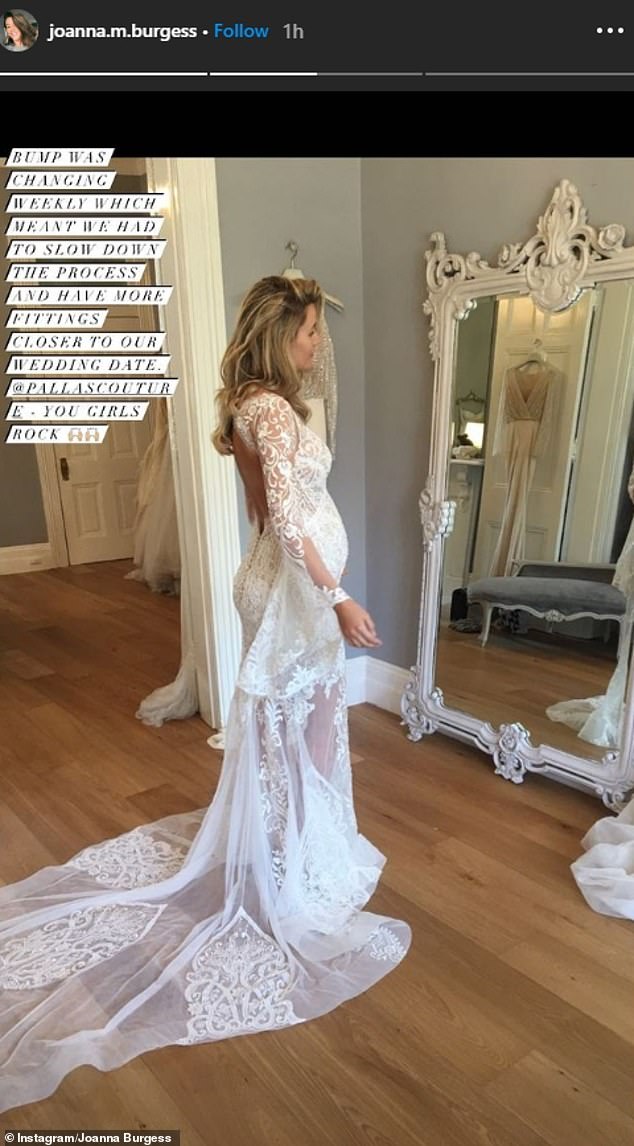 Throwback: Joanna Burgess appeared to be worlds away from her in-laws' legal dramas on Tuesday as she shared throwbacks to Instagram from her wedding dress fitting four years ago

'This time four years ago... A few final dress fittings focusing around bump before our special day,' she wrote, noting how she was pregnant at the time.

She then addressed what it was like getting married while expecting a child.

'Bump was changing weekly which meant we had to slow down the process and have more fittings closer to our wedding date,' she explained. 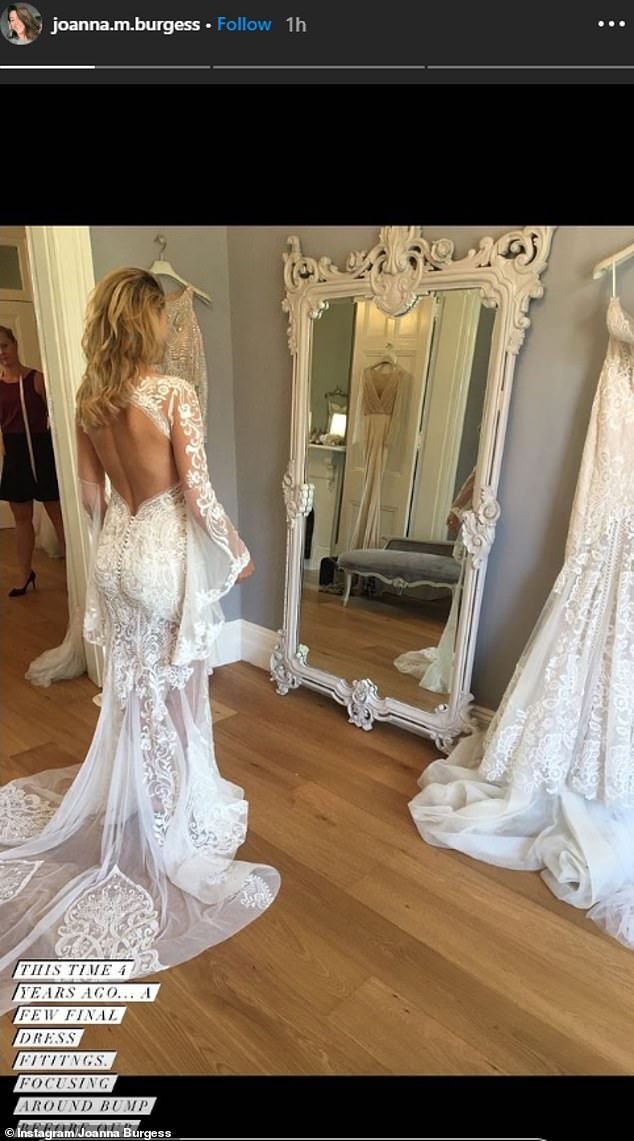 Joanna looked radiant in the backless gown, which perfectly fit her