Having worked up a sweat on the tennis court, the 73-year-old British billionaire clutched a towel and a water bottle as he left. 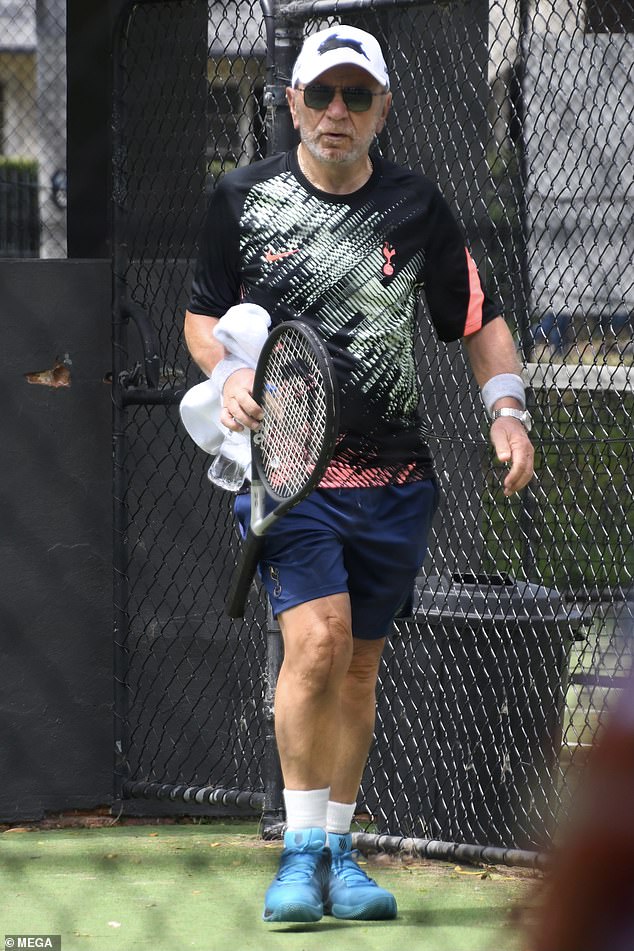 Lord Sugar rounded out his sporty ensemble with a pair of brightly coloured blue running shoes and white sports socks.

He wore sweatbands around his wrists and concealed his gaze behind sunglasses.

NSW records one local case of Covid after premier promised to ease restrictions ...