'Sounds like she broke the rules!' Loose Women's Linda Robson is accused of flouting Tier 4 regulations after revealing she spent Christmas Day with daughter and grandchildren

Loose Women star Linda Robson has been accused of flouting Tier 4 rules, after revealing she spent Christmas Day with her daughter and grandchildren.

The 62-year-old actress returned to the popular ITV show on Monday, and joined fellow panellists Jane Moore, Brenda Edwards and Kéllé Bryan in discussing how she celebrated the Yuletide season.

However, when Linda revealed that she celebrated with her extended family, who she said were in her 'bubble' outraged viewers took to Twitter in droves to accuse her going against government advice. 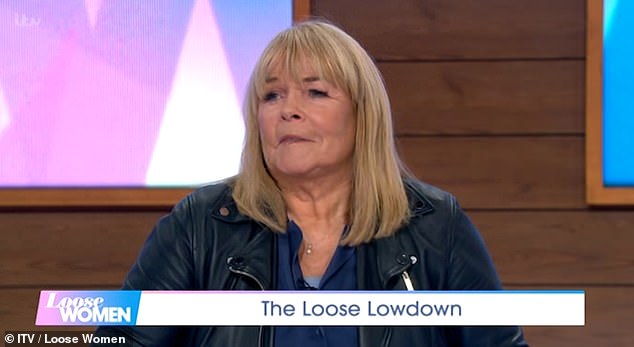 Rule break? Loose Women star Linda Robson has been accused of flouting Tier 4 rules, after revealing she spent Christmas Day with her daughter and grandchildren

When asked by moderator Jane if she had a good Christmas, Linda responded: 'Yeah, it was lovely. I had the family around because they're in my bubble. So I cooked roast dinner for everybody.

'Saw my granddaughters, which obviously Christmas wouldn't have been Christmas for me without seeing them. So that was really nice.'

However, viewers were quick to point out that unless either Linda or her daughter were living without their partners, they could not legally be in a bubble together.

According to government guidelines, households with only one adult can form a bubble with another household in Tier 4, including in the

PREV The racy foot pictures I'm a Celebrity's Ash Williams sold for cash on ...
NEXT Richard Wilkins vows to cut down on the booze in 2021