They ventured out with their four-month-old son Rhodes earlier this week for a lovely nature walk.

But Emma Roberts and her boyfriend Garrett Hedlund left the baby with a sitter on Sunday when they enjoyed a low-key day date in Los Angeles' Los Feliz neighborhood.

The 30-year-old American Horror Story actress and the 36-year-old Triple frontier actor were seen close together as they got a caffeine pick-me-up and did some magazine shopping on the sunny day. 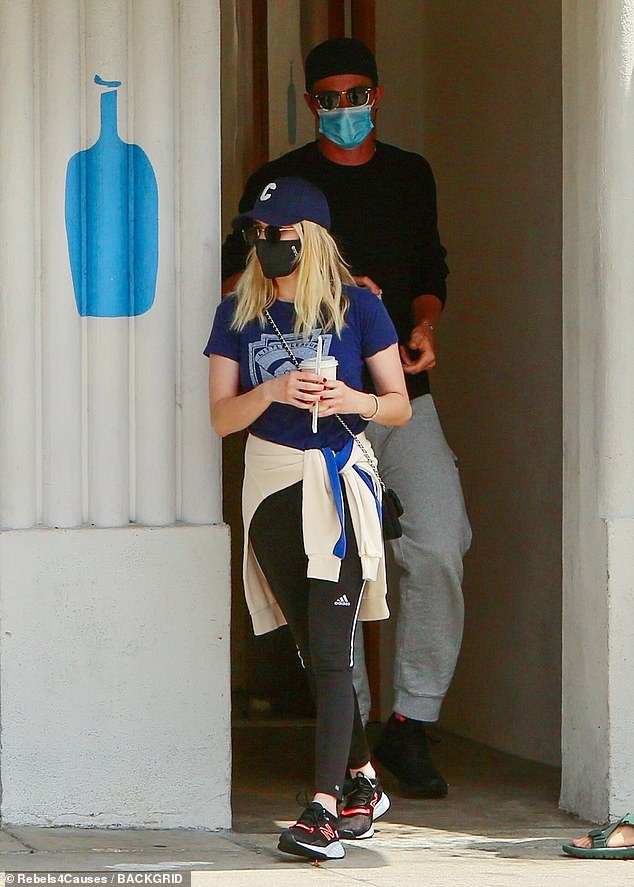 On their own: Emma Roberts, 30, and her boyfriend Garrett Hedlund, 36, had a relaxing day to themselves as they grabbed coffee and shopped at a newsstand in Los Feliz without baby Rhodes

Emma looked sporty in a figure-hugging black pair of Adidas leggings as she and her boyfriend grabbed a stimulating drink at Blue Bottle Coffee.

She kept up her low-key vibe with a navy blue Little League Baseball T-shirt, and she also wrapped a tan sweatshirt with blue stripes running down the arms around her waist.

The former Nickelodeon star completed her casual ensemble with comfortable black New Balance trainers and a navy baseball cap that covered up her voluminous blond locks.

Garrett appeared to be wearing a dark shirt with rolled-up sleeves and gray sweatpants, along with dark shoes and a backwards baseball cap. 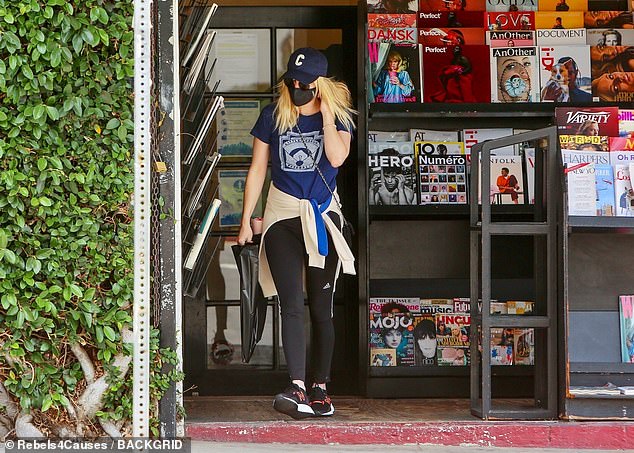 Both he and Emma wore masks to help slow the spread of Covid-19.

In addition to picking up their coffees, the two did some browsing at an outdoor newsstand, and the actress appeared to have purchased some magazines.

She's shown that she's an admiring of the written word after launching her online book club Belletrist in 2017.

The club's Instagram page currently boasts 262K followers, and Emma did some promotion for