The Spice Girls have reportedly begun talks with a screenwriter to pen a sequel to their 1997 hit film Spice World.

Sources claim that the group, spear-headed by Geri Horner, have begun discussions with a writer who could create a script for a star-studded sequel ahead of the band's 25th Anniversary this year.

Fans have long been hoping that the Spice Girls, with or without Victoria Beckham will make a quarter of a century since their inception with a reunion tour, but any progress has been put on ice in recent months due to the Covid pandemic. 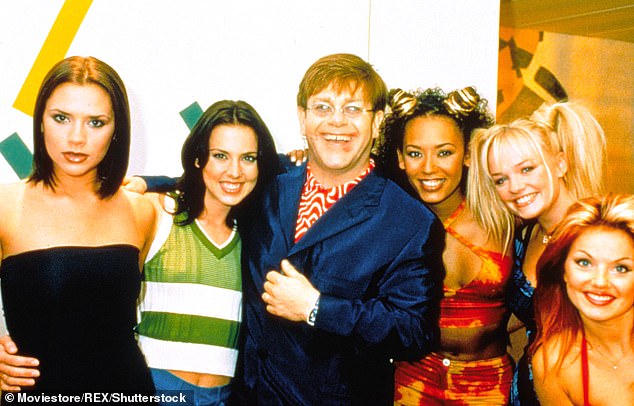 It's back! The Spice Girls have reportedly begun talks with a screenwriter to pen a sequel to their 1997 hit film Spice World: The Movie (pictured with the film's star Elton John)

A source told The Sun that while Geri is leading the plan, Emma Bunton, Mel C and Mel B are also tentatively on board, and are hoping the project could tempt back ex-bandmate Victoria.

They said: 'The girls have been talking about how to mark the film's anniversary and are actively considering making a tongue-in-cheek sequel.

'They have approached a screenwriter who is considering working on the project and making tentative steps forward.

'It is still in the early stages but they are talking to established names in the business, which proves they are taking a big screen comeback seriously.'

MailOnline has contacted representatives for The Spice Girls for comment. 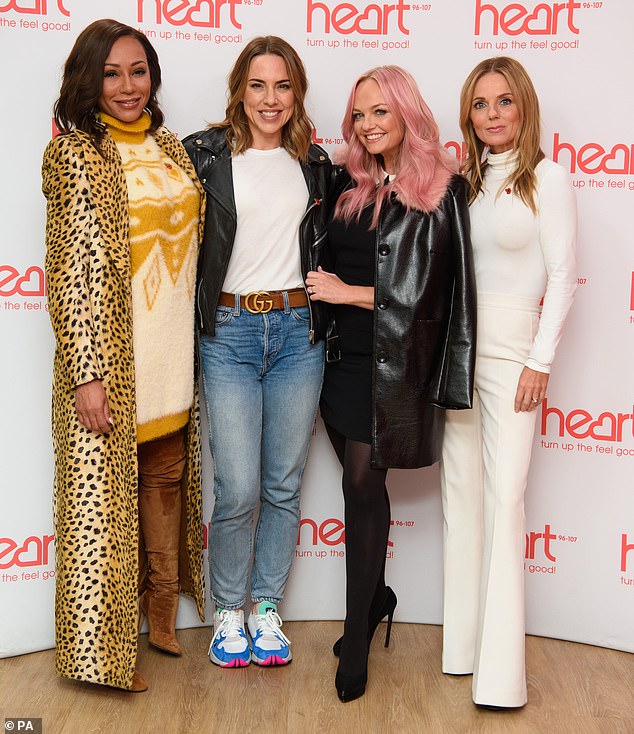 Reuniting? Sources claim that the group have begun discussions with a writer who could create a script for a star-studded sequel ahead of the band's 25th Anniversary this year

The original Spice World was a smash hit when it was released in the UK 24 years ago, and despite being panned by critics is still beloved by fans thanks to its tongue-in-cheek tone.

It saw all five members of the band playing fictional versions of themselves, and depicting them on a surreal and chaotic journey to a concert in London's Royal Albert Hall, with plenty of humourous flashbacks and

PREV Lily James and Dominic West appear in new Pursuit Of Love snaps after their ...
NEXT Millie Mackintosh goes topless in pregnant snap taken days before she welcomed ...