Enrique Iglesias shares a zany Fourth of July selfie with twins he shares with ... 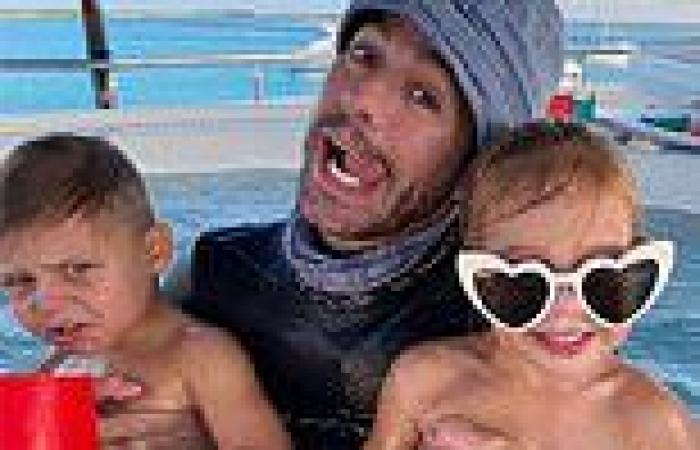 Enrique Iglesias shared a zany selfie that included a rare glimpse of his three-year-old twins he shares with Anna Kournikova on Sunday, July 4th.

The Bailando crooner, 46, made a funny face in the snap, that saw him wearing a bucket hat and bandana around his neck, along with a black top.

His twins Lucy and Nicholas were in his arms in the water, with Lucy smiling while wearing white heart-shaped sunglasses. 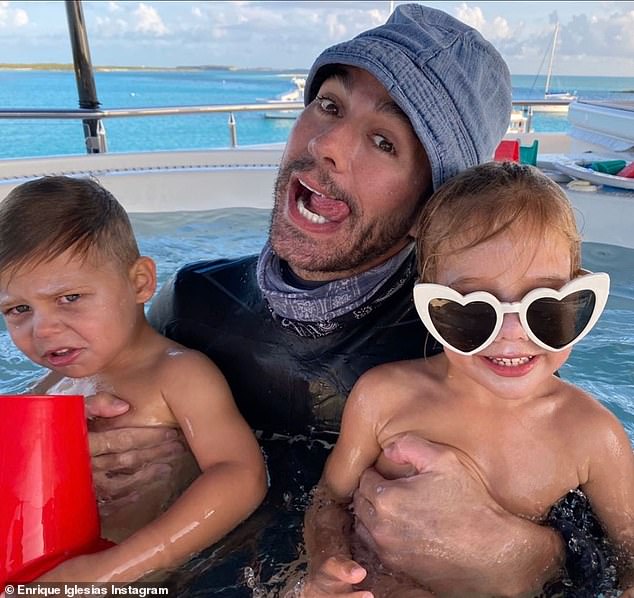 Fourth of July is the ideal time to hang in the pool with the kids: That's exactly what Enrique Iglesias did on Sunday, when he shared a zany selfie that included his three-year-old twins

Her brother looked a little less enthused, making a crying face as he held a red pail in the water.

Enrique used two hashtags for the caption, #fourthofjuly and #MEPASE, the latter of which refers to his brand new single.

The pair are relatively private about their home life, not often sharing snaps of the family as a whole. 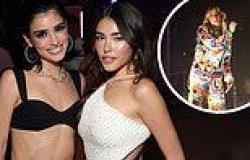 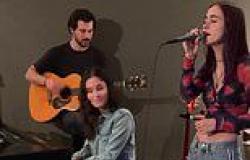 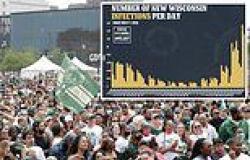 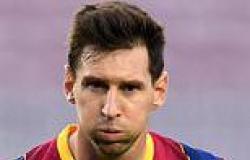 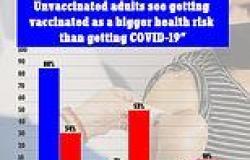