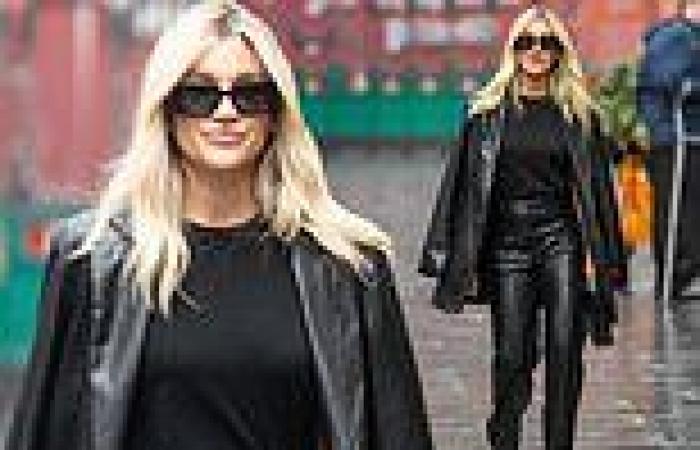 She is known for putting on a sensational display daily.

And Ashley Roberts was again wowing as she stepped out in a pair of leather trousers and matching blazer after her Heart FM radio show on Tuesday.

The former Pussycat Dolls star, 39, looked sensational in the leather look as she braved the wet weather in London, while cutting a stylish figure in the all-black ensemble which highlighted her incredible figure. 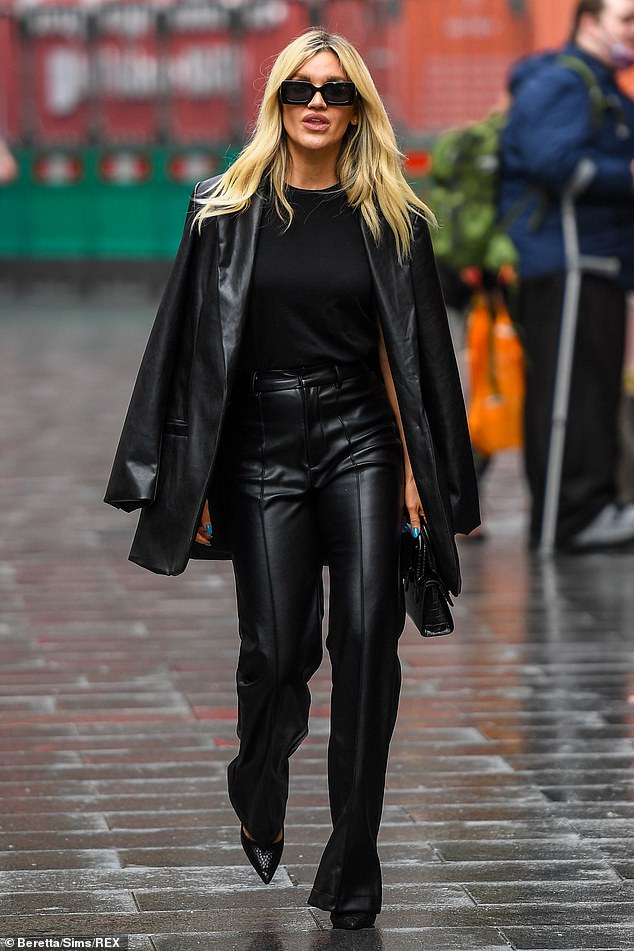 Chic: Ashley Roberts, 39, wowed in a pair of leather trousers and a matching blazer as she left her Heart FM radio show at Global Studios, London, on Tuesday

Ashley donned a pair of straight-leg leather trousers from Because Of Alice, retailing at £85, for her shift on the radio and tucked a black T-shirt into the waistline.

She topped off the standout look with a matching black leather boyfriend blazer - costing £95 - which hung off her shoulders.

To accesorise the look she wore a pair of rectangle sunglasses, carried a small black crocodile-effect handbag and wore some black pointed high heels.

The only colour in her look came from her bright blue nails which were perfectly manicured. 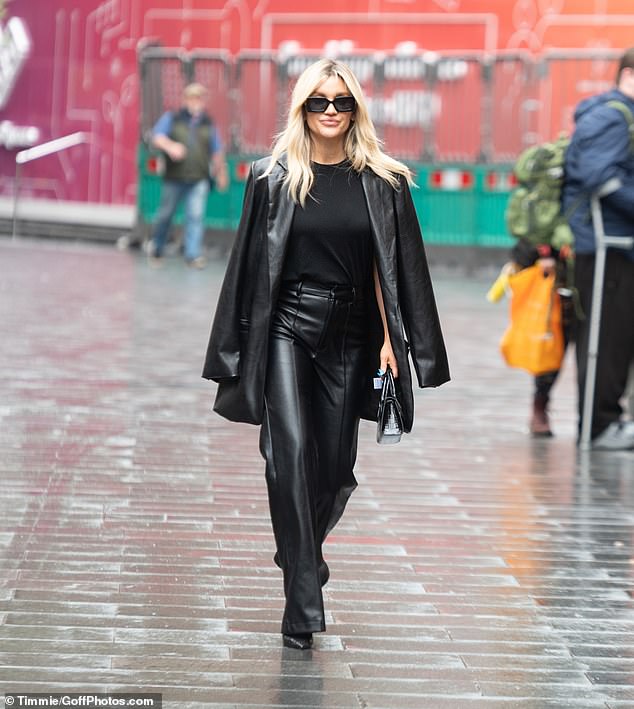 Stylish: The former Pussycat Dolls star rocked the leather look as she braved the wet weather in the capital 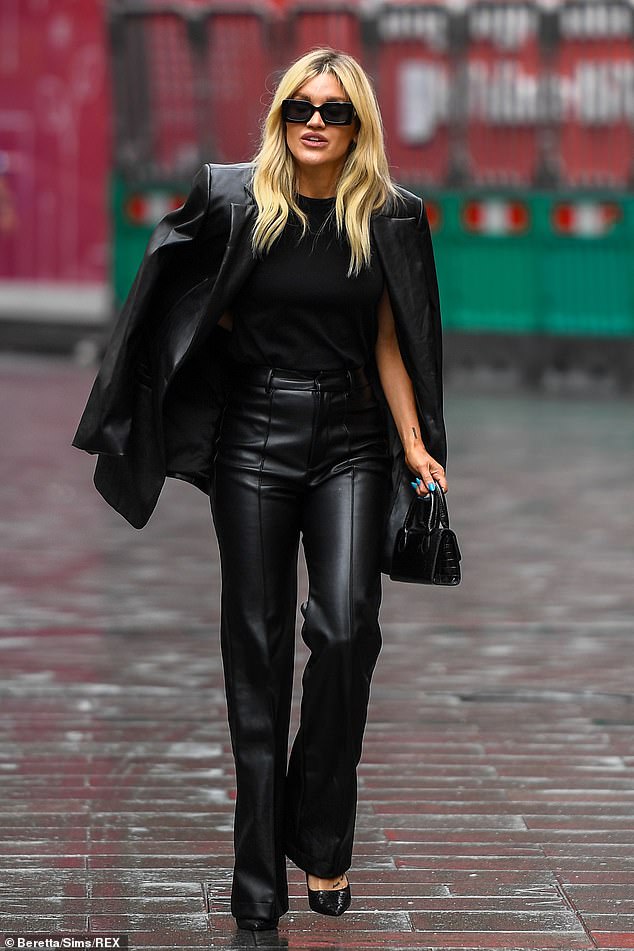 Fashionable: Ashley donned a pair of straight-leg leather trousers from Because of Alice and tucked a black T-shirt into the waistline

It comes after it was revealed that her ex Giovanni Pernice is said to be moving 'really quickly' with new girlfriend Love Island star Maura Higgins.

Ashley and Giovanni split in January last year after one year of dating.

He announced the news on Twitter, writing: ''Ashley and I have made the decision to separate as a couple. We remain friends and wish

PREV Dean Gaffney, 43, wants to be the 'best-looking grandpa' after his daughter ...
NEXT Lizzo models glittering metallic bra and 'slime green' hairdo 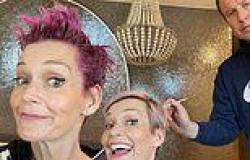 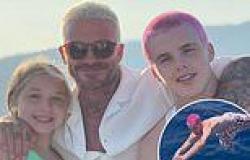 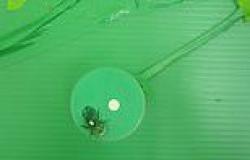 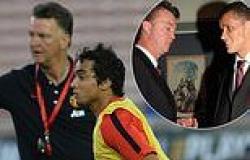