Spain's Alvaro Morata is greeted by his adoring wife and kids as he arrives in ... 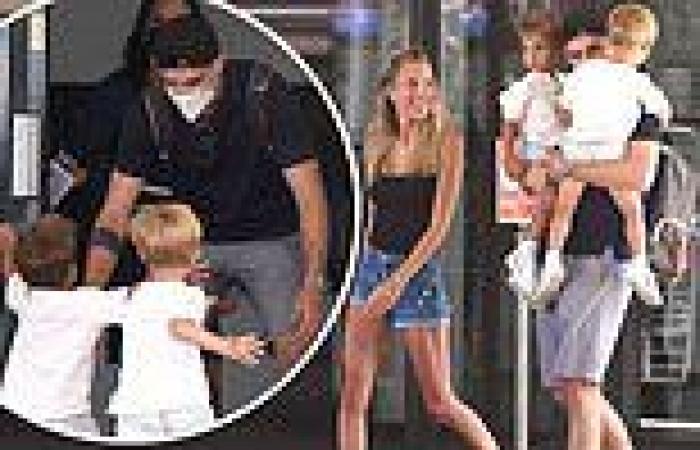 He missed a crucial penalty on Tuesday as Spain lost to Italy after a penalty shootout in their Euro 2020 semi-final match.

And, Alvaro Morata, 28, was greeted by his adoring wife Alice Campello, 26, and their twin boys Leonardo and Alessandro, two, as he arrived in Sardinia, Italy, on Wednesday.

The striker's children excitedly ran towards their father as he emerged from the airport, with their mother proudly watching on. The couple are also parents to nine-month-old Edoardo.

Though he plays for the Spain national team, he actually returned to the country that knocked him out because he currently plays in Italy for Juventus alongside Cristiano Ronaldo. 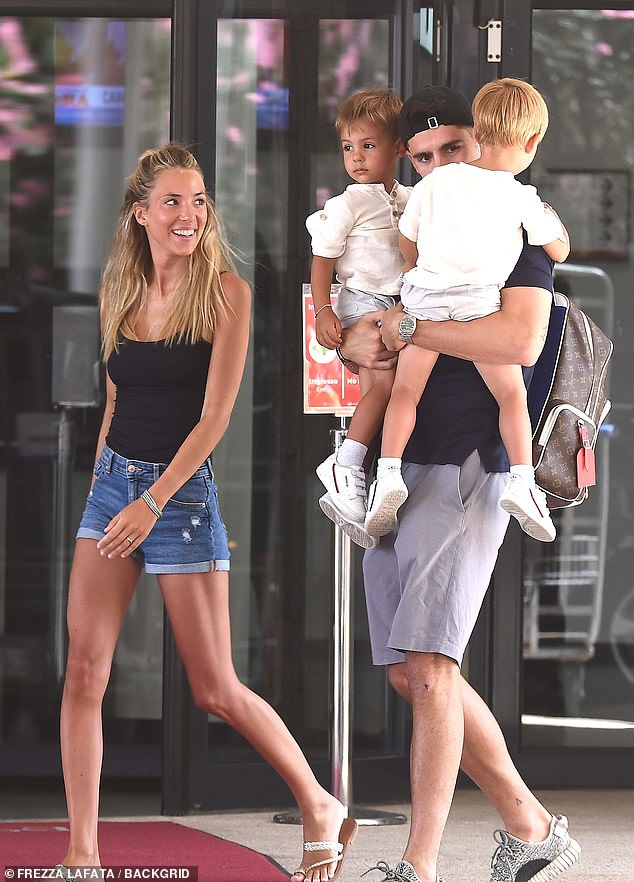 Reunion: Alvaro Morata, 28, was greeted by his adoring wife Alice Campello, 26, and their twin boys Leonardo and Alessandro, two, as he arrived in Sardinia, Italy, on Wednesday

The emotional reunion saw Alvaro reach down to sweep his young sons up into his arms and carry them both as he strolled alongside his wife.

The Spanish footballer kept things casual in grey shorts and a black polo-shirt, while carrying his belongings in a large Louis Vuitton backpack.

Alice showed off her slim pins in tiny denim cutoffs and braided sandals, which she teamed with a simple black strappy camisole.

The blonde beauty opted for a simple, bronzed make-up look and styled her long tresses into an effortless half-up 'do. 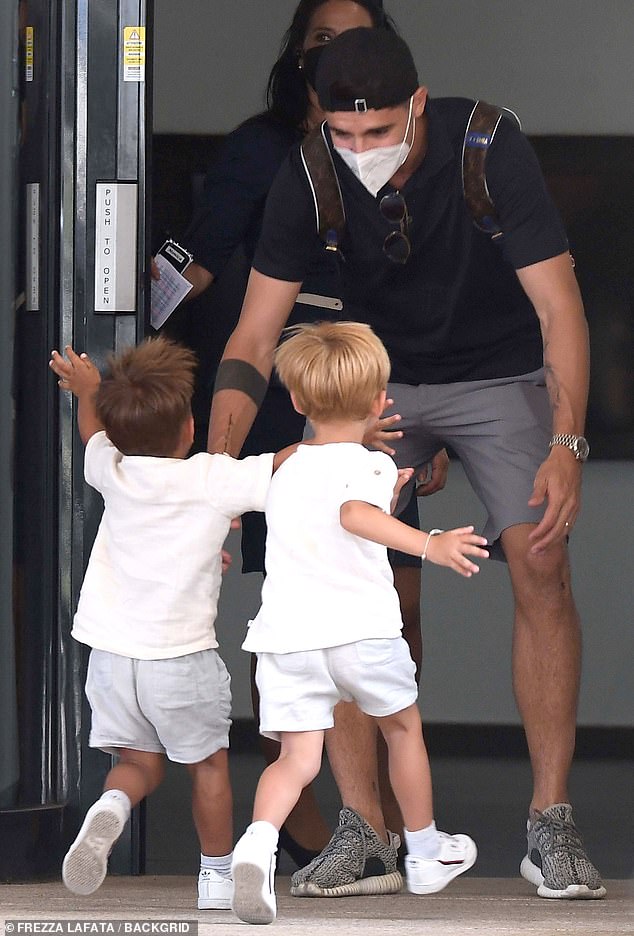 Adorable: The striker's children excitedly ran towards their father as he emerged 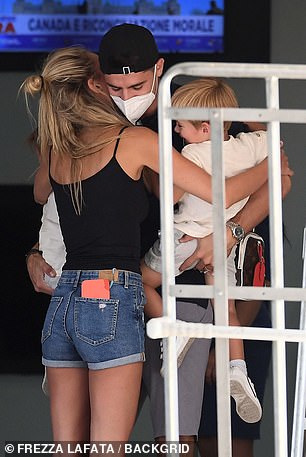 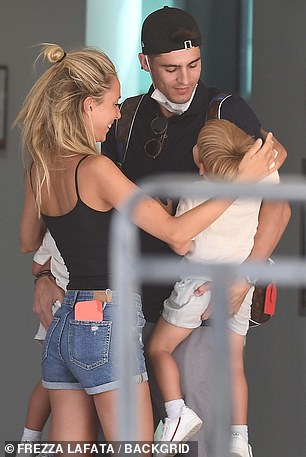 Emotional: Alvaro and Alice shared a warm embrace with their sons between them 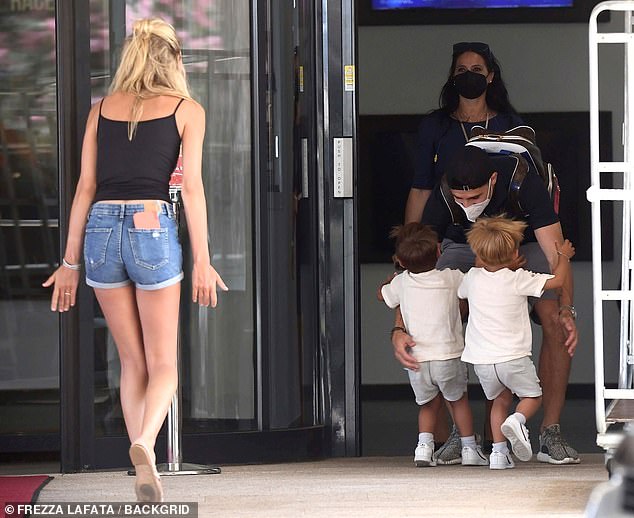 What a moment: Alice watched on proudly as her sons ran towards their father 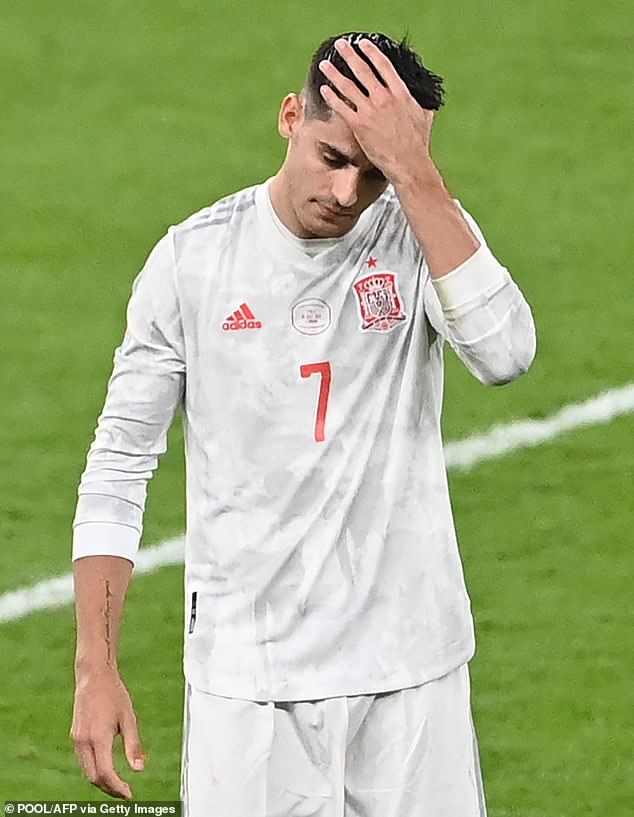 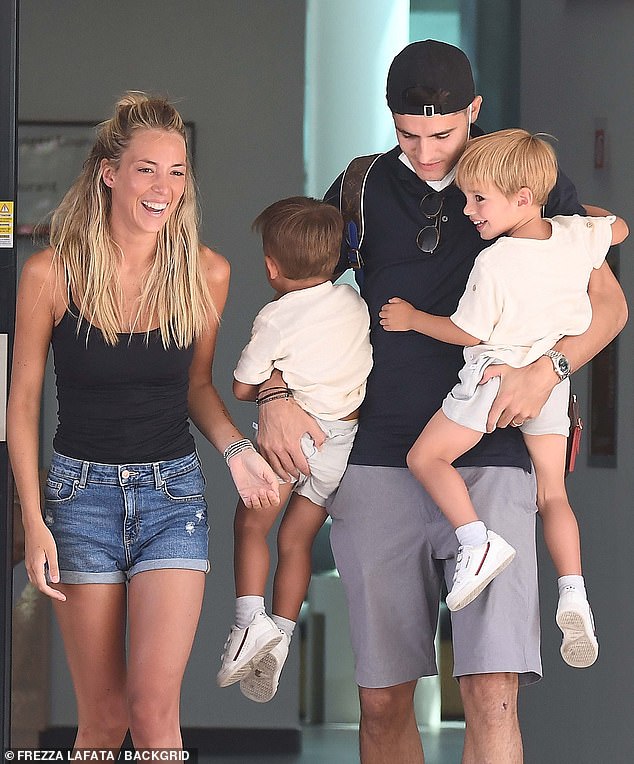 Back together: The Spanish striker appeared emotional while his wife and children brandished huge smiles upon seeing him 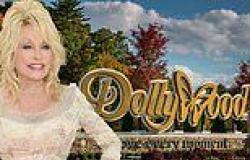