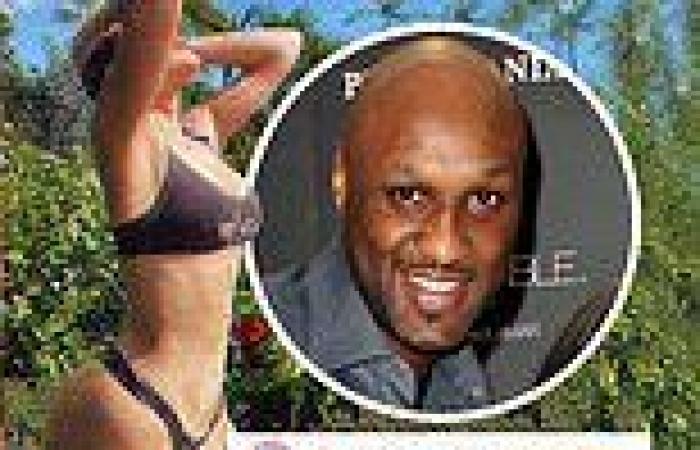 She caught the attention of her most recent ex Tristan Thompson earlier this week.

And Khloé Kardashian appeared to be on a roll after her ex-husband Lamar Odom, 41, shared a flirty comment on her most recent Instagram photo.

'Hottie,' Lamar called his ex-wife, while adding a flurry of fire, heart-eye and lovestruck emojis. 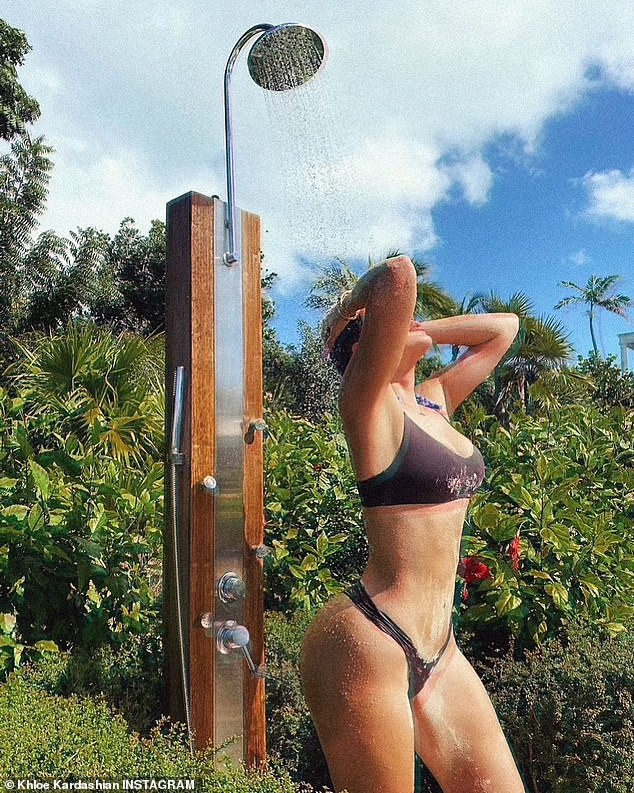 Missing her: Khloé Kardashian, 37, received a thirsty comment from her ex-husband Lamar Odom, 41, on a bikini photo she shared on Friday, just days after her ex Tristan Thompson, 30, also commented on her posts.

Not holding back: 'Hottie,' Lamar called his ex-wife, while adding a flurry of fire, heart-eye and lovestruck emojis

The former NBA player appears to have deleted the comment shortly after posting it.

Some of Khloé's fans didn't appreciate Lamar sharing his thoughts on his ex's post, particularly after their dramatic parting.

'ugh, all her ex’s need to leave her alone!' one person reacted to a screenshot on the

'Well 2021 is the year of hitting the recycling bin for men ♻️,' another person wrote.

Others called him out for being too 'thirsty.'

'Lamar sounds like he needs to drink some water. His a** hella thirsty,' one user commented. 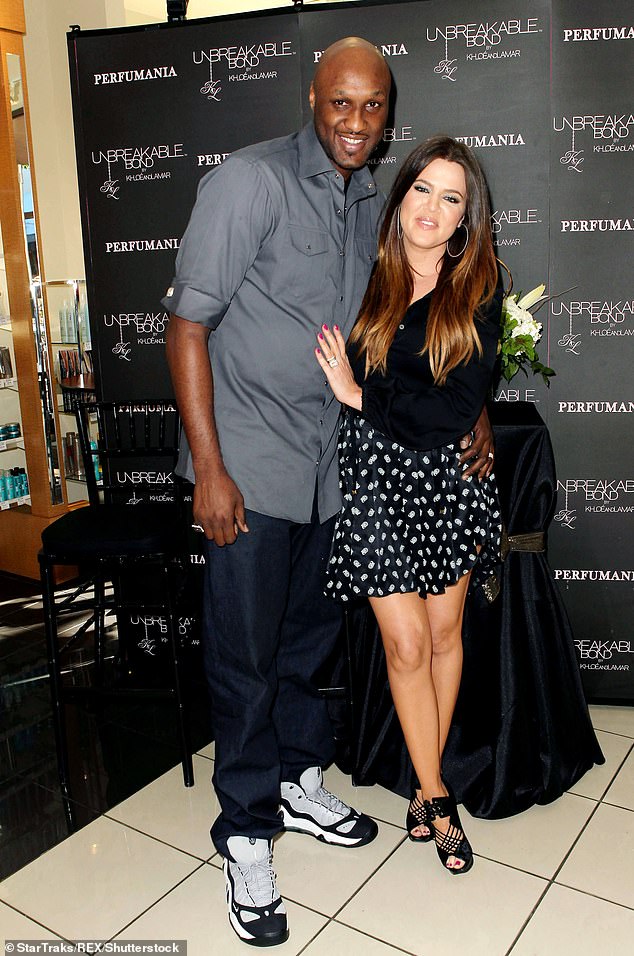 Tumultuous marriage: Khloé and Lamar were married in 2009, a month after they met. She filed for divorce in 2013 but held off temporarily after he suffered heart attacks and strokes from a drug overdose in 2015; seen together in 2012

Khloé and Lamar had a famously fast courtship, with the two tying the knot just one month after they met at a party in 2009.

He joined her family's reality empire with a Keeping Up With The Kardashians spin-off series Khloé And Lamar, which was on the air from 2011 to 2012.

But the grind of a reality show on top of his basketball career with the Los Angeles Lakers — and then the Dallas Mavericks — wore him down, and he told the Los Angeles Times that he had considered opting out of the series, which was canceled after two seasons.

Khloé filed for divorce in 2013, but despite both parties signing the papers, their case dragged on into 2015 without being finalized by a judge.

Amid career upheaval, Lamar drifted further into drug and alcohol abuse, culminating in an October 2015 episode in which he was found unconscious in a Nevada brothel following heavy cocaine use.

While hospitalized, he suffered multiple heart attacks and several strokes, along with kidney failure, after which Khloé put her divorce on hold so that she could make medical decisions for him while he was incapacitated.

Miraculously, Lamar recovered, and Khloé got her divorce by the end of 2016. 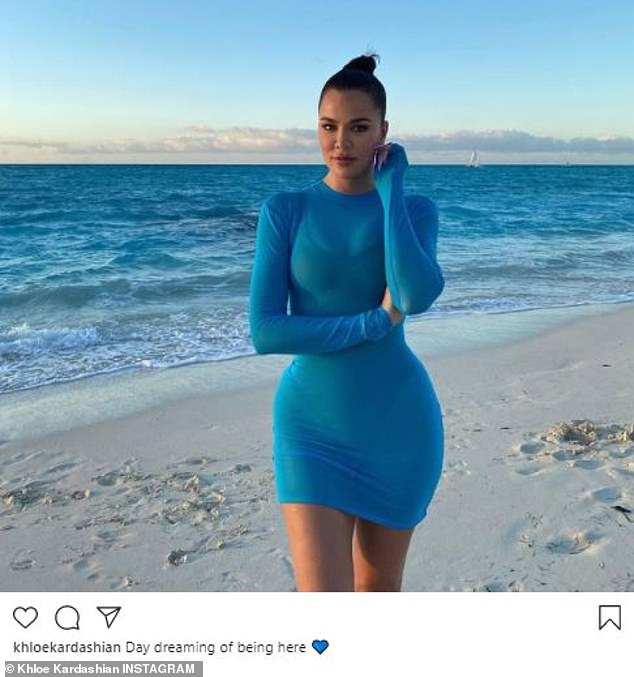 Blue mood: Her scintillating display was posted two days after she caught her ex Tristan's eye with a lovely photo taken a white sand beach

He tried: The Boston Celtics player posted a few heart-eye emojis on her beach scene, only for fans to come to Khloe's defense after the couple split last month

Two days earlier, another of Khloé's NBA star exes took an interest in her posting.

Khloé shared a photo of her 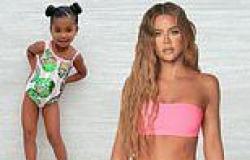 Khloe Kardashian debates adding a new pet to the family after moving into new ... 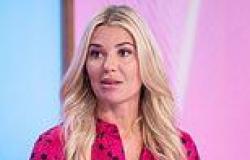 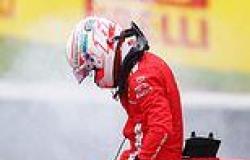