Jason Sudeikis keeps his kids close as he throws out a ceremonial first pitch ... 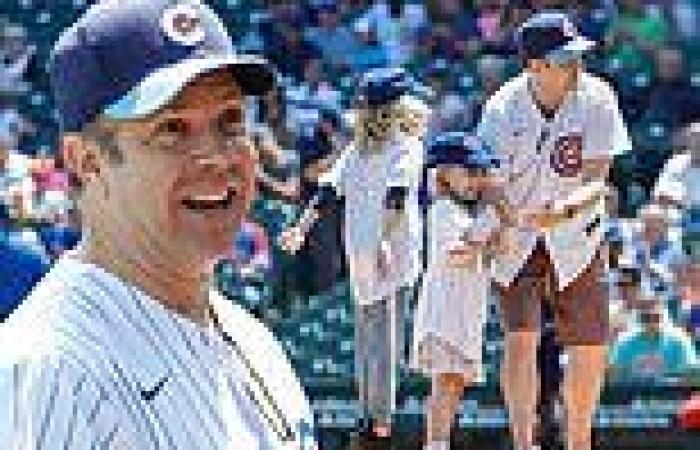 Jason Sudeikis appeared to be ever the happy dad as he kept his son, Otis, and daughter, Daisy, close to him as he threw out a ceremonial first pitch before a baseball game in Chicago on Friday night.

The 45-year-old actor appeared to be having the time of his life as he made a throw to a waiting catcher while his kids and the rest of the fans in attendance at Soldier's Field cheered him on.

The actor shares his children, aged seven and four, respectively, with his former partner, Olivia Wilde, from whom he separated in the early days of last year. 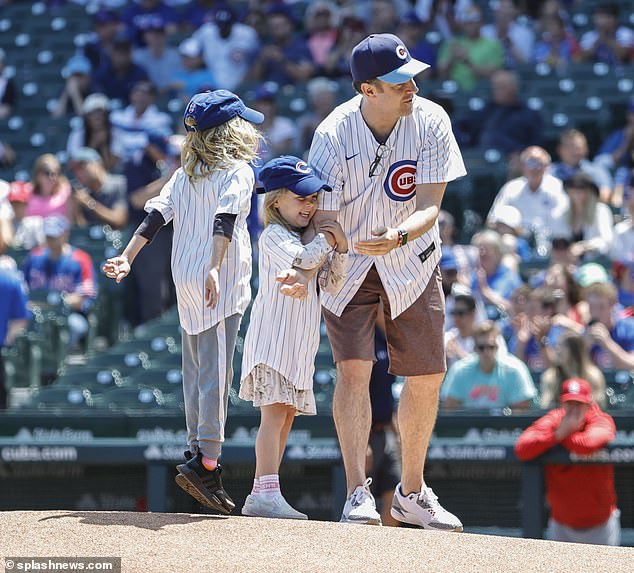 Pre-game event: Jason Sudeikis appeared to be ever the doting dad as he kept his son Otis and daughter Daisy close to him as he threw out a ceremonial first pitch at a Chicago Cubs game on Friday

Sudeikis and his kids were dressed for the occasion, as they all wore baseball jerseys and caps bearing the logos of Chicago's hometown team, the Cubs.

The Ted Lasso star also kept it casual underneath his sportswear, as he donned a pair of brown shorts and white sneakers prior to arriving at the event.

Otis and Daisy appeared to be having a good time watching their father toss out the first pitch, as they were both seen flashing wide smiles as they spent time on the pitcher's mound.

The performer is still dealing with the process of separation from his children's mother, which began in the early months of 2020. 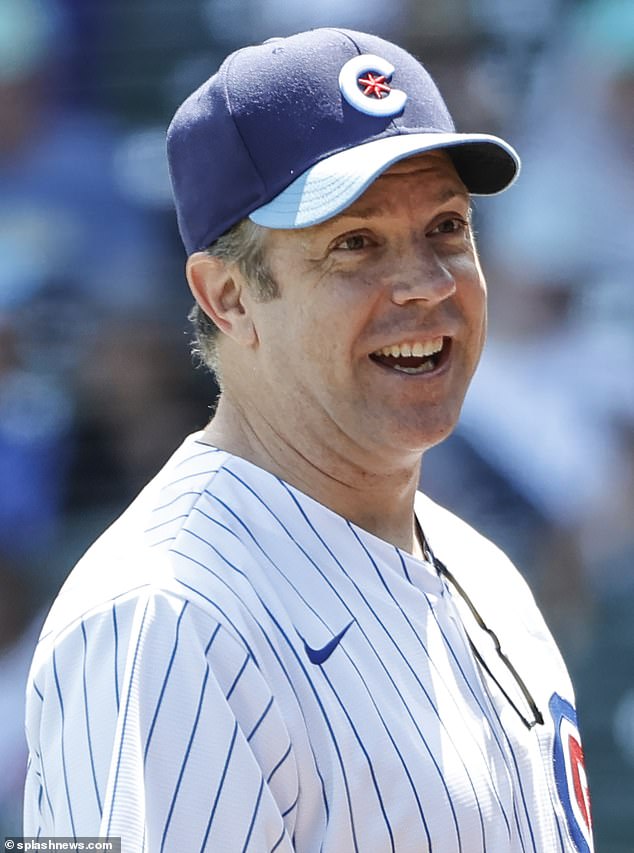 Dressed for the occasion: The Ted Lasso star and his kids all sported Cubs jerseys and baseball caps during the appearance 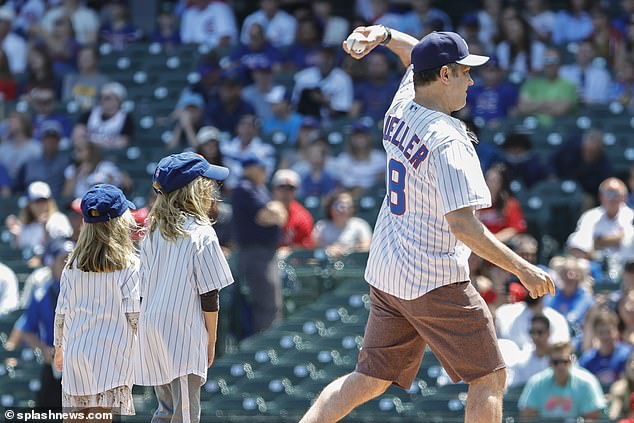 Family matters: The performer shares his children with his ex-fiancee, Olivia Wilde, from whom he separated last year

The two tied the knot in 2004 after having dated for several years and went on to dissolve their union in 2010.

The Horrible Bosses star and Wilde first began a year after he finalized his divorce, and the pair announced their engagement in February of 2013.

The House actress was also previously married to filmmaker Tao Ruspoli, although they went their separate ways before she became involved with Sudeikis. 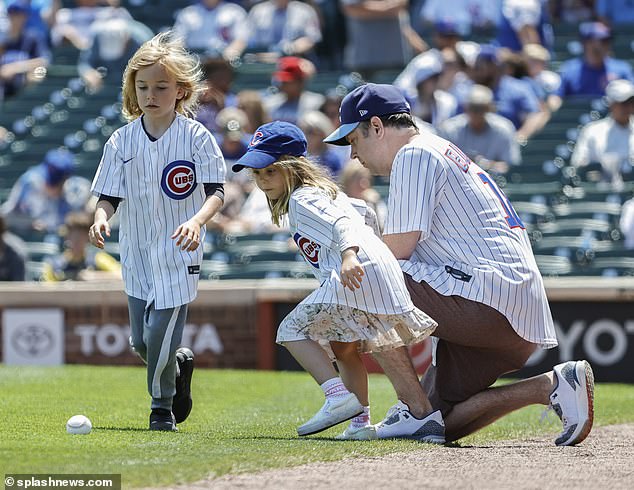 Former partner: Before he became involved with the mother of his children, Sudeikis was married to screenwriter Kay Cannon for six years 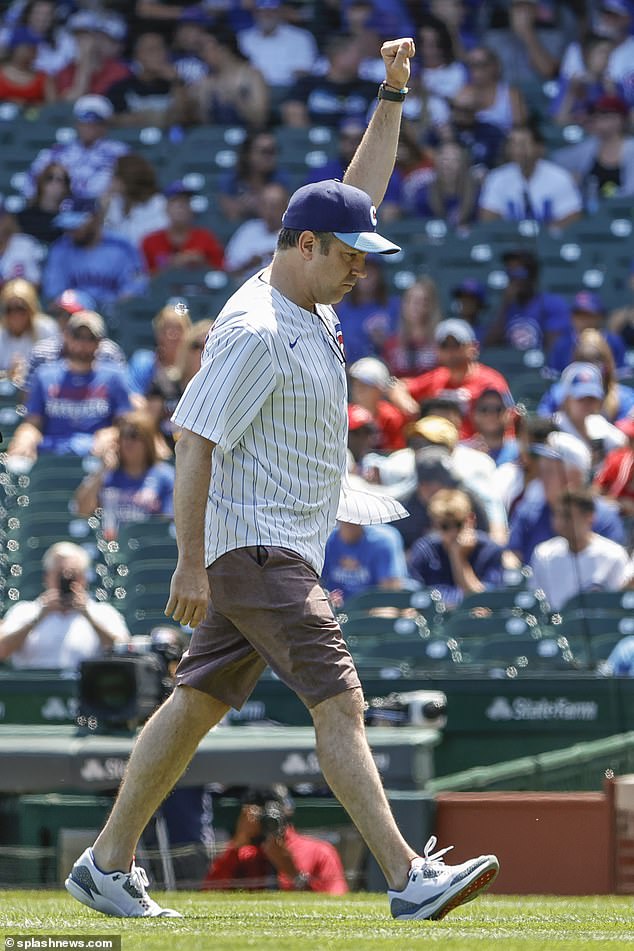 Moving quickly: The performer began a relationship with Wilde just a year after he finalized his divorce from his first wife 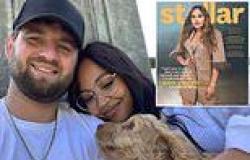 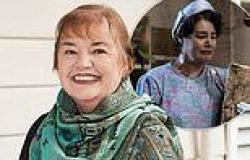 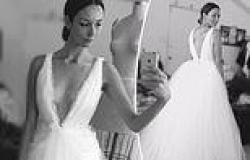 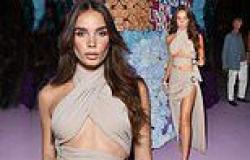 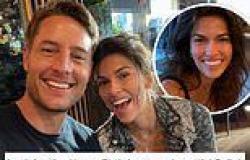