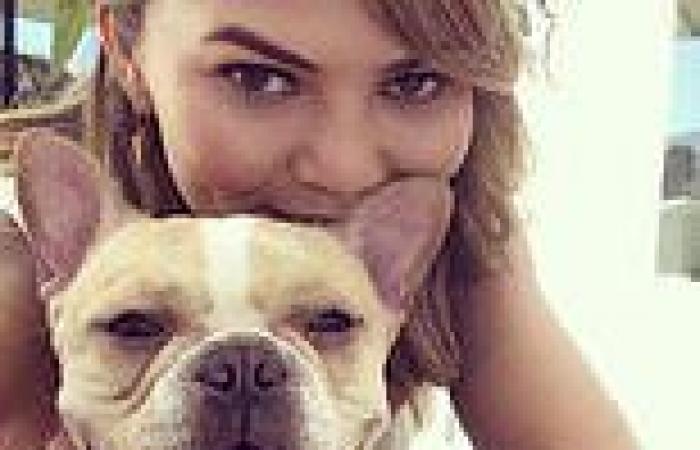 She described herself as 'depressed' and 'lost' in an

And on Thursday, Chrissy Teigen once again took to social media, this time to share the news that her French Bulldog Pippa had died.

The model and cookbook author, 35, shared a photo of herself with her beloved pet and wrote: 'our beautiful little pippa just died in my arms, not long ago.' 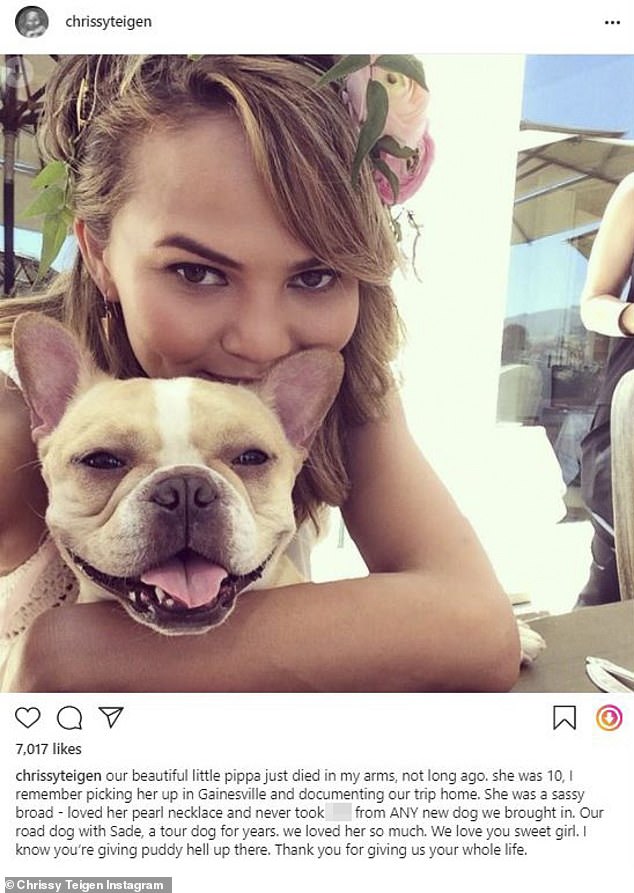 Bereaved: Chrissy Teigen took to Instagram on Thursday evening to share the news that her beloved French Bulldog Pippa had died at the age of 10

Teigen continued: 'she was 10, I remember picking her up in Gainesville and documenting our trip home.

'She was a sassy broad - loved her pearl necklace and never took s*** from ANY new dog we brought in.

'Our road dog with Sade, a tour dog for years. we loved her so much. We love you sweet girl. I know you’re giving puddy hell up there. Thank you for giving us your whole life.'

Puddy is the name of the first dog that she and husband John Legend got together; he died in March 2018. 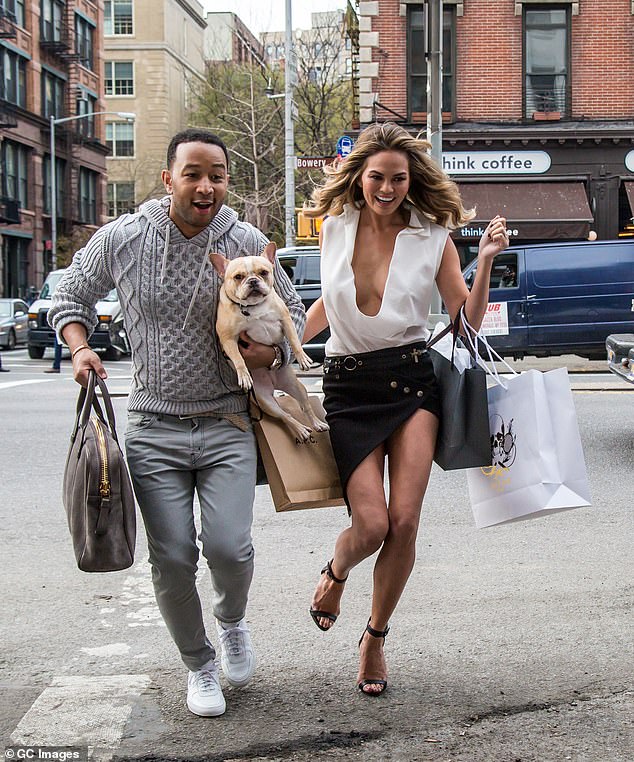 'We loved her so much': Teigen shared the pup with her husband John Legend (pictured in 2014 in NYC) and paid tribute to the dog whom she described as 'a sassy broad' 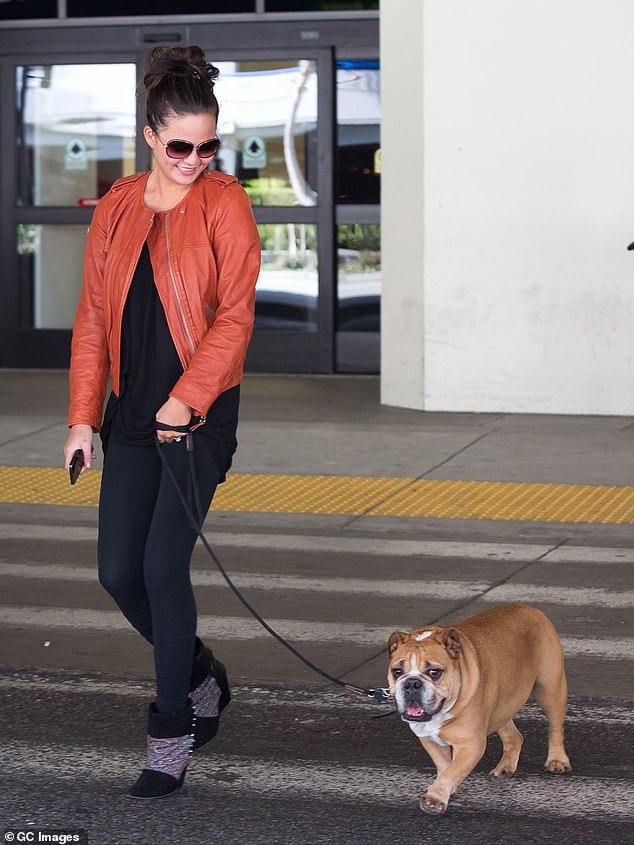 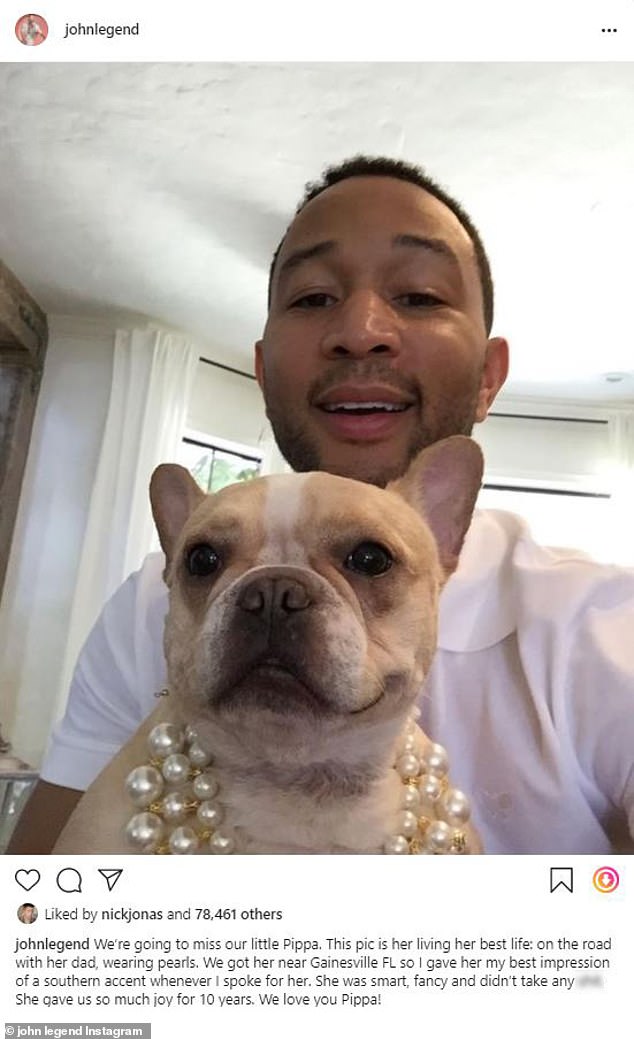 Legend, 42, also pair tribute to Pippa, sharing a photo showing the dog wearing her pearls and sitting in his lap.

'This pic is her living her best life on the road with her dad, wearing pearls,' the Grammy-winning recording artist posted on his

The celebrity couple are still doggie parents to Penny, a three-legged French Bulldog they adopted in June 2014, and an English Bulldog named Paul/Pablo who joined the family in October 2017.

On Wednesday, Teigen admitted she is struggling to cope after taking a step back from public life after she was called out for 'cyberbullying' people in years past.

Just back from a vacation in Italy with Legend and their children Luna, five, and Miles, three, she said on Instagram that she felt like she was living in 'cancel club'.

She said it 'feels so weird to pretend like nothing happened' while she feels like 'utter s**t in real life' and misses connecting with her fans. 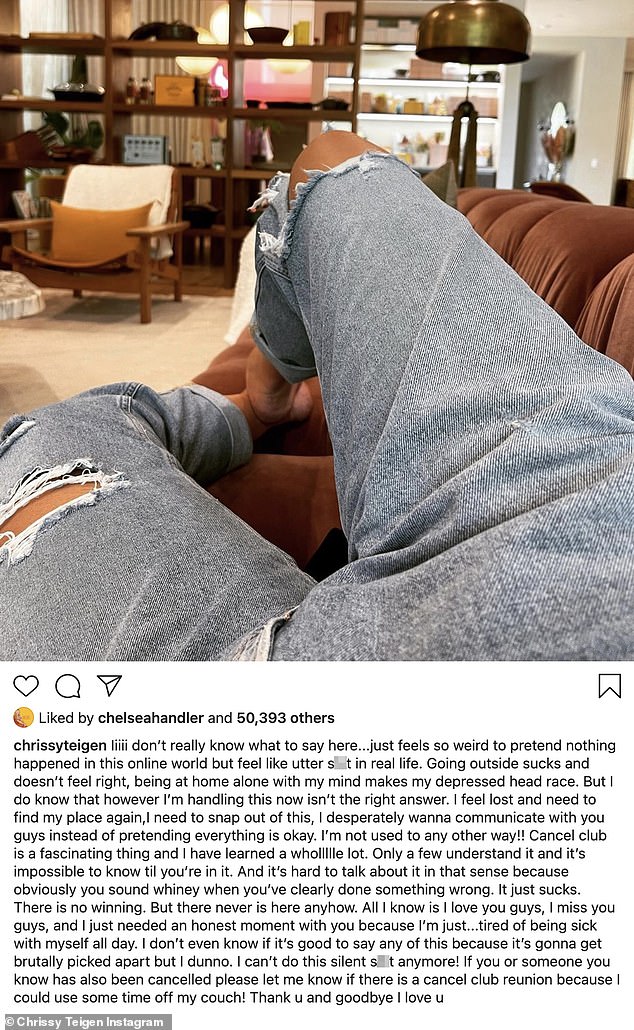 Her view: On Wednesday, Teigen had shared on Instagram that she feels 'depressed' and 'lost' after taking a step back from public life after she was called out for 'cyberbullying' people

'Iiiii don't really know what to say here...just feels so weird to pretend nothing happened in this online world but feel like utter s**t in real life,' the statement, which was under a first-person perspective snap taken from Teigen's living room.

PREV More injury trouble for Carlton in AFL
NEXT Vanessa Hudgens and Kimiko Glenn will lead the voice cast of My Little Pony: A ... 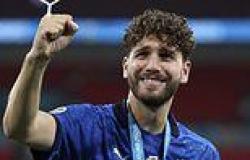 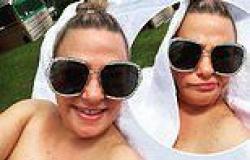