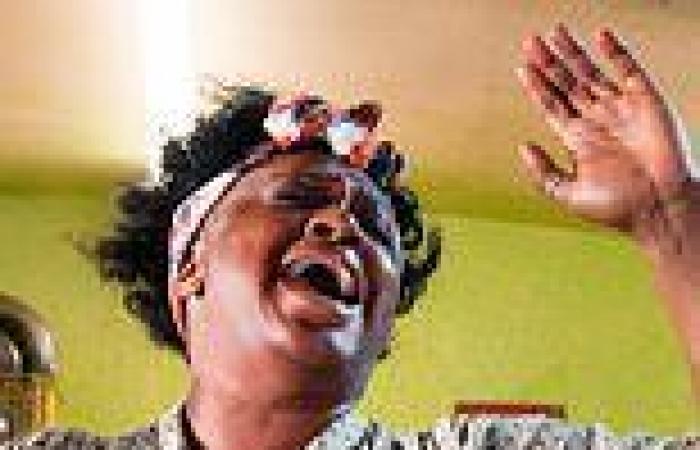 Messianic theatre director Emma Rice is offering to heal the loneliness of lockdown with a bit of alternative therapy at the Old Vic: her own adaptation of the 1987 art house movie Bagdad Cafe — best known for Bob Telson’s haunting theme tune, Calling You.

It’s the story of a Bavarian woman, Jasmin, abandoned by her husband beside a freeway through the Mojave desert in the western U.S., who takes refuge in a roadside cafe.

The diner-cum-gas-station is run by Brenda, a brassy Caribbean woman who has kicked her husband out for failing to buy a new coffee machine.

Jasmin brings a suitcase full of lederhosen — and a special kind of remedial magic — to this woebegone spot. It’s an oasis for oddballs who, with the exception of Brenda, quickly take to Jasmin — and Brenda finally comes round, too, as the cafe turns into a sort of petting zoo for waifs and strays. 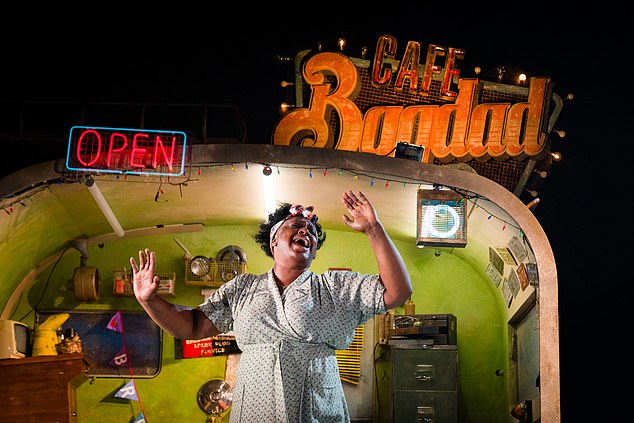 It’s the story of a Bavarian woman, Jasmin, abandoned by her husband beside a freeway through the Mojave desert in the western U.S., who takes refuge in a roadside cafe

These include an ageing hippy who paints portraits (eventually nudes) of Jasmin; and an Australian yogi with short shorts and a boomerang. It is certainly a lovely, cuddly vision of humanity, set to Bach piano music played by Brenda’s daughter and a beguiling rendition of Telson’s hit tune.

But it’s a slow burn. The caravan gets tidied, Brenda’s daughter has a Bavarian dance lesson. I checked my watch. The minute hand appeared to be stuck.

About halfway through, though, I did start to feel the magic. Gareth Snook’s painter, Rudi, is a charmer. And Brenda’s feckless husband Sal (an actor known as Le Gateau Chocolat) has an extraordinary bass singing voice.

It’s very much a mood piece, though.

Did it lift me out of my lingering lockdown blues? Not really. But like many alternative therapies, it felt pleasantly indulgent.

The Two Character Play, by Tennessee Williams, is much darker medicine. It premiered at the Hampstead Theatre in 1967 and has been revived for their 60th anniversary celebrations. It’s a specialist ‘late Williams’ 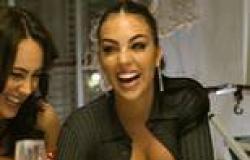 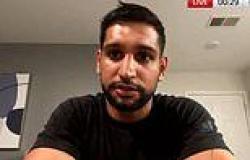 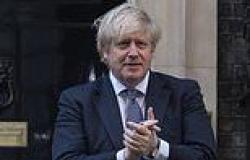 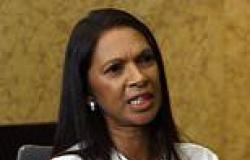