Jennifer Lopez says she is a 'scarce asset' Ben Affleck adds 'I am in awe of ... 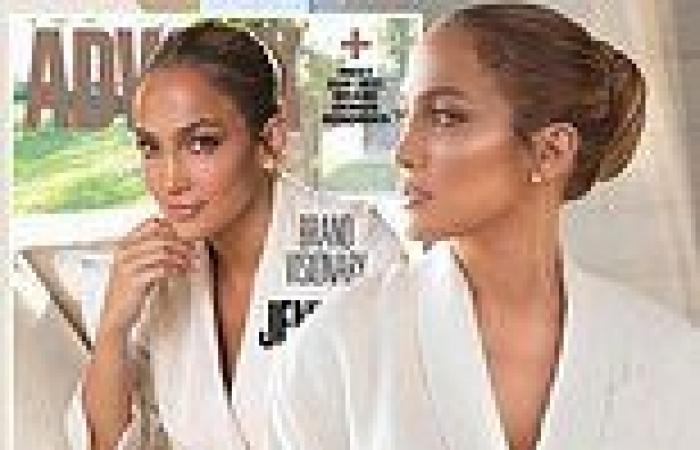 Jennifer Lopez has cast her tentacles far and wide, not just into music and movies but also fashion, perfume and skincare.

And in the new issue of Ad Week - which has named the Bronx native Adweek's 2021 Brand Visionary - the 52-year-old explains how she does it all as her boyfriend Ben Affleck also weighs in on her success.

'I don't think you start thinking about a personal brand. You become it because of what you create, what you do, how you live and who you are,' said the Hustlers star. 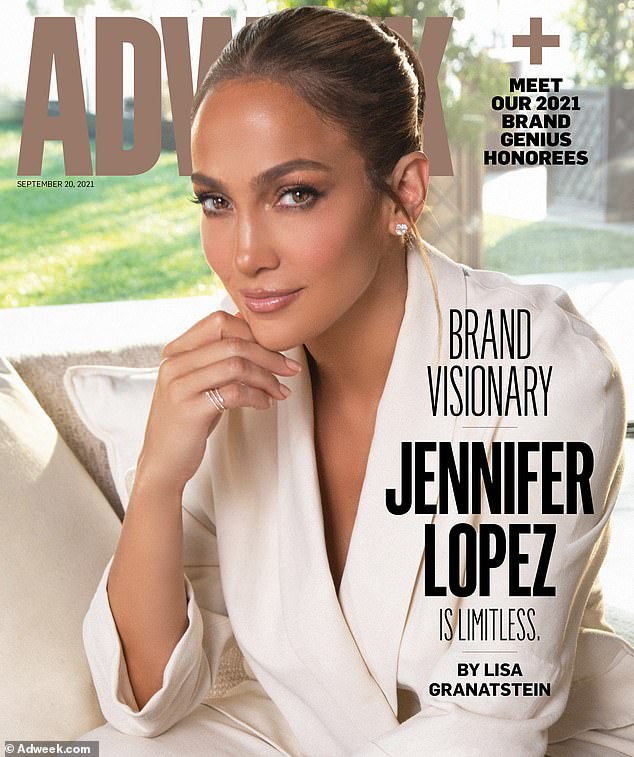 Brand savvy: Jennifer Lopez has cast her tentacles far and wide, not just into music and movies but also fashion, perfume and skincare. And in the new issue of Ad Week , the 52-year-old explains how she does it all

She went on to say that she is a rare star.

'I am the scarce asset—somebody who is a proven creator, artist and entrepreneur who has an ability to really connect with people,' said the On The Floor singer.

'That is my blessing, and what I feel is an incredible, incredible gift that I’ve been given from God. And I don’t take it for granted.'

She then noted: 'I cherish it and try to use it in the best way that I always can.'

The Marry Me actress told the site became linked to brands decades ago as she was one of the first stars to model for big companies. 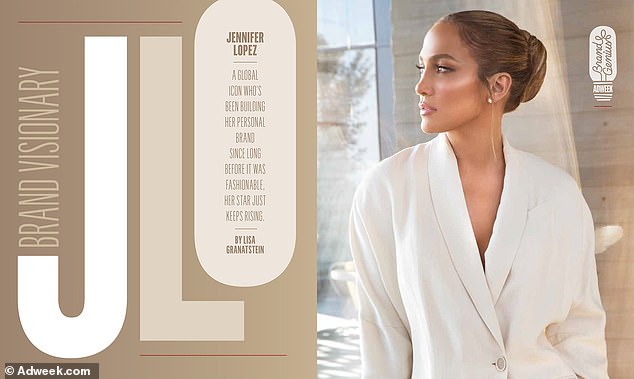 On top of the world: And in the new issue of Ad Week , the 52-year-old explains how she does it all. 'I don't think you start thinking about a personal brand. You become it because of what you create, what you do, how you live and who you are,' said the Hustlers star

'Early in my career, I chose to be a brand ambassador for companies like L’Oréal and Louis Vuitton when others weren’t really doing that,' said the mother of two.

'There was so much kind of taboo for real artists or actresses or recording artists to do those type of things. But I felt that it was important to start seeing somebody who looked like me in those ads, because it had been the same look for so long.

'And to see a Latina there, a young Latin girl, at the time for me was very, very important.

'I took that chance and knew that it would be something that could make a difference.' 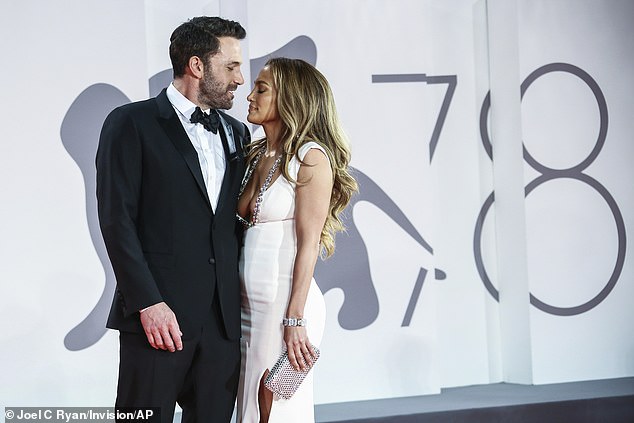 Her man spoke up: Boyfriend Ben Affleck said, 'All I can tell you is that I have seen firsthand the difference representation makes because I have seen, over and over and over and over, women of color approach Jennifer and tell her what her example as a strong woman and a woman succeeding and demanding her fair share in the business world means to them,' Affleck shared; seen in Venice on September 10

Now, she has transitioned into taking on a much more active role by becoming a founder, an owner and sometimes even an investor in companies that she has a unique and authentic connection with, companies she believes are doing good work or doing something that resonates with her.

'But again, this is as a result of understanding a lot more about the business and the power of the artist and of the creator in bringing innovative, future-focused products and companies to center stage where they can have a greater impact on society.'

JLO also said she wants to provide people with the opportunity to enhance their lives. 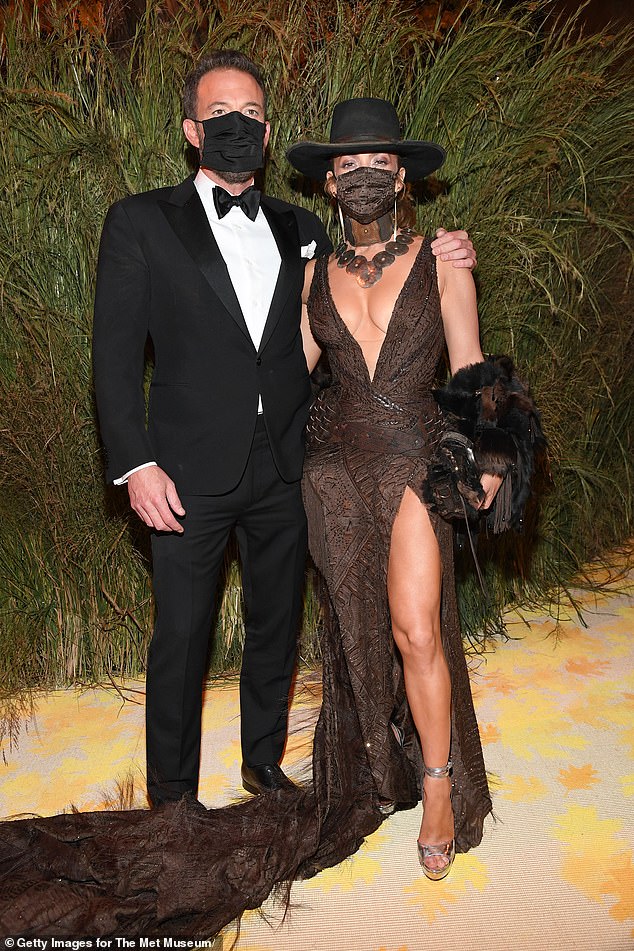 He is a fan: 'I am in awe of what Jennifer’s effect on the world is. At most, as an artist, I can make movies that move people. Jennifer has inspired a massive group of people to feel they have a seat at the table in this country.' At the Met Gala

'This month, I announced a partnership between Limitless Labs and Goldman Sachs to elevate and support Latin entrepreneurs with its 10,000 Small Businesses program, which I’m really excited about.'

She also explained the background of 'limitless.'

'Limitless comes from one of my songs I did for a movie called Second Act,' she said.

'It was very much about when you think that opportunity is not there for you and realizing the only limits you have are in your mind. I’m at a point in my life where it has become incredibly important to me to be vocal about that.

'Obviously, I’ve put that theme into my movies. And I’m

PREV Sam Faiers steps out to celebrate her stylishly-clad sister Billie's clothing ...
NEXT What Is It Like To Be A Nurse In 2021? 2 Women Share Their Stories fashion 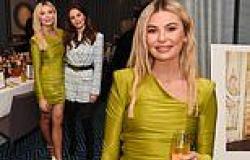 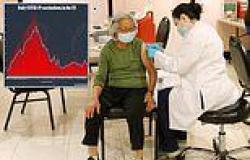 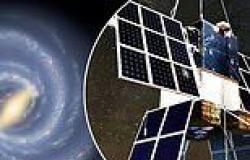