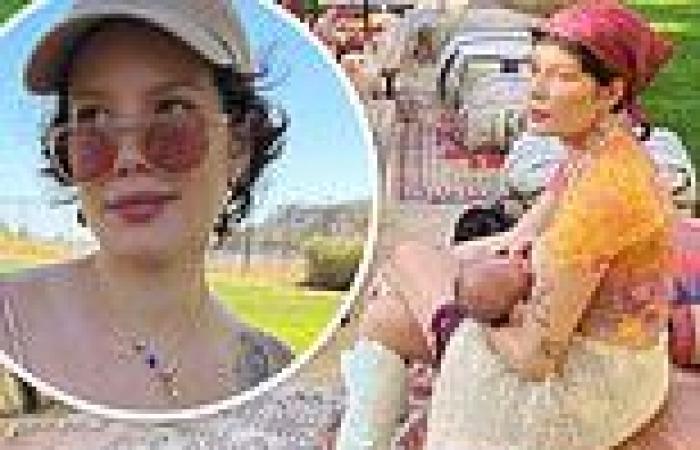 Halsey was attuned to the changing seasons on Wednesday when she joined friends for an autumn-themed get-together to mark the first day of fall.

The 26-year-old singer–songwriter shared photos with her 26.4 million Instagram followers of the outdoor gathering, which was decorated with gourds and other seasonal signifiers.

Halsey, who uses both she/her and they/them pronouns, looked totally at ease in their photo as she sat on a pumpkin-shaped cushion and breastfed her two-month-old son Ender. 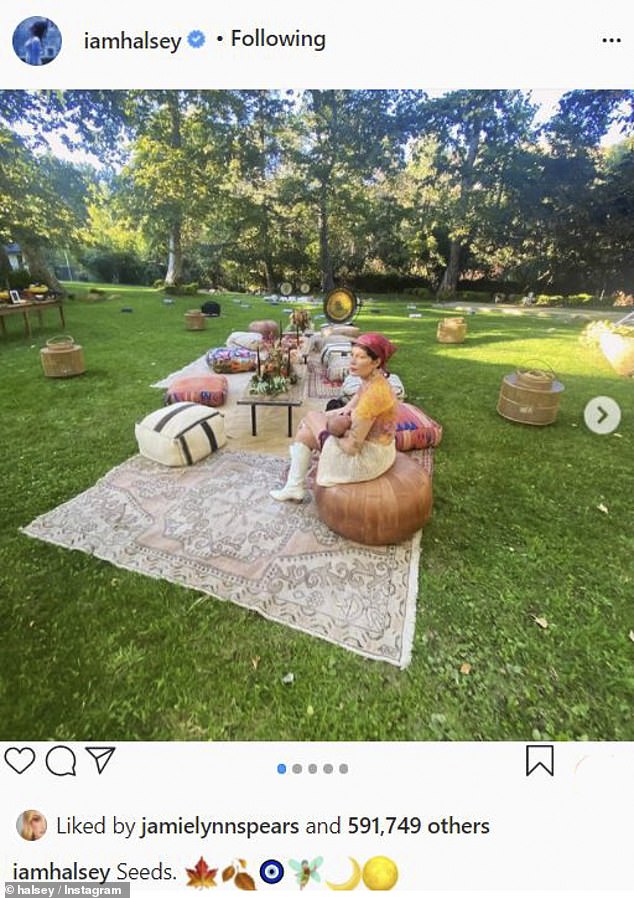 'Tis the season: Halsey, 26, nursed her two-month-old son Ender while joining friends for an autumn-themed festival to mark the start of the season on Wednesday

The pop star looked ready to greet the season with a yellow floral-print crop top and a cream-colored knit skirt.

She also appeared to have on a set of burgundy shorts underneath and rocked playful white cowboy boots.

The tattooed beauty kept her short raven tresses covered up with a red head scarf as she gazed off into the distance.

She appeared to have taken a seat at a short table situated on multiple rugs and surrounded by short stools before everyone else had gathered around. 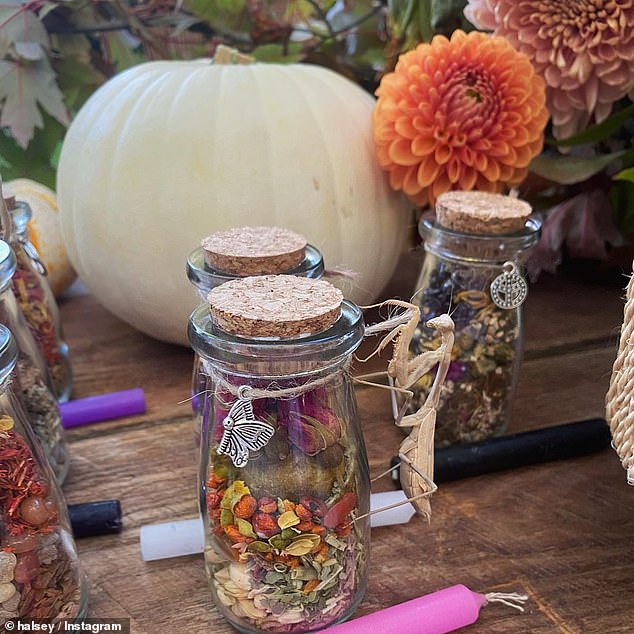 PREV Will Young hits out at Richard Hammond for making 'homophobic jokes' on The ...
NEXT TALK OF THE TOWN: Petra and fiance Sam Palmer sell their Grade II-listed ... 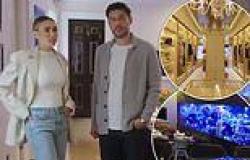 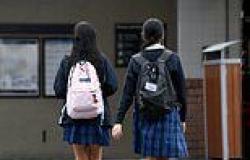 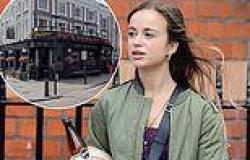 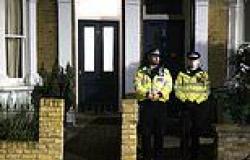