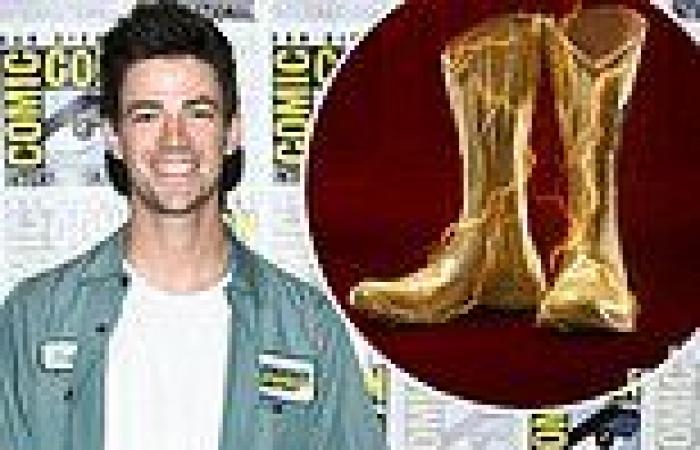 Grant Gustin's The Flash costume is getting a facelift for season eight.

The 31-year-old star of the smash CW series and DC Comics unveiled a look at his new costume at the DC FanDome event on Saturday.

Throughout the series run Barry Allen's Flash suit has included a pair of relatively understated red boots, but in the new season he will wear iconic gold boots. 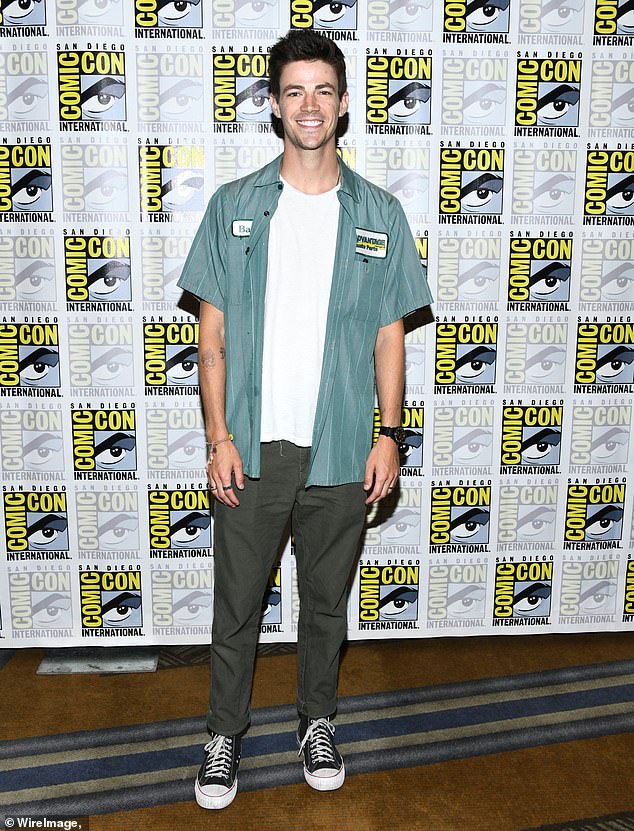 New look: The 31-year-old star of the CW's The Flash revealed at the DC FanDome event that for season eight his character's costume is getting a wardrobe update that includes a pair of striking gold boots; pictured 2019 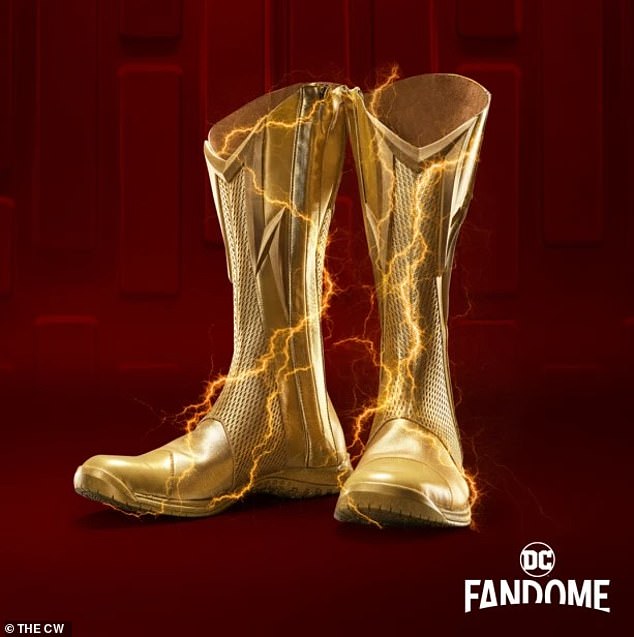 Something's been missing: Gustin called the new boots 'the final element that's been missing' and though the Flash suit has evolved over the seasons this bring a new element of comic realism; new boots pictured above

With the implementation of the new gold footwear, the Flash suit most closely aligns with that of the original comic books.

The CW series had been slow to 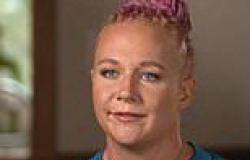 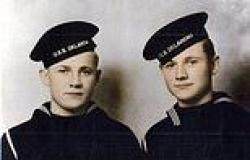 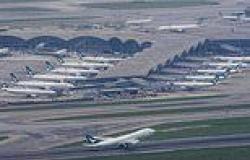 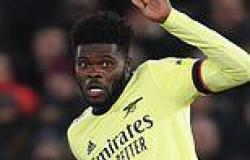