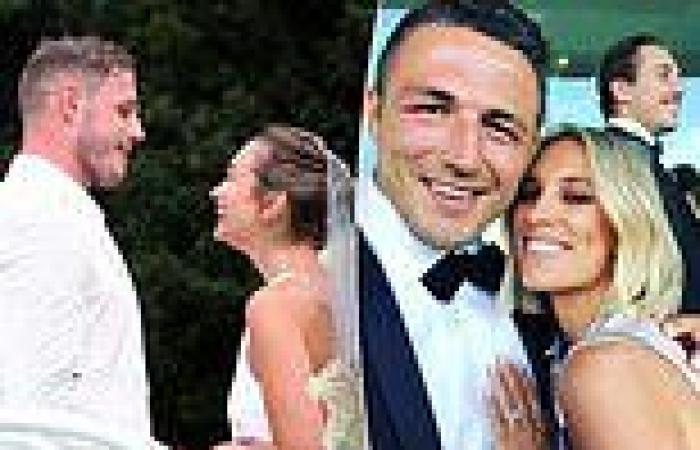 When Tahlia Giumelli walked down the aisle with Tom Burgess on Friday, many were struck by the simplicity of the ceremony, and the relaxed, casually chic bride.

The model, 29, giggled through her vows and opted for a simple slip wedding dress as she and her 29-year-old footballer beau became man and wife at a waterfront park in Sydney's Watsons Bay.

It was a far cry from the comparably lavish wedding of another Burgess bride - Phoebe Burgess, 32, who wed Tom's older brother Sam, 33, in December 2015. 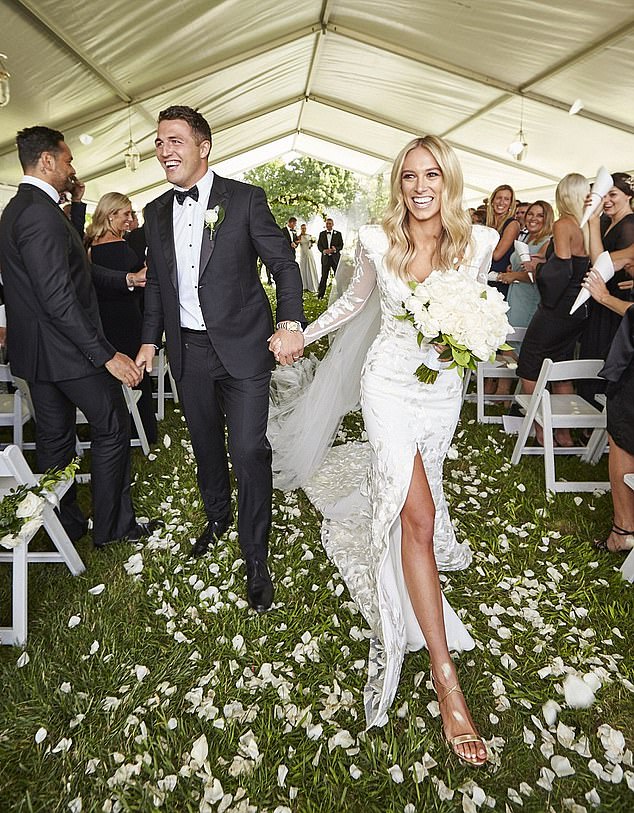 Two brides: Tahlia Giumelli walked down the aisle with Tom Burgess on Friday, in a far cry from the comparably lavish wedding of another Burgess bride - Phoebe Burgess, 32, who wed Tom's older brother Sam, 33, in December 2015 (Sam and Phoebe pictured)

Rugby league superstar Sam and his then bride tied the knot in an upscale ceremony at her parents' sprawling home in Bowral, in the New South Wales Southern Highlands.

Up to 200 guests attended the wedding - including actor Russell Crowe, rugby league stars including Greg Inglis and his wife Sally, Lote Tuqiri, Steve Menzies and Dylan Walker, and Michael Maguire, the coach of the South Sydney Rabbitohs.

As well as current and former league stars Mark Carroll, John Sutton and Isaac Luke - the former team-mate flew in from New Zealand for the occasion. 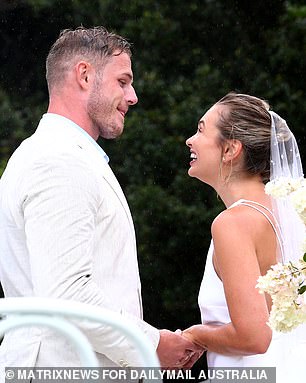 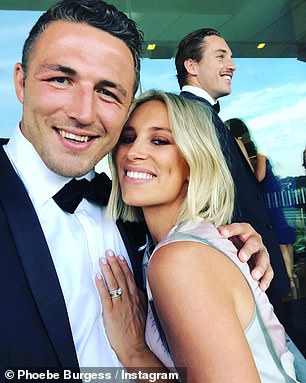 Tom and Sam: Pictured left are Tom and Tahlia on Friday, while Sam and Phoebe are seen right prior to their divorce

Also attending the ceremony was South Sydney Rabbitohs owner Russell Crowe, his sons Charlie and Tennyson, and his parents Jocelyn and Alex Crowe.

Phoebe stunned in a custom made Alex Perry gown with a thigh-high split that showed off her enviable figure and toned legs.

Sam donned a custom Giorgio Armani suit, as did his groomsmen - his brothers Luke, Thomas and George Burgess, and best friend Chris Feather.

After the ceremony the guests moved to Mr and Mrs Hooke's homestead where they dined on sandwiches with the crusts cut off and chicken wings. 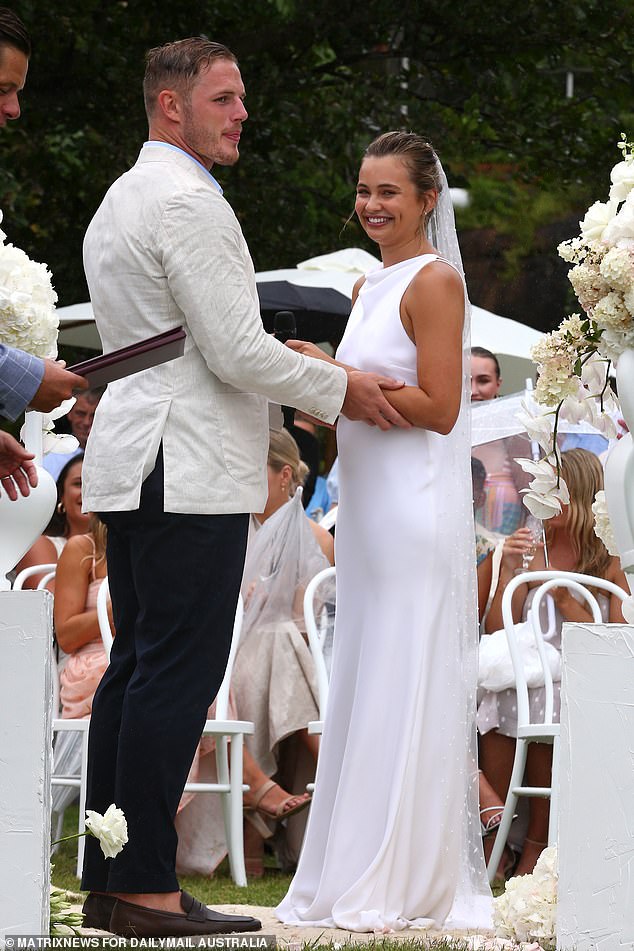 Sweet: Tahlia and Tom, who have been together since late 2016, tied the knot in Sydney's Watsons Bay on Friday, at a small park overlooking the water 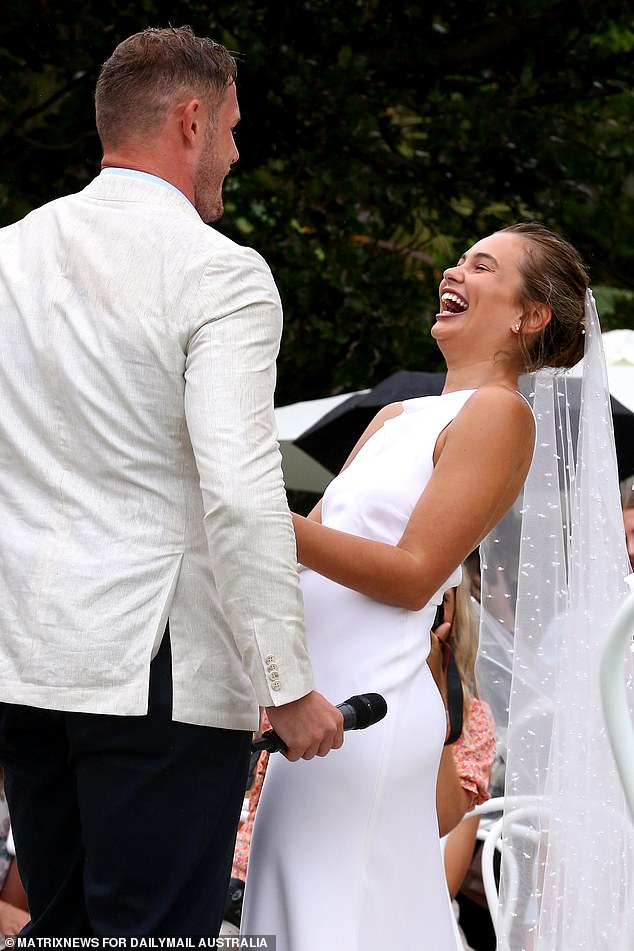 Day for it: The sporadic rain couldn't dampen their spirits, with the blushing bride and her smitten groom absolutely beaming throughout the ceremony 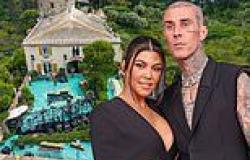 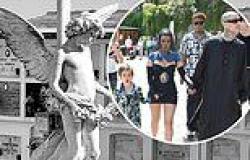 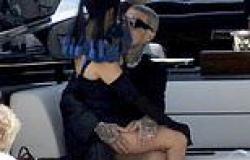 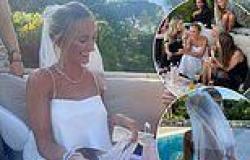 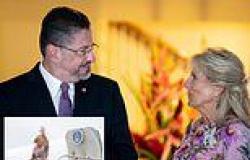 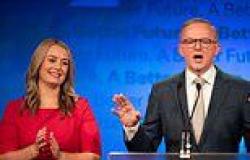