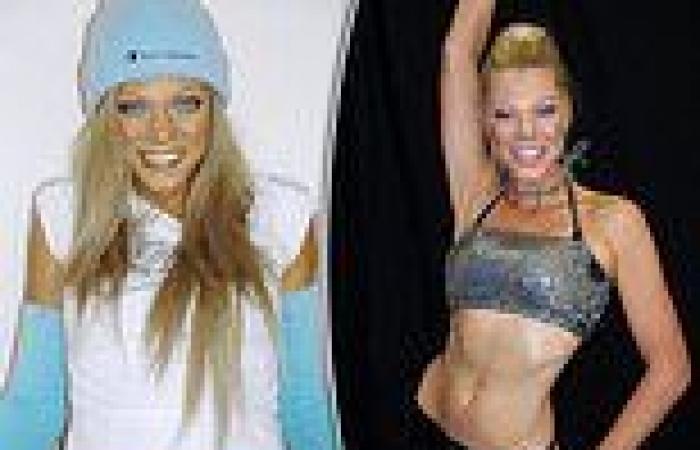 Erin Jayne Plummer's friends have confirmed the TV presenter and infomercial host tragically died by suicide - and say they wish they could have done more to 'help carry the weight of her pain'.

But devastated friends have since confirmed she took her own life following a long and drawn out mental health battle - leaving a heartbroken husband and three children behind.

'I want to share her pain,' close friend Tori Haschka said. 'She hated nothing more than being a burden. I wish she knew it was a weight we were happy to help carry.'

Erin was a doting mother and 'loved her girls boundlessly', but struggled during the Covid pandemic and had not been her 'bouncy, energetic self' in recent weeks.

'I wish we had found her a way through,' Tori said. 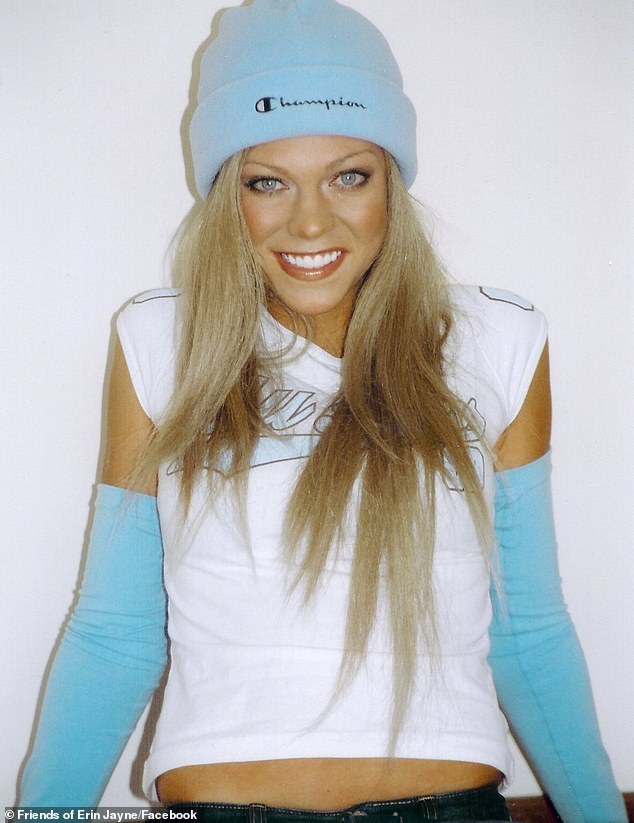 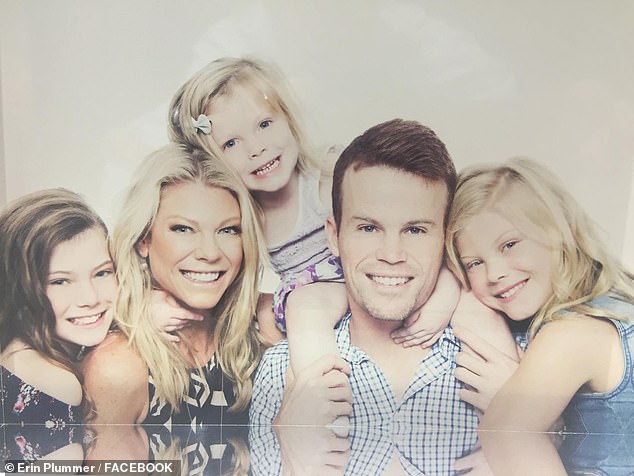 Erin is survived by her husband and three daughters, who her father says are her mini-me's

Directly speaking to her late friend, she said: 'I wish you had more peace while you were here with us.'

Others said they feel a sense of guilt at assuming she would 'bounce back' as she had countless times before.

Erin's father Peter Gard said the star's daughters are 'little mini versions of her' - as they now have to face growing up without their mum.

'Newer versions of Erin in the blocks. Jazzy's a rocket... just as tall as me and size 12 feet... or flippers,' he said.

One of her daughters, Jazzy, has since followed in her footsteps and is dominating in her age group at swimming competitions across the state. 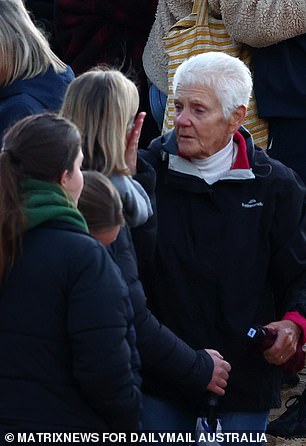 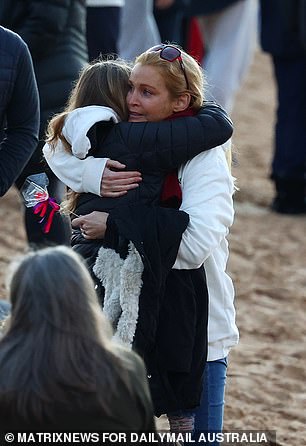 Friends were encouraged to share their fondest memories of Erin, who was known for her bubbly personality and warm presence on camera 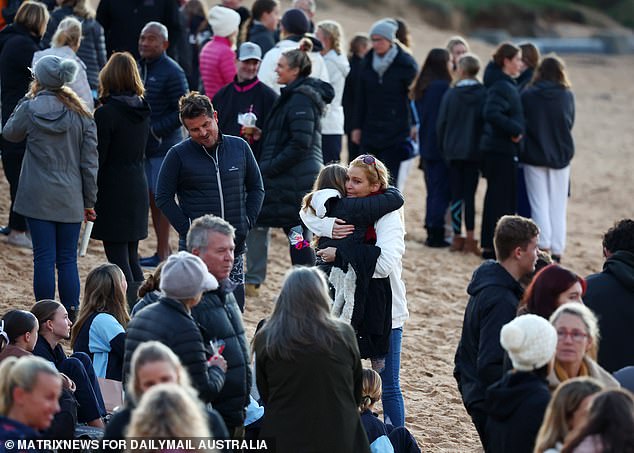 Friends, family and mourners alike gathered at Freshwater beach to watch the sun rise on Wednesday in a makeshift farewell to Erin

Reminiscing on his daughter's vivacious personality, Peter said Erin 'could talk under water with a mouth full of marbles'.

'She was sunshine and happiness.'

Many of her newer friends came to know her through her children's sports and extra curricular activities.

In the wake of the tragedy, Erin's local community have rallied to support her three girls, creating a schedule to bring them dinner every night until the end of July and offering to help out around the house and eventually with school and sport drop-offs.

Erin's house has been inundated with flowers, handwritten notes and bags of red frogs - her favourite lollies - in her honour.

She was thrust into the spotlight at a young age when she was scouted at Sydney's Manly Beach and cast in a tourism campaign that aired on NBC in America. 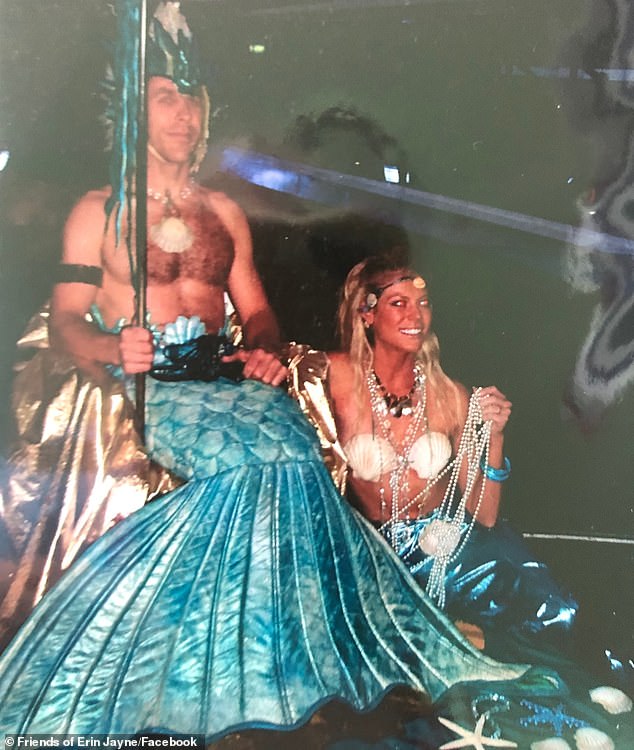 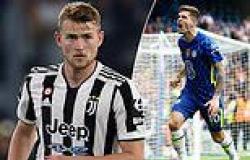 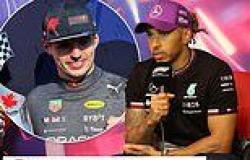 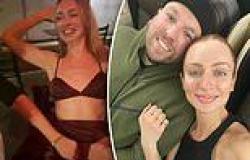 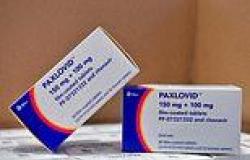 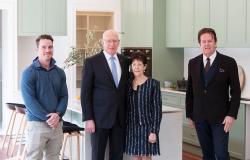