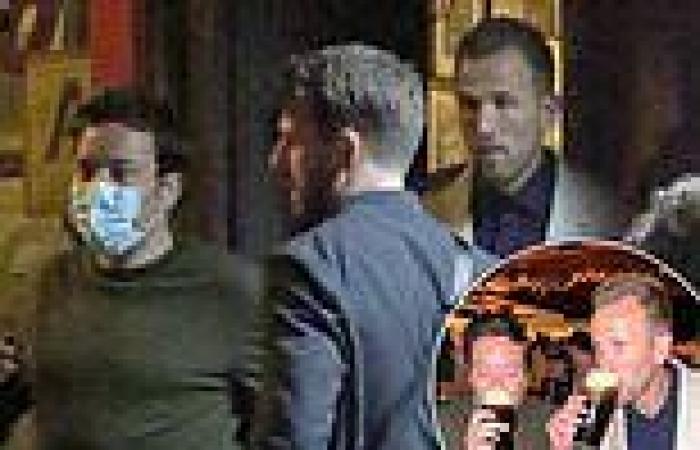 By Kenzi Devine For Mailonline

He appeared on The Tonight Show with Jimmy Fallon on Thursday night.

And following the show, Harry Kane headed out to dinner in New York with the talk show host, as the pair were joined by Harry's wife, Kate, actor Jon Hamm and his girlfriend Anna Osceola.

The Tottenham talisman, 28, enjoyed a pint of lager with Jimmy - as the pair beamed for a snap for Jimmy's Instagram, with the host revealing: 'I bought Harry Kane his first Guinness'. 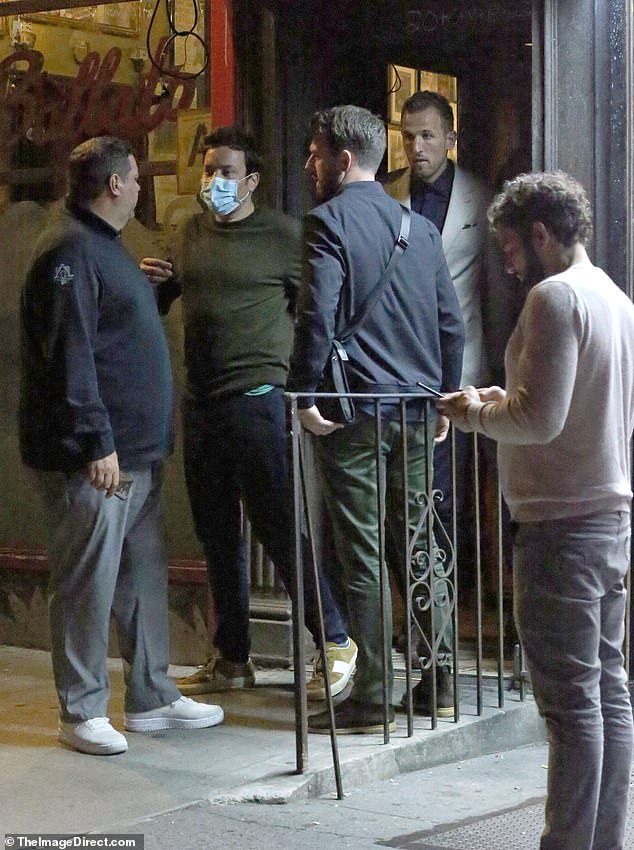 Harry sported a dapper look for the night out, donning a taupe blazer layered over a navy blue shirt.

Meanwhile, Jimmy kept casual as he opted for a khaki jumper, adding a face covering as the pair exited Italian eatery Emilio's Ballato in downtown Manhattan.

Following closely was Mad Men actor Jon, 51, who often joins Jimmy on the show for whacky sketches - as he walked alongside his girlfriend Anna, 31. 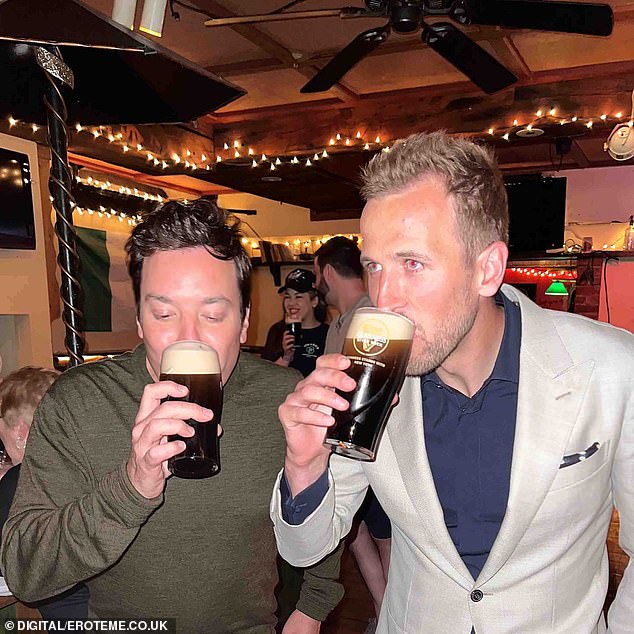 Bottoms up: The Tottenham talisman enjoyed a pint of lager with Jimmy

‘One of the boys’ again, Israel Folau’s exile is over mogaznewsen