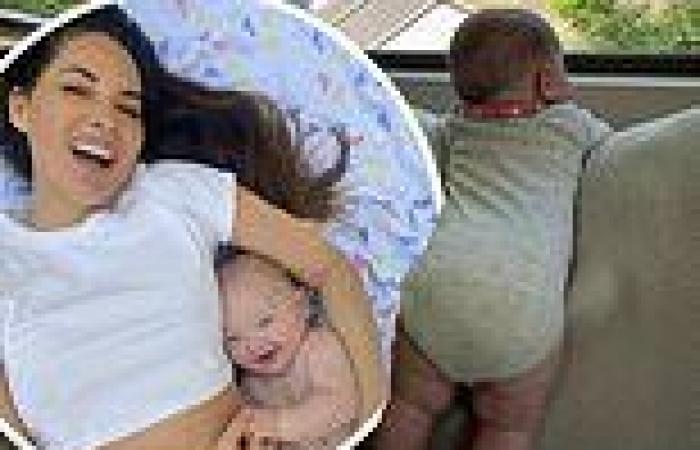 And Olivia Munn and John Mulaney's baby son Malcolm was looking more independent than ever in a cute photo his mother posted to Instagram on Saturday.

The 41-year-old actress caught her little boy as he gazed intently out her window at the surrounding neighborhood. 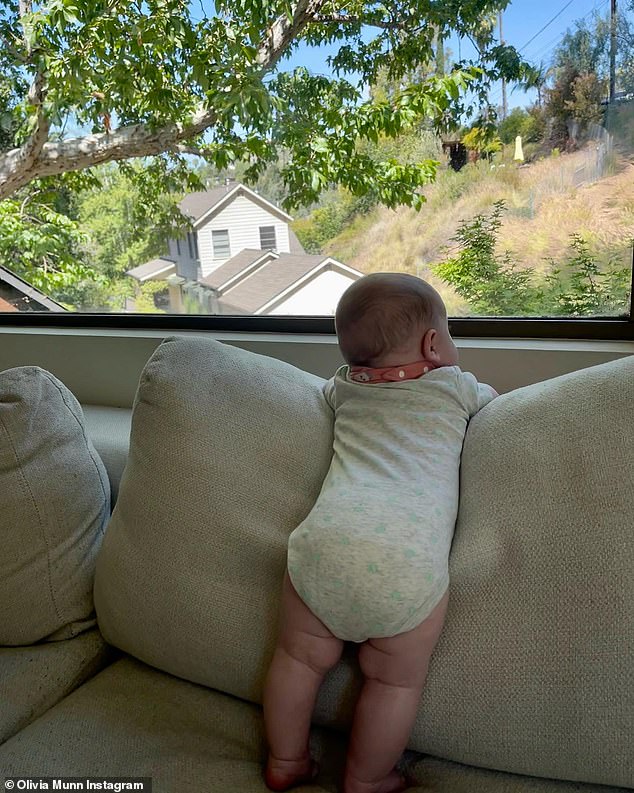 Man of the house: Olivia Munn, 41, shared an adorable photo on Saturday of her six-month-old son Malcolm keeping watch at the window

Malcolm looked adorable in mottled gray–green onesie as he stood up and supported himself on a soft couch cushion.

He appeared to have a coral collar around his neck, possibly from a bib, but Olivia's funny caption implied that it looked like a dog collar.

'New guard on watch. All trespassers WILL BE drooled on,' she joked.

Late last month, Olivia posted a heartwarming snap of herself with her baby boy, announcing to the world he had just turned six months old.

'[Six] months ago today Malcolm made me his mama. It’s so much fun getting to know him,' the proud mother gushed in her caption.

'You lit up our whole world': One day earlier Olivia had posted a heartwarming snap of her with her baby boy, announcing to the world he had just turned six months old

'He loves meeting people, he loves his best friend Penny and thinks she’s hysterical, he’s tried peanut butter (thank you @mmcnearney + @jimmykimmel ), he sleeps through the night 12 hours straight (thank you @mindykaling for sharing your invaluable, trusted and vetted resources), he wakes up from every nap with a huge smile and giggle, he LOVES when we read him books, he lets out a squeal and kicks his legs whenever his daddy comes home, I can’t stress enough how much he loves bathtime and he loves being outside and looking at the trees and the sky.'

Olivia concluded: 'I love you so much Malcolm Hiệp. Happy 6 months being earthside with us. You lit up our whole world.'

John recently faced down a brief controversy when he surprised the audience at his stand-up show by having Dave Chappelle open for him.

Dave, who lives in Ohio, made an unannounced appearance at 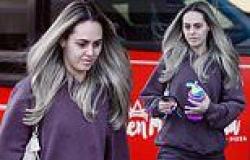 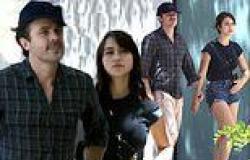 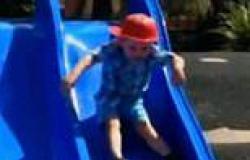 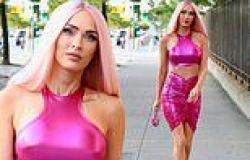 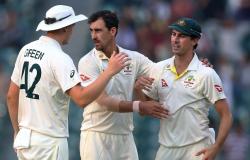