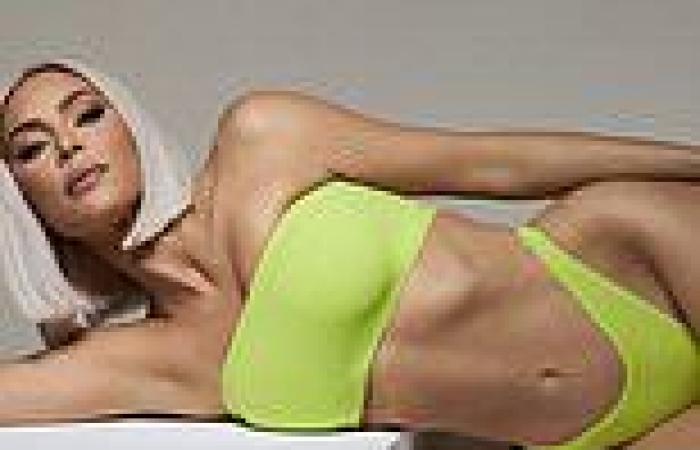 Kim Kardashian does not seem to be crying over her recent split from beau of nine months, Saturday Night Live veteran Pete Davidson.

On Tuesday the 41-year-old reality TV diva looked confident as she modeled a new lime green neon look from her brand SKIMS. The star wore her hair in a blonde bob as she lay on her side while making the most of her tiny waistline and sculpted arms. She was also seen in a blue bodysuit.

Meanwhile, the 28-year-old comedian is reportedly 'bummed' about his split from Kim and he wants to focus 'on the future.' 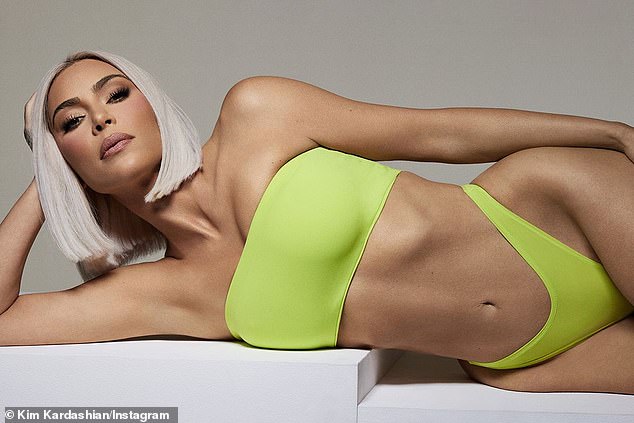 Single... and ready to mingle? Kim Kardashian does not seem to be crying over her recent split from Pete Davidson. On Tuesday the reality TV diva looked confident as she modeled a new lime green neon look from her brand SKIMS

A source told Entertainment Tonight: 'Pete is bummed things didn't work out with Kim, but he is focused on the future in terms of his career and personal life.'

It is said some of his friends 'already want to set him up on dates,' with another insider previously revealing the 'spark' between Pete and Kim had 'faded.'

They said: 'They had tons of chemistry, and still do, but she kind of wants to be single and date.

'Kim still adores Pete and will always be friends with him. She still thinks he's the nicest and sweetest guy in the world and there's no drama or anything weird between them now,' it was also shared. 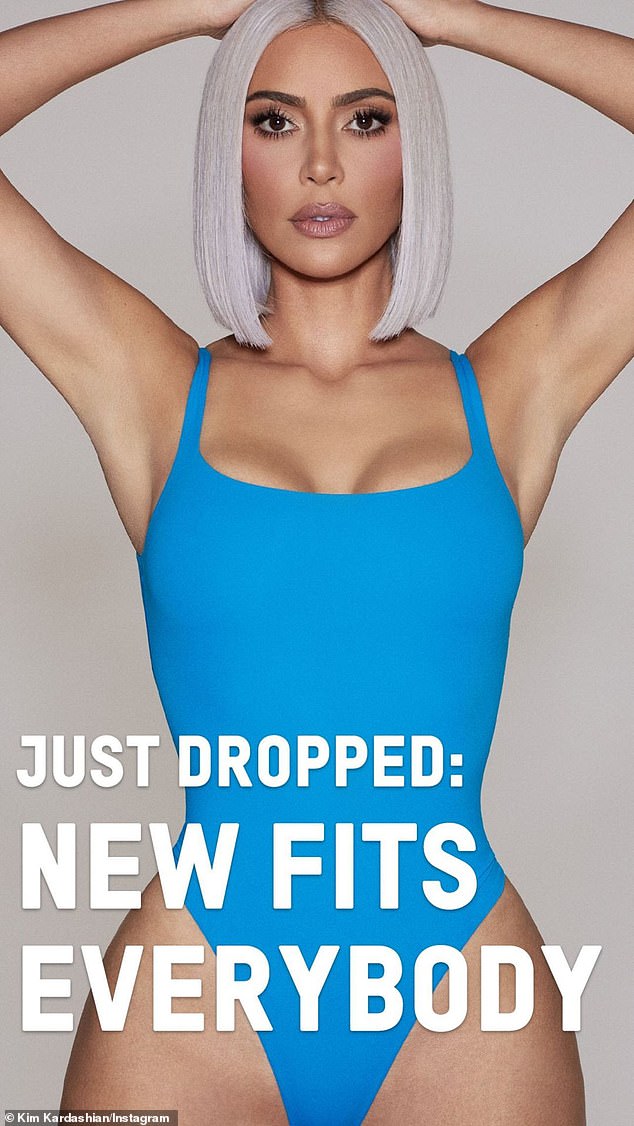 Better than ever: The 41-year-old model and mogul was also seen in this blue suit for the SKIMS limited edition launch 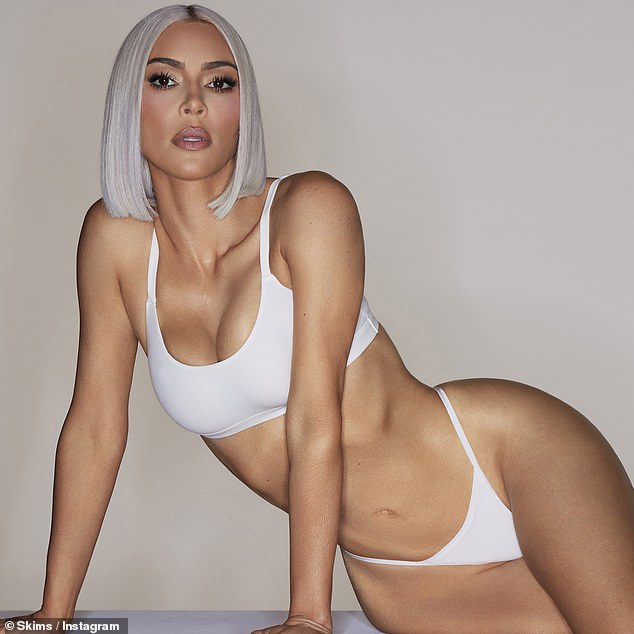 Wowing in white: Kim was later seen in a white thong styled with a matching bra

This comes a day after DailyMail.com revealed the Keeping Up With The Kardashians veteran did not split with the funnyman because he was 'immature.'

DailyMail.com's source also shared: ‘Kim has been very sad about the breakup with Pete – it’s not where she thought it would be and that’s been hard for her.

'The distance and schedules weighed into their decision but they do love and respect each other. She will always care for him and have his back.’

It has not helped that Kim's ex Kanye West has made fun of Pete. 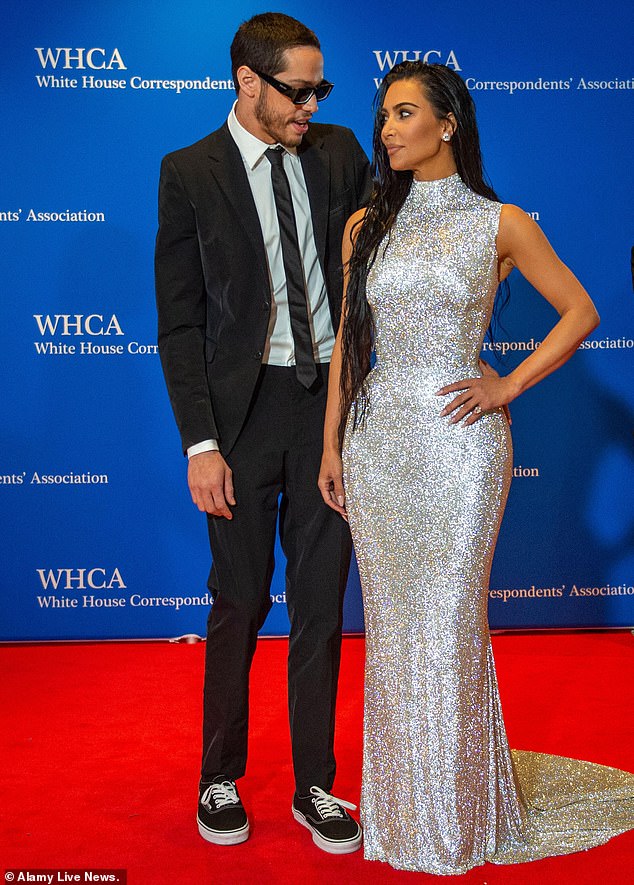 He is reportedly not thrilled: Meanwhile, the 28-year-old comedian is reportedly 'bummed' about his split from Kim and he wants to focus 'on the future.' Seen in April

Davidson has reportedly been in 'trauma therapy' due to online harassment by West.

The former sketch comedy star is said to have decided to 'seek out help' after Kanye made numerous threatening posts about him on social media.

One had a fake The New York Times cover say, 'Skeet Davidson Dead At Age 28.'

A source told People magazine: 'The attention and negativity coming from Kanye and his antics is a trigger for [Pete], and he's had to seek out help.'

The insider added: '[Pete] has no regrets for dating Kim and wants it to be made very clear that she's been nothing but supportive of him throughout their relationship... Moving forward he just wants to focus on his career.'

She works hard for those millions: The siren was seen in a white SKIMS suit, left, and a black slip, right, on her Insta Stories

On Tuesday it was back to business for Kim as she hawked her SKIMS designs.

'JUST DROPPED: NEW FITS EVERYBODY. The mold-to-your-body basics you're obsessed with just 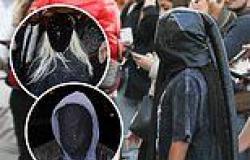 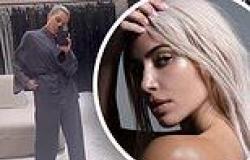 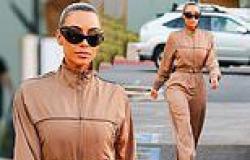 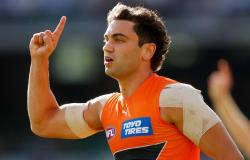 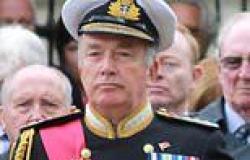