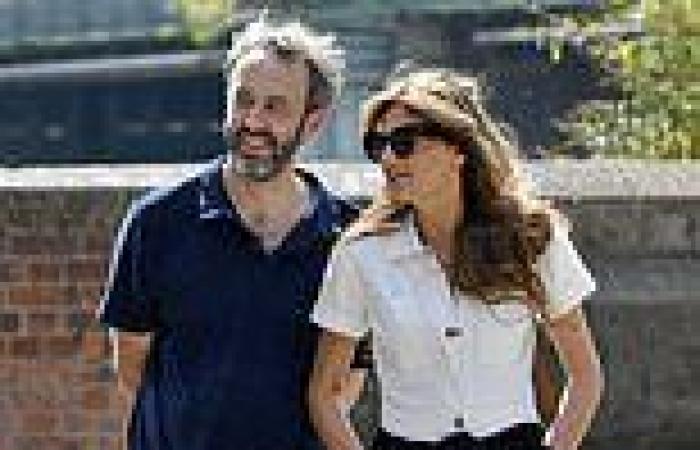 Until barely a year ago, he had the dubious distinction of being the only earl behind bars — thanks to a conviction for a drunken sexual assault on a female guest at Glamis Castle, his family seat and the childhood home of his great-great aunt, the Queen Mother.

The shocking episode resulted in Simon Bowes-Lyon, 19th Earl of Strathmore, being given a ten-month sentence — and being stripped of his role as honorary chieftain of the Strathmore Highland Games, held on the 16,500-acre Glamis estate.

Now I can reveal that the 36-year-old, released from HMP Perth after serving five months, is learning that the path back to social acceptance is as perilous in London as it is in Scotland — as illustrated by an incident at his St James’s club, the Turf.

Two starkly differing versions of the episode have emerged. Both agree that it began with an altercation in the club’s dining room.

‘Words were exchanged with some of those on the table next to his,’ I’m told. ‘They soon had enough of him and went for him — chased him out of the dining room.’

Strathmore, insists this informant, took refuge with the porter at the club’s entrance, only for the porter to advise him, in no uncertain terms, to leave the club.

Subsequently, it is alleged, the club — favoured by sporting gentlemen such as Lord Hesketh — alerted Strathmore that he was no longer welcome. But friends of Strathmore insist that this is grossly wrong.

‘There was, clearly, some kind of disagreement — an exchange of views,’ one of them tells me. ‘But it was over in a few moments.’

There was, adds the friend, no question of Strathmore being told to leave, still less being barred from returning. ‘He’s been back at least twice since then.’

After his conviction last year, Strathmore spoke of his shame. ‘I did not think I was capable of behaving the way I did,’ he said, ‘but have had to face up to it and take responsibility.’

Jemima enjoys a sunny day out with pal Alex 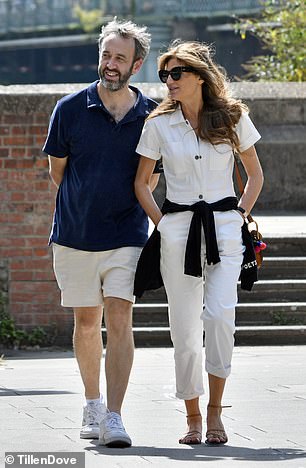 But has she finally found her Mr Right? The 48-year-old film producer, was spotted enjoying the company of a mystery man.

I can reveal him to be Los Angeles-based Alex Chitty — who works as an executive producer for Canadian/American media company Vice.

The pair were spotted going for a stroll after having a lunch together at the trendy River Cafe in Hammersmith, West London.

‘They certainly seemed to be very comfortable,’ my spy tells me. ‘And they weren’t at all bothered at being seen together.’

Jemima was previously married to Pakistan’s former PM Imran Khan, whom she married when he was 42.

She later said: ‘It [marriage] is not a normal decision, aged 21, with all the freedoms and privileges we grew up with, to essentially give those up, to go and live in an extremely black and white culture and adopt a black and white way of life and doctrine, with a man who was twice my age and a born-again Muslim.’

Socialite Noelle Reno brought a touch of U.S. glamour to the ­London party scene on Thursday.

The 38-year-old former reality star has found love again but wouldn’t give too much away when I inquired about the new chap in her life.

‘I’ve a boyfriend, and his name is Simon and I’d consider getting married,’ the Ladies Of London star told me at the launch of podcast series DJ Diaries in Soho.

Socialite Noelle Reno, 38, has found love. The American said she would get married in the UK

‘We would have the wedding here in the UK. We’d get 200 friends together and do some - thing fun.’

She was previously engaged to tycoon Scot Young, who tragically fell to his death, from their fourth-floor flat in Marylebone in 2014 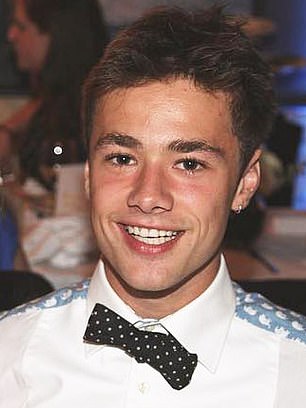 Filmmaker Tom Wheeler, 25, has earned positive reviews for his new 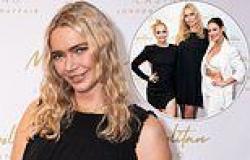 Model Jodie Kidd has still not fixed a date for her wedding more than a year ... trends now 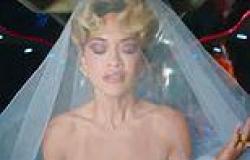 Rita Ora insists the gown she wore for You Only Love Me was NOT her wedding ... trends now 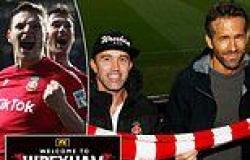