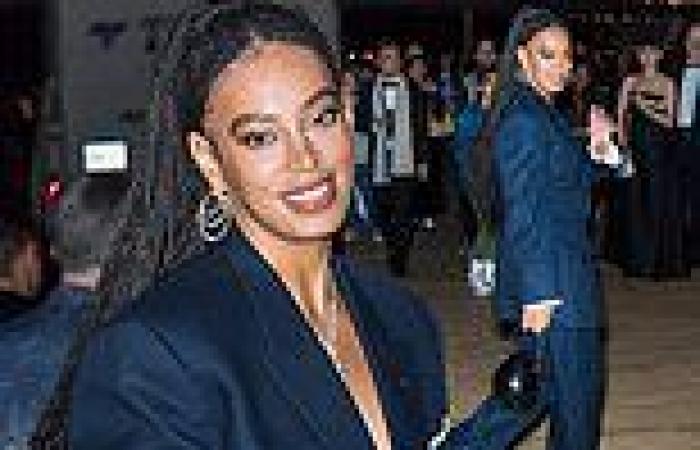 Solange Knowles looks chic in double-breasted suit at New York City Ballet's 2022 Fall Fashion Gala... after she became just the second Black woman to score a ballet for the organization

Solange Knowles was ready for business when she arrived at the New York City Ballet's 2022 Fall Fashion Gala on Wednesday evening.

The 36-year-old musician and composer grinned proudly as she walked up to the David H. Koch Theater at Lincoln Center while wearing a chic double-breasted suit.

Solange was one of the guests of honor at the event, as she wrote the music for the gala's opening piece, making her just the second Black woman to ever compose for the New York City Ballet. 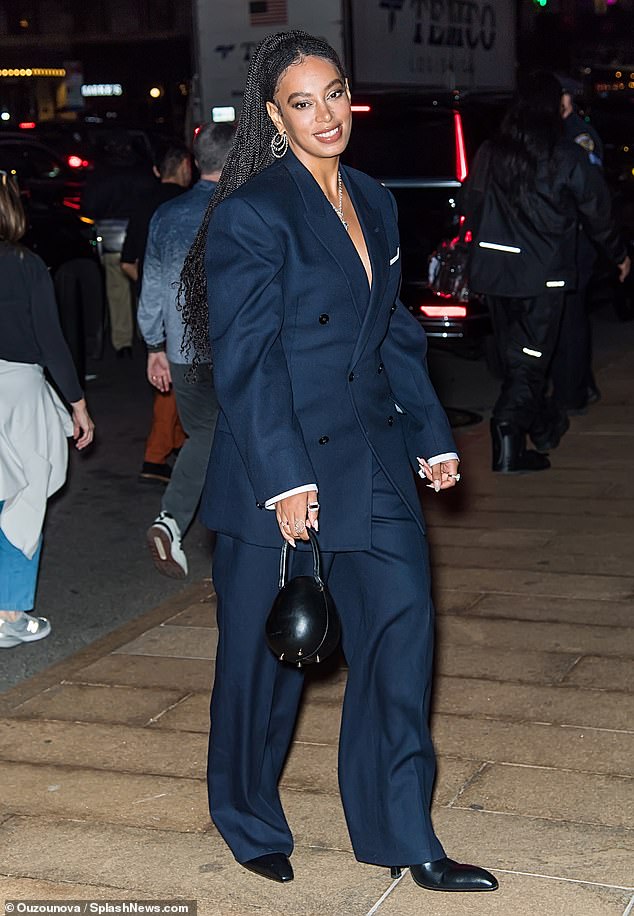 Guest of honor: Solange Knowles, 36, beamed ear-to-ear as she arrived at New York City Ballet's 2022 Fall Fashion Gala, where a ballet she composed was being performed on Wednesday

Solange looked effortlessly elegant as she walked up in her navy suit, which featured a white pocket square and built-in white sleeves peaking out, even though she appeared to go topless underneath her jacket.

She paired the oversize jacket, which hung loosely on her trim frame, with baggy blue pants that reached nearly down to the ground.

The sister of Beyoncé Knowles stayed on the menswear theme with her shoes, which were black heels styled in the front like a black Oxford shoe.

She accessorized her look with an intriguing black egg-shaped handbag, which had little metal studs on the bottom to allow it to sit upright.

Blue mood: Solange looked effortlessly elegant as she walked up in

PREV Katie Price plants a kiss on her son Harvey while they attend an appointment trends now
NEXT Laura Byrne says every couple should wait till kids are old enough to take part ... trends now